1 iTunes one divided into three

On this generation of macOS 10.15, iTunes, which has been with Mac for nearly 18 years, has finally entered history, and iTunes has been split into three apps: music, podcast and Apple TV. And, uh, put youIPhone,IPadAfter connecting to Mac, you can manage it directly in the access sidebar.

The overall design of these three applications looks a lot like a functional navigation menu on the left side of iTunes, and a control component at the top.

Apple Music, which has been launched on the iPhone for a long time, must be familiar to everyone because of its low price and rich music library. Similarly, a new feature of podcasts is to support the relay between iOS devices and Macs, with which devices can continue to listen to previously interrupted programs directly in the "Listen Now" tab. 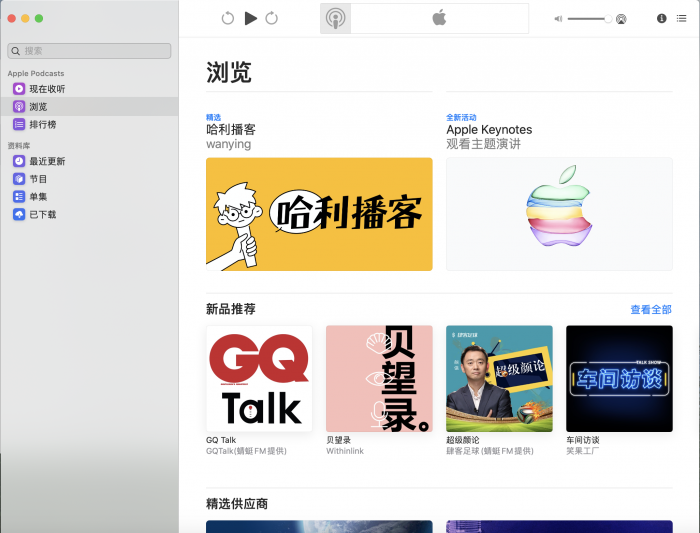 You might be worried about what was in the iTunes database. ICloud can seamlessly synchronize everything on your devices, and you can also connect devices directly to the Mac for backup, recovery and synchronization.

(2) the classification of photos is clearer.

Photos are sorted by year, month and day. Photo previews are bigger, and live photos and videos begin to play automatically when you scroll through them. Photos are also more intelligent, showing important moments such as birthdays, anniversaries and travel. With the improvement of these details, the whole layout is more comfortable, and sorting makes it easier to find photos. 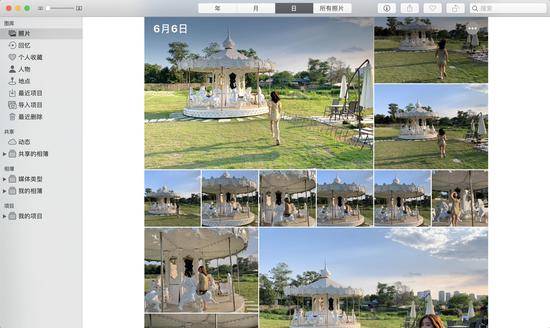 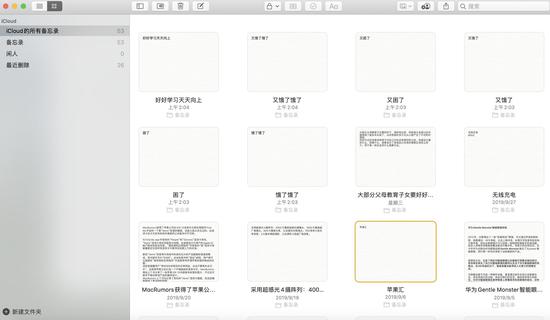 The memo is presented in a new grid thumbnail graphic form, which is more intuitive to let you find the page you need; and supports shared folders, where you can invite others to use the folder together, and everyone can add memo, attachments or subfolders.

4. There are more categories of reminders. 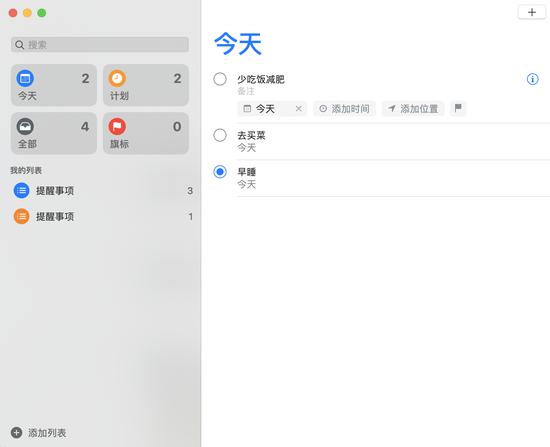 This upgrade is very useful for me, a person with amnesia, to make sure that you have completed the task more intuitively, that the new layout is more intuitive, and that the intelligent list will constantly urge you to remind you of the unfinished items, and that you can better grasp the whole day's journey. 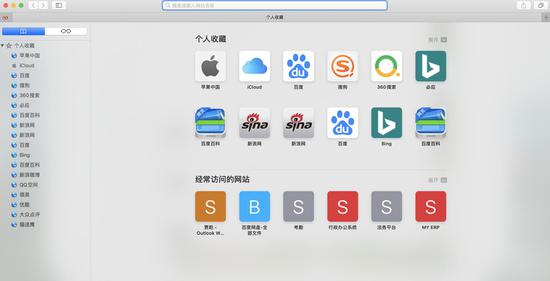 Safari browsers have a new start page, putting personal collections and frequently viewed websites, as well as Siri's advice, at the top of the start page. You will also be warned not to create too simple passwords. Of course, this point of Google and some other sites have already existed before.

If you have an iPad, Sidecar is undoubtedly your biggest new feature. The iPad finally doesn't need to be a bubble cover. Sidecar can expand the iPad into the second screen of the Mac. Screen splitting function inIt's very common on PCs, and third-party software has been done before, right?appleIn terms of this, it means that the screen can be projected wirelessly in the LAN, which is equivalent to the upgrading of the AirPlay screen image.

The Sidecar feature supports wireless connections and does not need to be bundled together over data lines. This requires upgrading iPad to iPad OS, and connecting your Mac and iPad under the same network or using USB-C data lines, and you can choose 'Open Sidecar preferences' for split screen, with a total of 'extended' or 'mirrored' options. 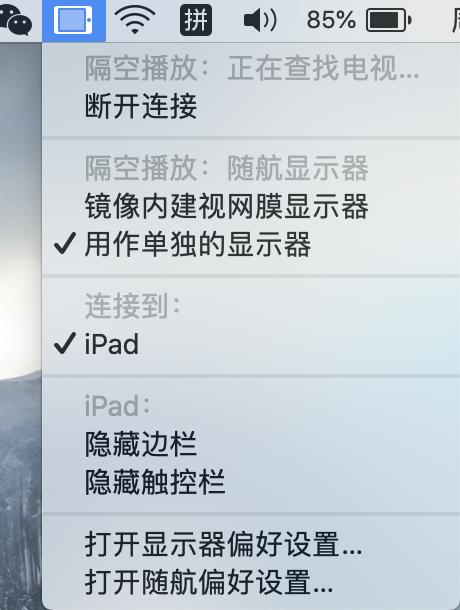 When using the Sidecar feature, the iPad will display additional shortcut areas and TouchBar, and if you are not comfortable with it, you can also adjust the layout in the Sidecar settings. You can do simple touch screen handwear operations in TouchBar, such as cutting, copying and pasting. But other areas don't support touch, and you need an Apple pencil to help you graffiti or click. 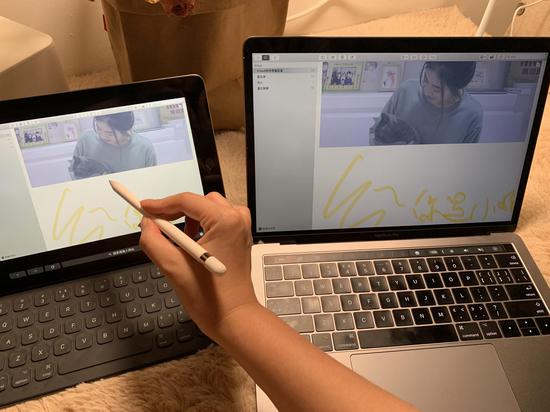 In the actual experience, there is no obvious delay in using the Sidecar feature, and it feels good to use it. This function greatly improves the productivity and existence of iPad, as well as the efficiency of Mac. For some designers or creators left a lot of creative space. 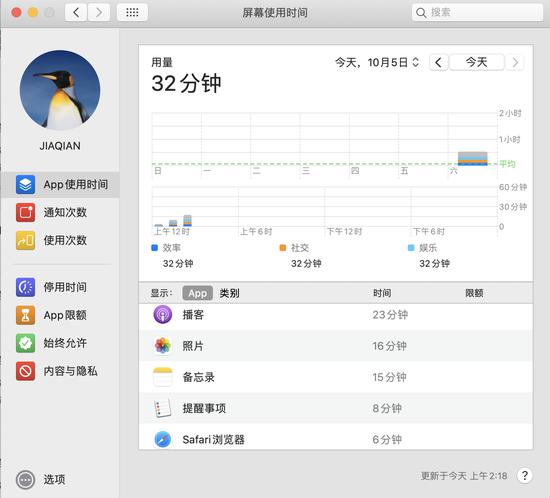 If your boyfriend is always playing games and ignoring you, you can also use the'App Quota'feature to set the length of time to use an App or website. A very human point is that when the time limit is running out, you can save the game process or end the conversation quickly by clicking "one more minute".

On this macOS 10.15, there is a very surprising new feature-voice control, which can help some people with disabilities manipulate Mac. through voice This is reminiscent of the voice control introduced by TNT earlier. At one point, many netizens joked, "Shh, shut up and bother me with TNT"-but the function is much more practical. 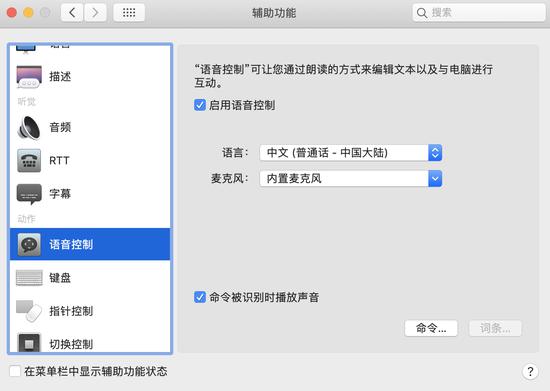 You can turn on voice control in system preference settings - auxiliary functions - dictation. Say "Display Numbers" and the number will appear next to all clickable items on the screen. Then you can speak the digital tags next to the items that can be selected in the App by voice, and you can manipulate the App by stacking the grid. In this way, you can choose, zoom and drag, and you can accomplish them through voice commands. 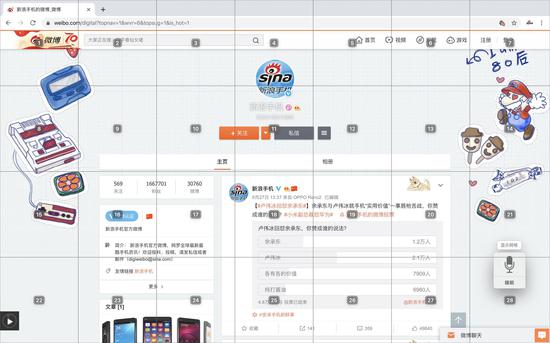 If you can't see the text clearly, just hover the cursor over any text and press the Command key, a special window will pop up on the screen showing high resolution and large fonts.

This new feature is sweet for users who can't use traditional input, making it easier for them to create.

4 iPad App can also be used on Mac

There are a lot of people who think there are too few apps on Mac, and now you can use the previously released Catalyst to create a Mac version of App on iPad. And all of them are transported and stored in the native way of Mac App, which can be dragged and dropped at will with each other.

At present, Asphalt 9, Morpholio, Jira, Fender and so on are available, but there should be more on-line in the future. This new feature is also an important step to break the gap between iOS and macOS, and you can feel that Apple is constantly reinforcing the integration of its product systems.

Security and other details

MacOS Catalina also improves security. Access control will check all applications you install for security issues, which will also set up a "access control" for some malware.

And if App wants to access the manuscript, Desktop, and download folders, iCloudCloud diskData from third-party cloud storage space providers, such as folders, and so on will be verified and confirmed by, macOS Catalina with your consent.

Now you can verify on Mac by using Apple Watch approval and pressing the side button of Apple Watch twice. You can unlock encrypted memos, confirm App installations, and view your passwords in Safari browser preferences without entering a password. 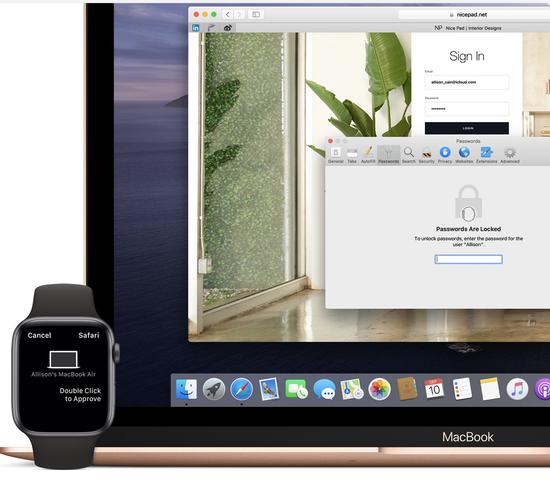 On macOS Catalina, the integration of "find my iPhone" and "find my friends" is integrated.

And even if your lost device is offline, you can find it.

The new search App principle is completely different from the previous one, which enables Mac to send Bluetooth signals to nearby Apple devices that will pass your Mac location to iCloud, so that you can see where the missing Mac is in the App. 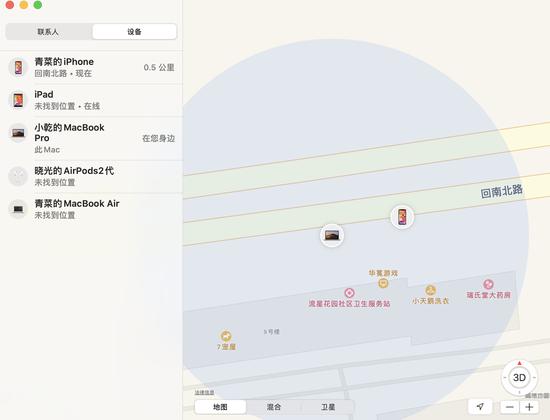 At this point, you may be worried about privacy issues, and Apple's official website notes that the whole process is completely anonymous and protected by end-to-end encryption, so no one, including Apple, can get the identity information of the reporting device. At the same time, reporting is also carried out in silence, and only takes up a very small amount of data in the current network traffic, so there is no need to worry about battery life, data usage and privacy issues.

In addition to the details of the promotion to make the operation easier to use and more practical, macOS Catalina, the most important thing is that you can strongly feel Apple's computer andMobile phoneThe integration of tablets and other products is constantly enhanced, such as iPad can become the second screen of Mac, Apple Watch can be used to approve verification on Mac, App on iPad can also create Mac version, podcast can relay between iOS devices Mac, and so on.

This macOS Catalina makes people feel better that apple is spared no effort to get through the ecological boundaries of its own products, so that the relationship between iOS, iPad OS and MacOS will be more closely linked. This is exactly what Apple has charisma, and you will truly experience the benefits of these powerful interactive ecosystems. It is the "easy to enter and difficult to get out" that Lao Guo fans often talk about.

Related news
macOS Catalina hides 8 unreleased AMD graphics cards
MacOS Catalina experience: accelerated convergence of computers and mobile phones
Apple lists 235 applications that are incompatible with macOS Catalina
Mac OS switch to arm! Where does win10 arm fail
I'm wrong. It turns out that the iPad can actually install windows and Mac OS systems
Android phones can also install windows and MacOS system?!
Android phones can also install Windows and macOS systems? !
The interaction gap between win10 and Mac OS
Hot news this week
With the NIL technology, Canon wants to provide China with a lithography machine comparable to the EUV
The Long March 9 is basically confirmed: the low-orbit carrying capacity of 150 tons can carry the entire space station into space
A small plane in the US has crashed into a 30-metre high voltage power line and got stuck: 80,000 people affected
Alibaba launched a new cross-border e-commerce platform in Spain, aiming to operate independently in the middle and high-end market
Can recording others' wechat chat records be used as evidence? The Beijing Internet Court has an answer
Google is concerned that Microsoft's acquisition of Activision Blizzard will affect the ChromeOS experience
When pure water is used in China team to solve the problem of seawater hydrogen production: it is expected to become an original industry
It's not just Huawei! Beidou has penetrated more than 20 industries and applied more than 15.5 million products
The second generation Snapdragon 8 flagship! Mi 13 toughened film appeared: four sides and other narrow screen accounted for a stable ratio
A Tesla crashed into two cars in Taizhou, Zhejiang province, killing two and injuring one, police said
The most popular news this week
Intel says key issues with U.S. chips have been resolved
RTX 4090 card into PPT 3A game masterpiece apology urgent update patch
Transsion will be holding a launch event in Dubai in addition to mobile phones and laptops
The first Snapdragon 8 series phone in the popular colors of 2023 hits the shelves: a stunning 5600 yuan design
Why do laptops need more memory?
Increase production capacity! Apple speeds up iP14 Pro shipments: Arrive as soon as New Year's Day 2023
What a fan! Netizens spend ten thousand yuan to get three mobile phones at once: beautiful
A bachelor's degree is needed for a New York City rat control manager who earns 1.2 million yuan a year
4090/80 Take that! Third party pre-orders for AMD RX7900: The most expensive over 11,000
Mi 13 series press conference preview: It is likely to start 3999