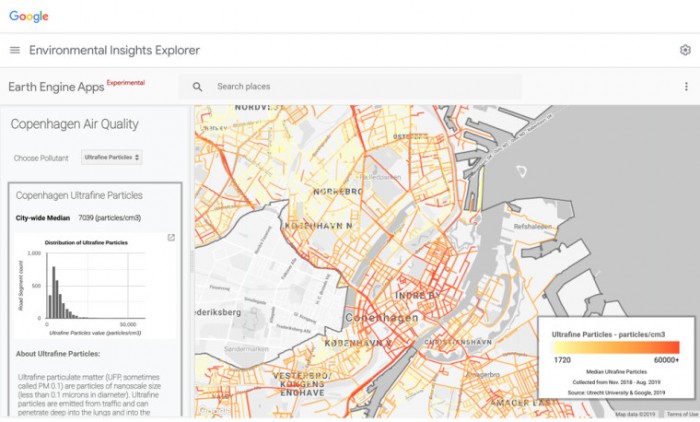 Environmental Insights Explorer will be the first to launch in Europe today, starting in Dublin, Birmingham and Manchester, followed by Wolverhampton and Coventry.

Meanwhile, Copenhagen, as part of EIE Labs, will receive what Google calls "hyper-local Street air quality data", which will help simplify and optimize action against climate change by piloting climate-focused data sets. The Copenhagen air quality map depicted above contains figures for each black carbon and ultrafine particulate matter concentration. This was achieved by using data from Project Air View and Google Street View vehicles (equipped with scientific instruments) to measure air quality at the street level. City leaders and Google believe that these insights will help identify hot spots and be used in planning greener cities in the future. 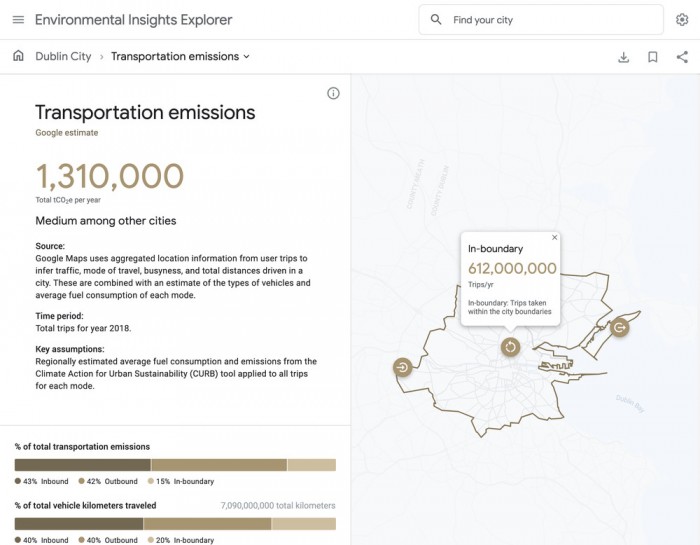 Dublin is already using new tools to help track traffic emissions. Owen Keegan, chief executive of the Dublin City Council, said the tool had the potential to raise awareness of climate change in general and inform people of the impact of measures taken to address the problem:

"Now, we can bring environmental Insights Explorer data analysis into the conversation about greenhouse gas emissions and show people the impact of supporting such plans to help start reducing emissions across the city, which helps debate."

Although EIE is currently available only in some cities, Google is still trying to expand it to other cities to help "create a healthier and cleaner future for its citizens and the planet." Google has also released a form in which ordinary citizens and government officials can nominate their cities to use Environmental Insights Explorer to help deal with the threat of climate change. You can clickHereCheck it out.