The latest research of 3D printing has been published in science, and the printing speed and volume have been improved by an order of magnitude.

A breakthrough that allows 3D printing to really transform manufacturing has been born.

Research team of Northwestern Universitya new 3d printer with a very futuristic nature is developed,The printer is much larger than the existing ones on the market at present, and the printing speed is much faster.You can print out objects the size of adults in a few hours.。 The researchers applied a method called(high area rapid printing) technology, its prototype equipment has a printing bed with a height of about 4 meters and a transverse area of nearly 1 square meter.It can set record production and produce a wider range of products on demand.

Over the past 30 years, most of the scientific research efforts in 3D printing have been aimed at challenging the limits of traditional technology. In general, the pursuit of printing larger components comes at the expense of speed, production and resolution. But now, HARP technology has to compromise with the past.It can print out a single, large-scale part or many different widgets at a time.

The study was published today inJournal, Chad a. Mirkin, Professor of chemistry, George B. Rathmann, and director of the international nanotechnology research institute, Weinberg School of Arts and Sciences, Northwestern University, completed the study with David Walker and James Hedrick, both of whom are researchers of Mirkin laboratory. 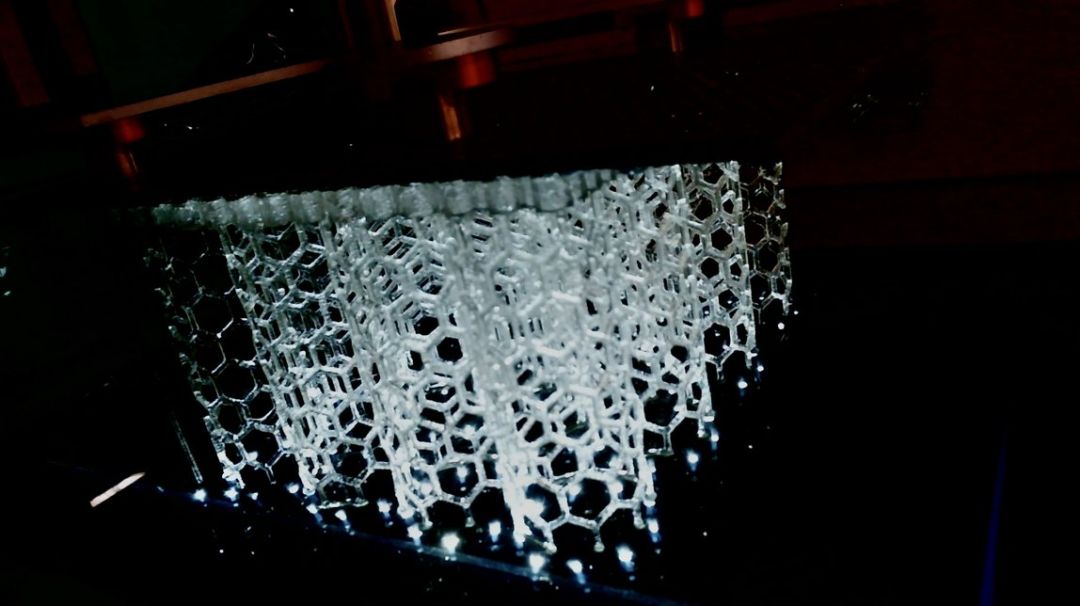 At present,One of the main constraints to the development of 3D printers isQuantity of heat.Each resin based 3D printer will generate a lot of heat when it is running at high speed, sometimes even more than 180 ℃. This will raise the surface temperature to a more dangerous level, and will also cause the printed parts to crack or deform. The faster the speed, the more heat the printer generates.If it is large and fast, the heat generated is extremely strong.

This problem has tied the vast majority of 3D printing companies and can only keep a small print size, for example, the shoe box size is already a ceiling. David Walker 表示：

Northwest University's technology circumvents this problem by using anon-liquidIts performance is similar to that of liquid Teflon (Teflon, polytetrafluoroethylene). Devices that use HARP project light through a window to solidify the resin on a vertically moving plate; at the same time,

At present, the new stereo printing technology of harp developed by the research team of Northwest University is applying for patent. Harp technology can convert liquid plastics into solid products. It uses the projected ultraviolet rays to solidify the liquid resins into hardened plastics in the vertical direction for printing. The method can print hard, elastic and even ceramic products. Compared with the laminated structure made by other common 3D printing technologies,The parts printed with HARP technology have stronger mechanical strength and can be used as parts for cars, aircraft, dentistry, orthopaedic surgery, clothing and other products. 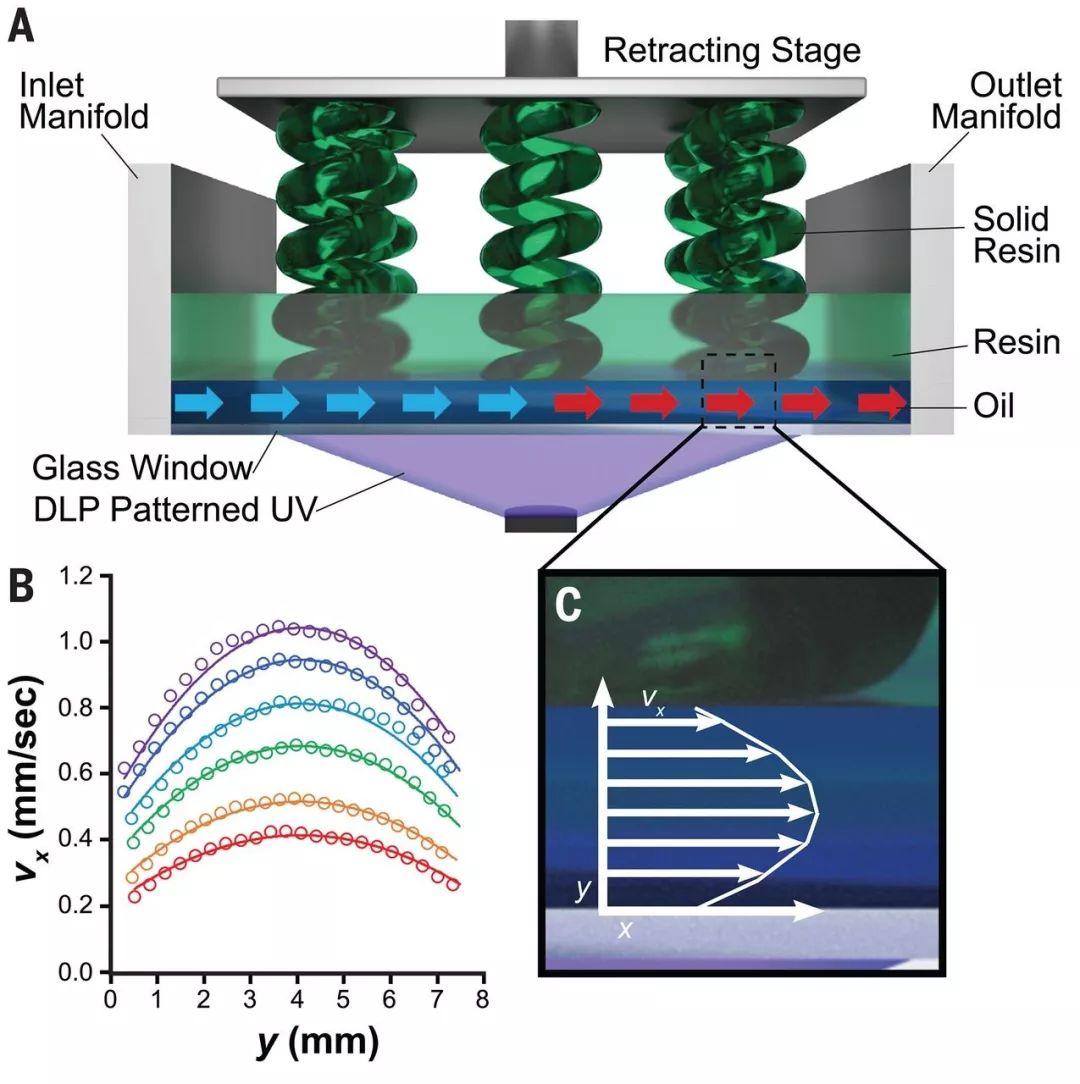 Second, bring it to the manufacturing industry

The traditional manufacturing method is still a tedious process. Usually, the mold should be designed in advance and adjusted continuously. These molds are relatively expensive, easy to generate static electricity, and occupy storage space. To predict how many parts may need to be produced to plan the usage of the molds in advance, manufacturers also need to store the molds in a huge warehouse.3D printing can simplify the whole process and realize on-demand manufacturing.Of course, depending on how much output, there is a mold and 3 D printing between.

Although 3D printing has transitioned from prototype reference to actual production, the size and speed of 3D printers in the existing market limit the product to small size and small scale production.The equipment using harp is the first 3D printer that can simultaneously prepare large / small size parts in large quantities.

It wasn't that no one used to make large 3D printers, but other printing techniques slowed down or reduced resolution. Other parts produced by printers of the same size as HARP devices usually require grinding or reprocessing, etc.It uses high-resolution light pattern to print ready to use parts without a lot of post-processing, which is a feasible way to produce consumer goods in commercial. 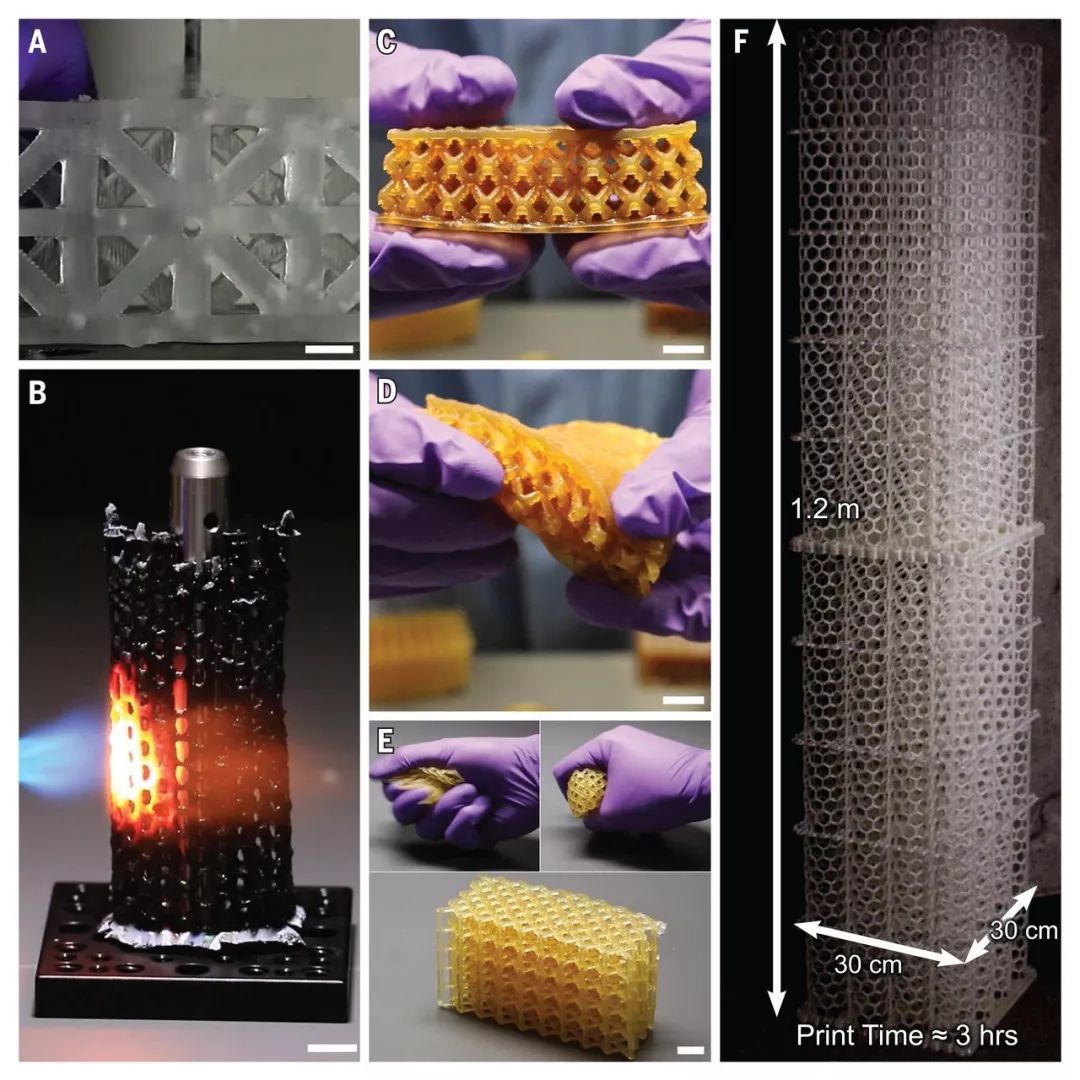 In China, there are also startups working in the industry, Carbon's

And will this research breakthrough from Northwest University break the existing pattern of 3D printing industry? It will take time to test, and probably not too long. The schedule given by the research team is 18 months, and the equipment can be put on the market.

Now, James Hedrick has teamed up with a research team to create Azul 3D, a company owned by researchers and Northwestern University. Similar to the team elite background of other 3D print header companies, Azul 3D's CEO

In the current team of only a dozen people in Azul 3D, Edward Cottiss, a mechanical engineer, graduated from Virginia Institute of Technology

It may be difficult to predict where the 3D printing industry will go in the future, but unexpectedly, it should be led by these academic elites.

Related news
AI has captured many people and has re-entered Science, training costs $150, and wins 1,000 knives per hour.
Chinese scientists Science > they want to answer Einstein's questions.
Chinese scientists re-appear in Science to answer Einstein's questions.
The latest research of 3D printing has been published in science, and the printing speed and volume have been improved by an order of magnitude.
Awesome China scholar! The latest paper on the cover of Science: how the new coronavirus invades cells
Science responds to "counterfeiting" of China's fuel cell research
Science robotics cover paper: how does a software robot walk without electronic components?
Hot news this week
With the NIL technology, Canon wants to provide China with a lithography machine comparable to the EUV
The Long March 9 is basically confirmed: the low-orbit carrying capacity of 150 tons can carry the entire space station into space
A small plane in the US has crashed into a 30-metre high voltage power line and got stuck: 80,000 people affected
Alibaba launched a new cross-border e-commerce platform in Spain, aiming to operate independently in the middle and high-end market
Can recording others' wechat chat records be used as evidence? The Beijing Internet Court has an answer
Google is concerned that Microsoft's acquisition of Activision Blizzard will affect the ChromeOS experience
When pure water is used in China team to solve the problem of seawater hydrogen production: it is expected to become an original industry
It's not just Huawei! Beidou has penetrated more than 20 industries and applied more than 15.5 million products
The second generation Snapdragon 8 flagship! Mi 13 toughened film appeared: four sides and other narrow screen accounted for a stable ratio
A Tesla crashed into two cars in Taizhou, Zhejiang province, killing two and injuring one, police said
The most popular news this week
Intel says key issues with U.S. chips have been resolved
RTX 4090 card into PPT 3A game masterpiece apology urgent update patch
Transsion will be holding a launch event in Dubai in addition to mobile phones and laptops
The first Snapdragon 8 series phone in the popular colors of 2023 hits the shelves: a stunning 5600 yuan design
Why do laptops need more memory?
Increase production capacity! Apple speeds up iP14 Pro shipments: Arrive as soon as New Year's Day 2023
What a fan! Netizens spend ten thousand yuan to get three mobile phones at once: beautiful
A bachelor's degree is needed for a New York City rat control manager who earns 1.2 million yuan a year
4090/80 Take that! Third party pre-orders for AMD RX7900: The most expensive over 11,000
Mi 13 series press conference preview: It is likely to start 3999