Of course, not porting API doesn't mean we don't have any chance of using new technologies, it's just that they don't appear in the. Net Framework code base.

Let's take a look at the development of. Net core and. Net framework. 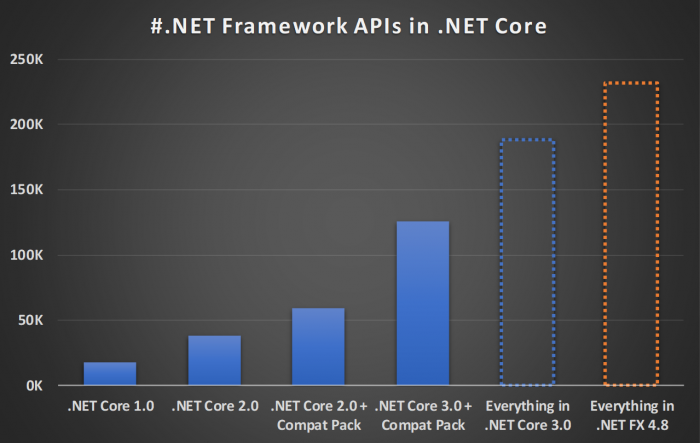 Microsoft said the future of. Net will be based on. Net core. At the build 2019 conference, Microsoft announced that AppDomains, remoting, web forms, WCF server and windows workflow will not be migrated to. Net core. It is no longer planned to migrate any. Net framework technology to. Net core. As mentioned earlier, Microsoft will open source and does not intend to migrate to the. Net framework code base of. Net core 3.0, hoping to make a contribution to creating more OSS projects for the community.

For example, two community projects based on this have been bornCoreWFgentleCoreWCF.