On the afternoon of October 21, Tencent announced the launch of the "Tencent Science Week", which held a global scientific exploration activity in the first week of November, which is also the first upgrade of Tencent's seven-year science-WE conference.

According to reports, in addition to the previous Science WE Congress, the first Science week also launched two new activities: the Medical ME Congress and the Scientific Exploration Award presentation ceremony. The three events will be held in Beijing from November 2 to 4.

Among them, the Scientific Exploration Award was jointly sponsored by Ma Huateng, founder of the Tencent Foundation, Rao Yi, a professor at Peking University, and scientists such as Yang Zhenning, Mao Shude, he Huawu, and other scientists.To attract more young people into the research of basic science and the technology of the leading edgeThe awards ceremony was held on November 2 th.

On November 3, the 7th Tencent Science WE Conference was held. This year, the General Assembly takes the "small universe" as the subject, focusing on the exploration of the macro-world in the micro-matter, the sharing of the string theory, the micro-particles, the brain science and the geological science.. On the second day of the WE conference, the first Tencent Medical ME Conference will be held in the same place, focusing on cancer, depression, AIDS and other most concerned disease topics, showing cutting-edge medical breakthroughs.

it is understood that,Tencent Science week, initiated within the company by Ma Huateng, chairman and chief executive of Tencent's board of directors, is an important move to implement its new vision of "technology for good". 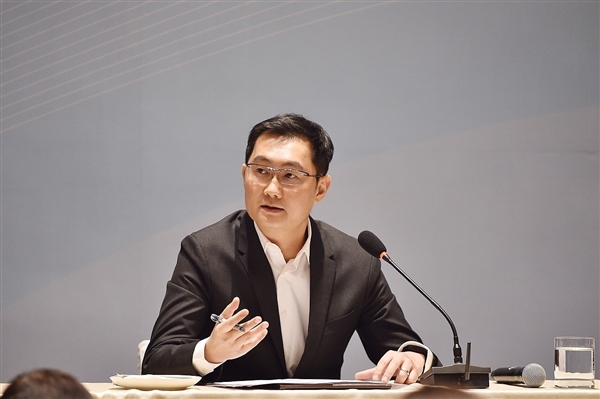 Related news
Science: Accurate to the atomic level! These protein crystals are the "culprits" of asthma.
Science "persuasive retreat": reading Bo pressure mountain, it is time to drop out of school
Chinese scientists protest against the scientific research environment in the United States. "Poisonous," Nature and Science speak out!
Harvard's new research is on the cover of Science: This mechanical exoskeleton is a pair of "light work" shorts
Science paper confirmed: "Gay genes" does not exist! Genes cannot predict homosexual tendencies
Chinese scientists Science > they want to answer Einstein's questions.
Hot news this week
Is it the second Foxconn, LANs technology, Mengniu and even "old Ganma"?
Tencent received "dog ", Li Yanhong after all is wrong to pay?
Mobile payment war of seizing ant financial services and Tencent in Southeast Asia
Sogou has to be sold. Is Tencent's high price worth it?
New battlefield of Ali, pinduoduo and Jingdong: Fruit Farm
Tesla Model x? Foreign media articles are "overturned" by Weilai
Does Tencent's acquisition of Sogou challenge Baidu's position in the search industry?
China Unicom launches plus membership: minimum 99 yuan / year, 12 VIP free choice
The investment bank predicts that Apple's third quarter earnings report is full of flexibility, and the future focus is still on the 5g version of the iPhone 12
Rog game phone 3 engineering machine snapdragon 865 plus has a main frequency of 3.4GHz
The most popular news this week
Cloud game platform free online play dangbei projection to teach you how to play cloud games in large screen
Tencent video will broadcast China Animation Gold Award "Long Song Xing" live version
Real electronic dog! Free implantation of microchips for Wang Xingren in Shenzhen
One of the seven mathematical problems in the millennium has been solved by the Chinese? Professor of National Defense University issued a paper to prove that NP = P
Will mobile games replace PC and PC games in 5g era? Qualcomm takes the first step
Tencent, Ali joint production! Eight hundred official issued a statement: no notice issued
Or because of advertising violations! Tesla fined 50000 yuan by Beijing Municipal Bureau of supervision
Bezos Musk's face is just! Amazon plans to spend $10 billion on space Internet
AMD will surpass apple in the second quarter of next year
American youth: saving tiktok