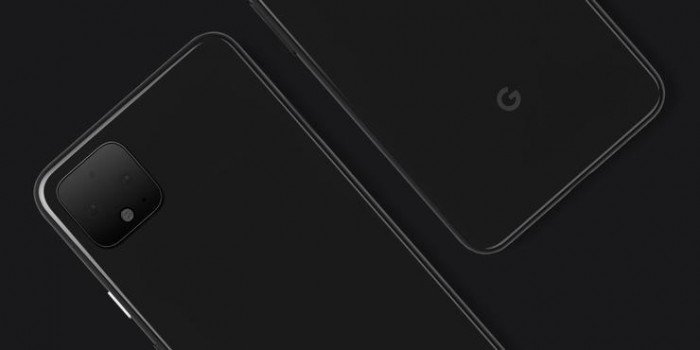 What's more, the backer behind this product is a generation of technology giants Google..

Before we talk about pixel 4, let's talk about what pixel product line means to Google.

Before Pixel, Google worked with relevant hardware manufacturers to launch a series of Nexus hardware products; this series is characterized by the provision of software systems and updates by Google, and the related hardware appearance and design scheme, and then by third-party manufacturers. Google hopes to use Nexus series to lead the development direction of the Android camp and provide demonstration benchmarking products for many Android native users.

From 2011 to 2015, Google launched seven nexus phones, which are also known as Google's "Pro son"; however, later facts proved that pixel series is the real Google "Pro son". 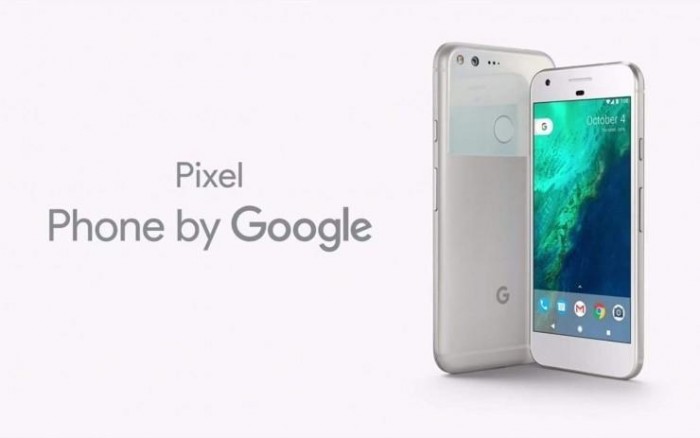 Since 2016, Google has launched its own smartphone Google Pixel, and launched a new hardware strategy for Made by Google. Unlike the Android benchmarking of the Nexus series, Google personally led the software and hardware design of each generation of Pixel phones, spent a lot of publicity money on Pixel phones, opened physical stores, opened the launch from geek Silicon Valley to fashionable New York, added a lot of exclusive features at the product level, and spent $1.1 billion to buy a lot of HTC patents and talent-not only that, Pixel andIPhoneSimilar high pricing also suggests that Google wants to increase revenue and even profit from the product.

So why does Google make its own hardware?

After all, as one of the largest listed companies in the world, Google parent company alphabet's revenue structure is too unbalanced and its dependence on advertising business is too serious.

The following is the proportion of advertising revenue in the total revenue of alphabet financial report (in%). It can be seen that:

Until the latest quarter results, released in July 2019, Alphabet still accounted for 83.7 percent of advertising revenue.

Therefore, for Google, the continuous investment in hardware is actually a necessary move for it to strive to diversify its business and reduce its dependence on advertising business, and pixel smart phone, as the core of hardware, is the top priority.

Of course, the market performance of the first three generations of pixel is not satisfactory, but in the face of doubt, Google CEO Sundar Pichai said in the financial report conference call that the hardware business is just in its infancy, but Google will be extremely invested, and it is a long-term investment, because it is very important to promote the development of future computing, and it is conducive to Google presenting services to users; he thought At present, the whole mobile phone industry is in a headwind stage, but the whole ecosystem is in innovation. The coming of 5g or folding screen mobile phones will bring more innovation, so we will look forward to it. 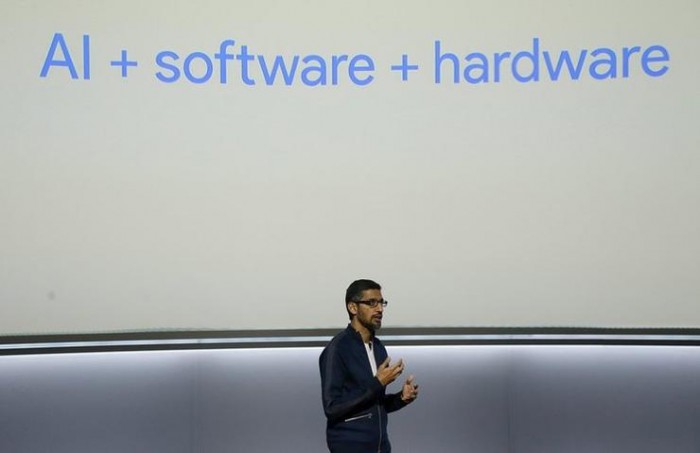 It's worth mentioning that a few months ago, business insider reported that although Google has reduced the size of hardware departments such as laptops and tablets, it has not involved the smartphone department, which shows the importance of pixel business to Google.

In the context of the importance attached to the smartphone business,Google's positioning for pixel products is no longer to create a model benchmarking product for Android camp, but to strive to create differentiated product attributes based on its own strength.This will push pixel to the high end, and compare the price with that of iPhone andSamsungCompete with each other.It is true that the actual performance of the first three generations of pixel phones is not satisfactory, but it does not prevent Google from maintaining such ambitions on pixel 4.

So, looking at the four generations of products, how does Google focus on pixel differentiation?

First of all, under the condition that the hardware strategy has been determined, the positioning of, Google Pixel series is high-end.AppleSamsung and other competitors. But Samsung has unparalleled hardware supply chain advantages, Apple has the ultimate hardware product capabilities and iOS systems, both of which are missing from the hardware novice Google. At this point, Google had to focus on what it was best at-algorithms and artificial intelligence-at the heart of the Pixel series. 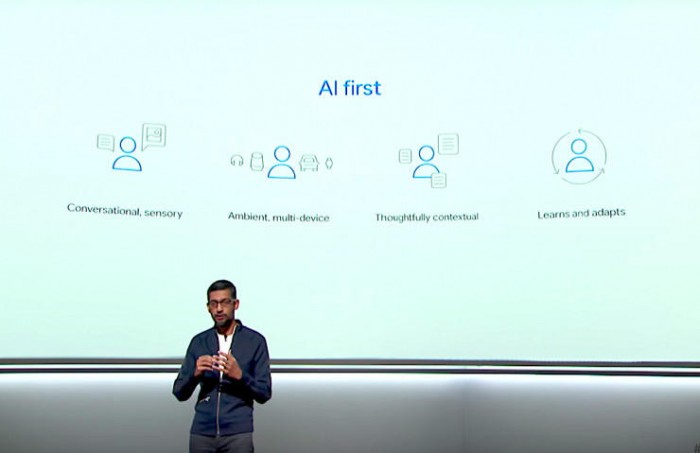 Let's take a look at the main differences of Google pixel series:

The above are the differentiated functions of Google pixel series at the software and service levels, but from the hardware level, Google actually has some achievements:

I think Google's hardware improvements at this level are amazing. It is much more difficult to make a breakthrough than software protection. 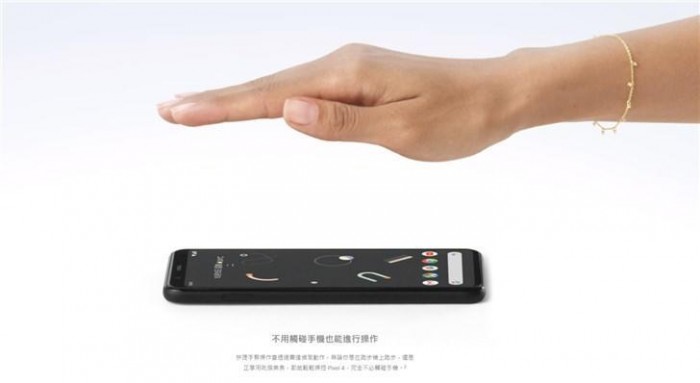 If software, AI algorithm and service are what Google is good at all the time, then from the perspective of hardware, Google is not lack of the core hardware technology chip level capabilities, and these capabilities are the embodiment of Google's deep skills in technology accumulation and investment, and also rare in the whole smartphone industry. In addition, whether it's pixel visual core, Titan m or soli, it needs a long period of investment, so it's actually the result of Google's advanced layout of core technology.

Therefore, despite the poor sales volume of pixel series, with Google's support and its own differences in hardware and software, it still has considerable technical content and industry value, which is fully reflected in the latest generation of pixel 4.

Frankly, despite its unique product points, the Pixel line is not doing well in sales.

At the time of the first pixel release, Wall Street's sales forecast for this product was 3 million to 4 million units, based on Google's brand strength and market role. However, in March 2017, media reports said that pixel's annual sales volume in 2016 was 552000, which can be described as bleak - in contrast, Apple's mobile phone sales in the fourth quarter of 2016 were 78 million.

When it comes to pixel 2, perhaps due to the improvement of the supply chain capacity and the support of pixel visual core, the sales volume began to improve; according to the news released by Francisco Jeronimo, research director of IDC, a market research institution, in February 2018, the sales volume of pixel series mobile phones reached 3.9 million in 2017.

Pixel 1 and pixel 2 both start at $649, but pixel 3 rises sharply to $799, but in later cases, pixel 3 often drops in price. In May 2019, alphabet CFO admitted that pixel sales were not good, mainly because of fierce competition in the high-end market. Later, Google released a cheap version of pixel 3a. In just over a month, the sales of pixel in Q2 2019 increased by more than two times over the same period last year. However, up to now, Google has been silent about the specific sales volume of pixel series. 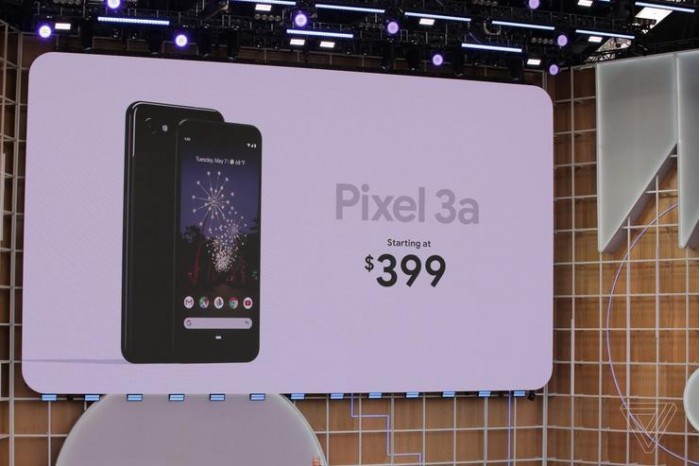 So, apart from the high price, why can't the sales of pixel series go up?

On the one hand, Google has to pay high tuition fees because of its lack of hardware fundamentals and supply chain experience. For example, when the first generation of Pixel was released, although it was a global technology giant, Google was still out of stock at a time when Pixel users were in strong demand, failing to turn market demand into real sales in time. At the same time, in the previous release of the Pixel phone, some of the hardware problems that affect the user experience have frequently occurred, such as screen, sound, heating, software and other aspects of the failure, but also affected its reputation-even the Pixel 3 is not immune.

On the other hand, Google is too "willful" in its planning of pixel products. For example:

Google pixel 4 mobile phone is one of the best zooming cameras with its dual camera configuration... However, if you want to go further, you need to add a third ultra wide angle camera and a dedicated TOF sensor for shot shooting.

From other configurations, Pixel is not a comprehensive pursuit. Take the latest release of the Pixel 4 as an example, with battery capacity at 2800 Ma (even iPhone 11 on 3110 Ma), Snapdragon 855 (not Cellon 855) processors (probably too late here, because Google takes a lot of time to collaborate with Pixel Neural Core chips) and 6GB (not 8GB, which is commonly used on Android flagship machines). These projects, which have a direct bearing on consumer experience and psychological acceptance, give the Pixel 4 no obvious advantage, or even a slight loss, in its configuration with rivals in the Android camp, such as Samsung. 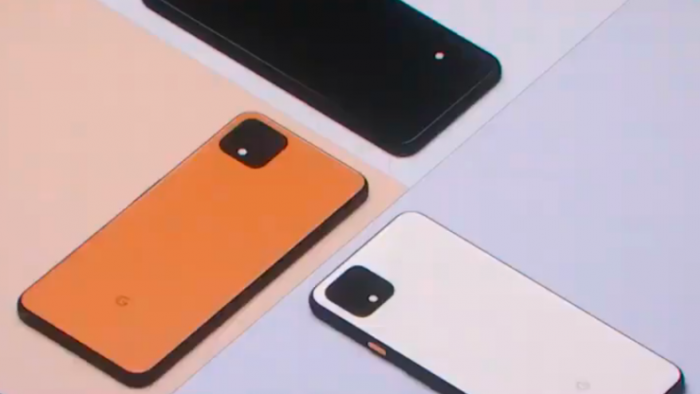 It can be seen that in terms of pixel's product planning, Google still seems to be too "self": although it has strong financial support and strong technical research and development capabilities, it is obvious that it does not pay enough attention to the product points with obvious consumers' actual needs perception, or even some neglect.

Therefore, even if it is the fourth generation product, Google pixel series still gives the impression of a player: there are mines at home, no less money, some unique skills, and ambitions, but the short board is obvious, emotional intelligence is not enough, not enough to understand users, willful, and a little independent - this is an admirable and potential opponent, but at present, it is in smart phones. The market is still very difficult.

Of course, with the importance of the role of smart phones, the wealthy Google is unlikely to give up the pixel Series in the foreseeable future; therefore, the pixel series still can afford the tuition, and there is still enough time and opportunity to adjust their product strategies and become mature at the product level. However, Google actually relies on pixel to make money, so the current pixel team is not so easy.

So the question is, will the next generation of pixel be more mature after "willful" pixel 4?