Gates: if there is no antitrust case, windows mobile will dominate the market

Bill Gates (Bill Gates) said on Wednesday that without the antitrust investigation launched by the Justice Department against Microsoft, Windows could become the world's leading mobile operating system, according to foreign media reports. Speaking at the DealBook conference held by the New York Times in New York, the Microsoft founder and board member said:"There is no doubt that the anti-monopoly lawsuit was a bad thing for Microsoft. We could have focused more on the development of mobile operating system. Therefore, if it was not for the anti-monopoly case in that year, today's consumers would not buy Android phones, but would use windows mobile operating system phones. 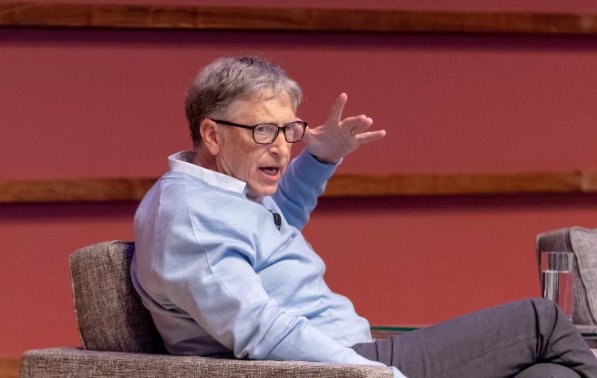 Gates' remarks reflect another real problem, that is, even thoughMicrosoftIn the desktop PC world withWindowsSystems dominate, and they take the lead in other areas, such as productivity software, but they no longer have any chance of operating systems, and the company is no longer even targetingMobile phoneWhen mobile devices develop Google, owned by Windows.Alphabet, an Zhuocheng is in second place for the most popular operating system in the world today.appleThe IOS system of.

In addition, Gates' comments reflect another thing, that is, the current antitrust cases faced by large technology companies are likely to have a huge negative impact on these companies.

Earlier this year, Gates said the biggest mistake he had made at Microsoft was that he had failed to make Windows the world's leading mobile operating system.

Gates also said he would not have retired so early had it not been for the antitrust investigation launched by the US government against Microsoft in 1998. Gates started the company with Paul Allen (Paul Allen) in 1975 and then stepped down as CEO in 2000, just at the height of the antitrust case, when Gates left office and asked Steve Ballmer (Steve Ballmer) to replace him as CEO..

He says early retirement is good for him personally because he can spend more time with his wife, Melinda Gates (Melinda Gates), Gates and his wife, who founded the Bill and Mailin Al Gates Foundation (Bill).

Mr. Gates said: "I don't have any complaints about my life, because it's almost 99% of the things that are very, very good."

Meanwhile, US Democratic presidential candidate Elizabeth Warre has expressed a desire to split technology companies such as Amazon, Facebook and Google.

"I don't think Microsoft should be split," Gates said. "I object to that, and I don't want any company to be split." Gates said he had not spoken to Warren yet.

"I don't know how open-minded she is or whether she would like to sit down and talk with someone with a lot of money," he said. "

Related news
Gates: if there is no antitrust case, windows mobile will dominate the market
Windows 10 mobile releases the last security update
Eulogy to Windows Mobile: it's not Apple's fault that Microsoft is a "slow follower" (photo)
Hot news this week
Wechat has not done this function for N years! Use this app to make up for the defects of wechat
Microsoft official free data recovery tool windows file recovery experience
IPhone 12: it's more like throwing away the charger
Gree's response to "being disqualified from winning the bid": a mistake made by the bidder in sorting out the materials
Apple wants to know: what do you do with the charging head of the old iPhone?
Tencent magic change Yang surpasses video self mockery: I'm a simple and honest fake spicy sauce lost 16 million
Luo Yonghao comments on ideal one: Tesla Model 3 is not a car of a level at all
A 400-brand evacuation Facebook： the internet giant strangled?
How long can "Laoganma" carry on after winning Tencent?
The dotcom bubble? U.S. technology stocks surpassed their 2000 highs relative to the S & P 500
The most popular news this week
Yijia returns to the affordable mobile phone market! Nord announced: see you on July 21
Alibaba cloud IOT and tmall Genie jointly set up "Ali aiot innovation center"
IPhone 12 series case exposure: Design reproduction of apple 4
Galaxy A71 of Samsung 5G UW models will provide Verizon users with a millimeter wave experience
Nord announced: see you on July 21
More focus on the design of Internet of things
NASA releases inspirational Mars fortitude Rover Promo
Air conditioning industry "palace fight" drama! Glimei's open "fight"
withdraw from a group! The United States officially informed the United Nations to withdraw from the World Health Organization
How to turn on Windows 10 GPU hardware acceleration? Microsoft tips