In early October, amd announced the RX 5500 series of new cards based on 7Nm process, rDNA architecture and Navi core, including desktop and mobile versions, but it has not been officially released.

Now, a suspected official propaganda material from AMD is leaked, which details the specifications and performance of the RX 5500 series. 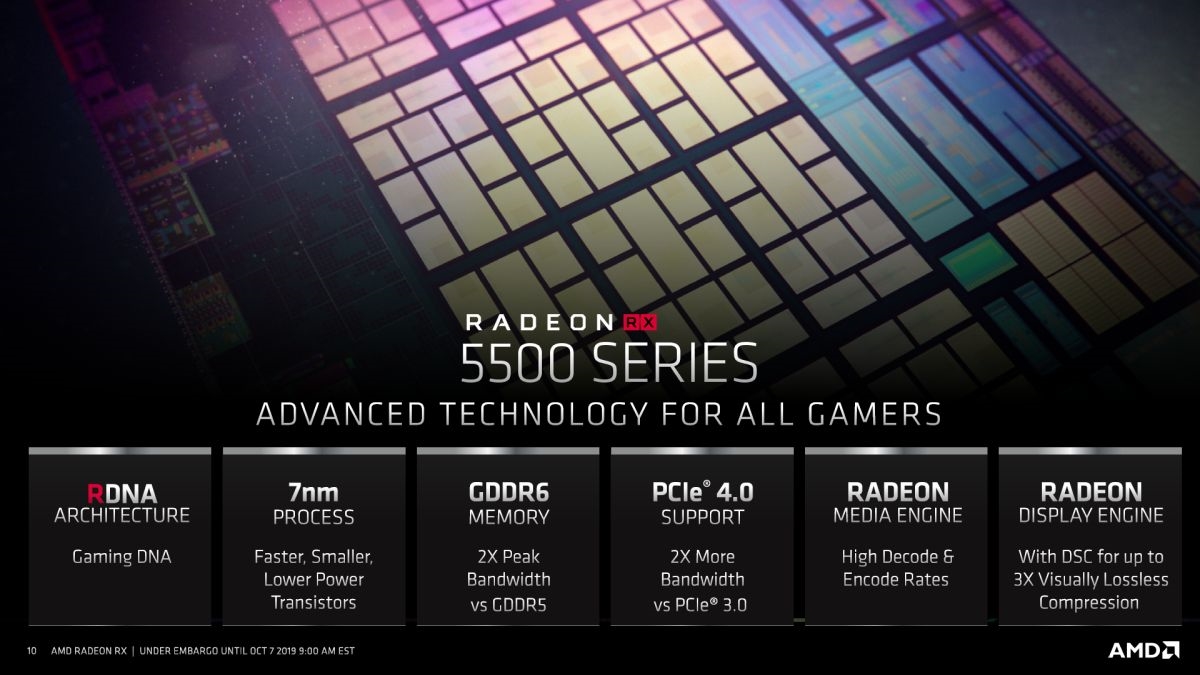 However, the materials are not listedLegend advanced RX 5500 XT, it is said that it will cover all 24 computing units and 1536 stream processors.

In addition, it is worth mentioning that in the product line layout, it is said that all the discontinued and delisted radeon VII are still listed, but the RX 590 / 580 / 570 of Polaris architecture is missing, only the RX 560 / 550 is left. It seems that with the release of the RX 5500 series, Polaris, which has been persisting for many years, will finally retire completely. 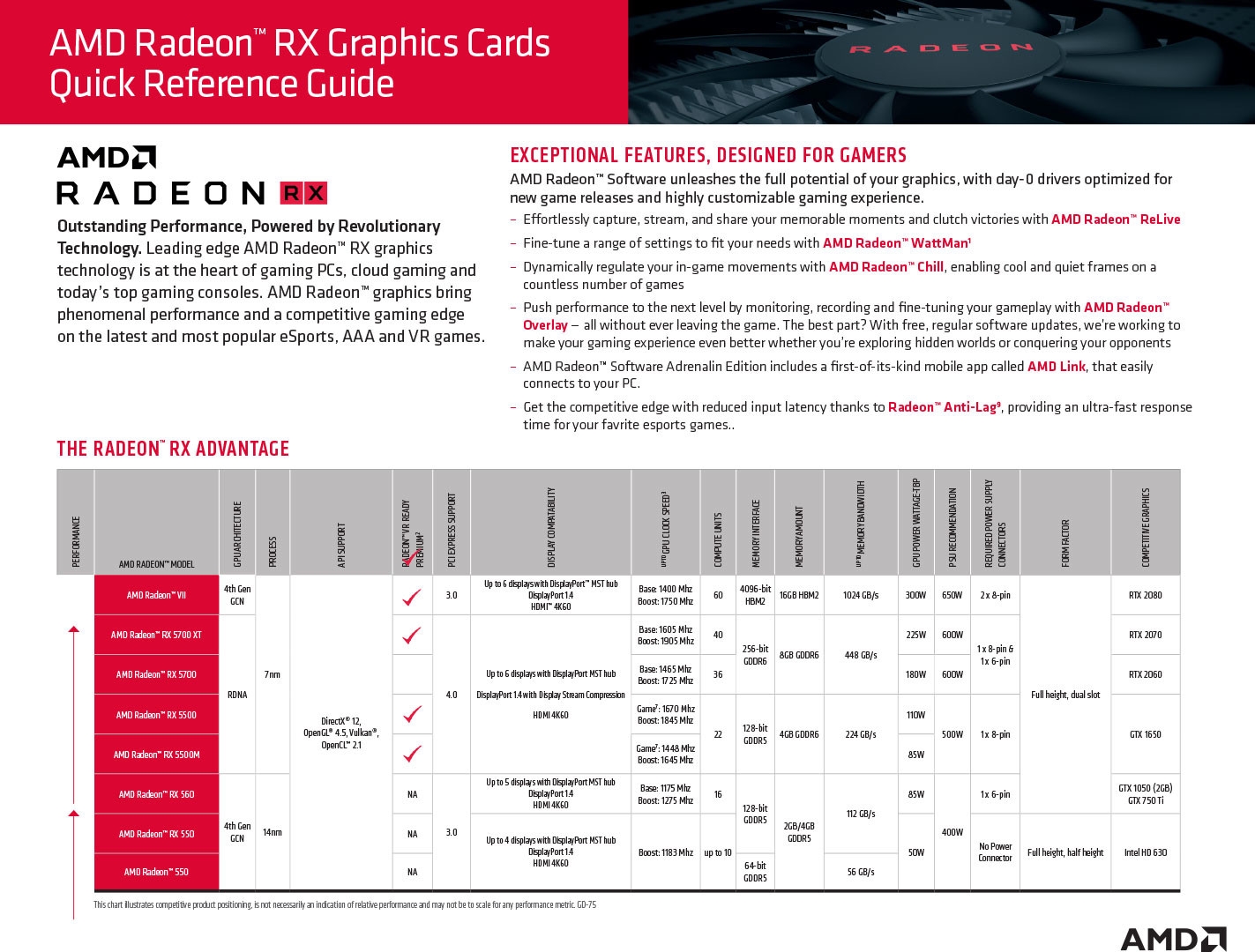