Sony and Microsoft both confirmed that ps5 and Xbox Scarlett are surprisingly consistent in the choice of hardware bottom layer again, both of them are from AMD semi customization, CPU is based on zen2, GPU is based on radeon rDNA (Navi).

Among the disclosed features, ps5 and Xbox Scarlett also have many similarities, such as support for ray tracing, 8K resolution, 120fps, ultra-high speed SSD, etc.

When today's financial report for the third quarter of fiscal year 2020 was released, Huang Renxun told the media and analysts that both Sony and Microsoft saw the success of light pursuit on RTX graphics card before they stopped and suddenly woke up, and decided to apply the technology as well.

Mr. Huang stressed that facts speak louder than words. Ray tracing is the future. RTX is the pioneer of this school.

Huang's words are really amazing. After all, RTX 20 series graphics card was released last August, and the development cycle of ps5 and Xbox Scarlett is certainly far ahead of that.

Of course, from a different point of view, Lao Huang can't be because Sony, Microsoft didn't turn over its own GPU brand.

In theory, rDNA is not like NV Turing, which has a hardware core unit for ray calculation, so it's a question mark for the moment about how fine ps5 and Xbox Scarlett will be on TV. 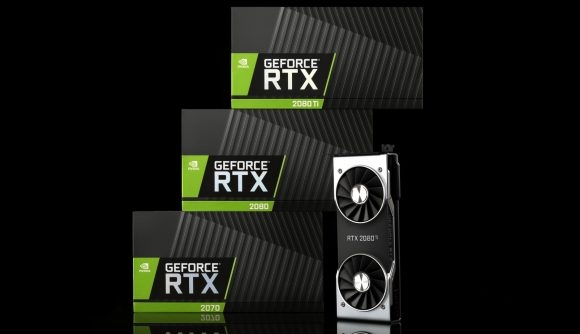 Related news
NVIDIA Huang Renxun: Raytracing has become the industry standard for games
NVIDIA RTX Turing graphics card slowdown everyone are waiting for AMD 7nm Navi graphics card?
NVIDIA Huang Renxun: the success of RTX graphics card awakens Sony ps5 to join in support of optical pursuit
NVIDIA: the performance of RTX 2080 is better than that of GPU of next generation host
NVIDIA Huang Renxun ridicules the next generation host: the performance is not as good as the RTX 2080 graphics card
NVIDIA official suggested that the new RTX card 7Nm amp graphics card frequency should be 2GHz?
NVIDIA RTX 3090: 4992 stream processors, 12gb gddr6 RAM
The price of RTX 3080 graphics card rises again NVIDIA laughs: revenue will increase by 16%
Hot news this week
Yao Ting, a "gifted girl" who won Huawei's 1.56 million yuan annual salary, responded: what does salary not mean
Qualcomm lobbied the US government to lift the ban on the sale of components to China
Tencent re racing e-commerce, but does not want to make the next pinduoduo
Tencent's response to wechat ban issued by the United States: under evaluation
Xiaomi 10 supreme commemorative edition press conference Lei Jun's live rehearsal
Wechat in Apple's Google App store may be banned. What if wechat can't be used on iPhone
Ali 88vip bought value: you can get Netease cloud music black glue annual card for free
Tencent launched the largest school recruitment in history, and these positions are most popular
The United States blocked tiktok and wechat one after another: This is the real purpose!
Votebymail is dedicated to helping American voters easily apply for postal ballots
The most popular news this week
The Supreme Court of New Jersey ruled that suspects could be forced to unlock passwords for smartphones
Google brings earthquake detection and early warning capabilities to Android devices
US $765 million loan suspended Kodak shares on "roller coaster"
Mozilla to lay off 250 jobs after covid-19 pandemic affects revenue
A new patent shows that Apple Watch antenna can be moved to improve signal quality
Lei Jun gave a 4-hour speech on Xiaomi's 10th anniversary
Lei Jun gave a 4-hour speech on Xiaomi's 10th anniversary
The second half of Xiaomi's 10th anniversary speech
"Go ahead" of Xiaomi 10
The world's first mass-produced transparent TV: millet transparent TV price: 49999 yuan