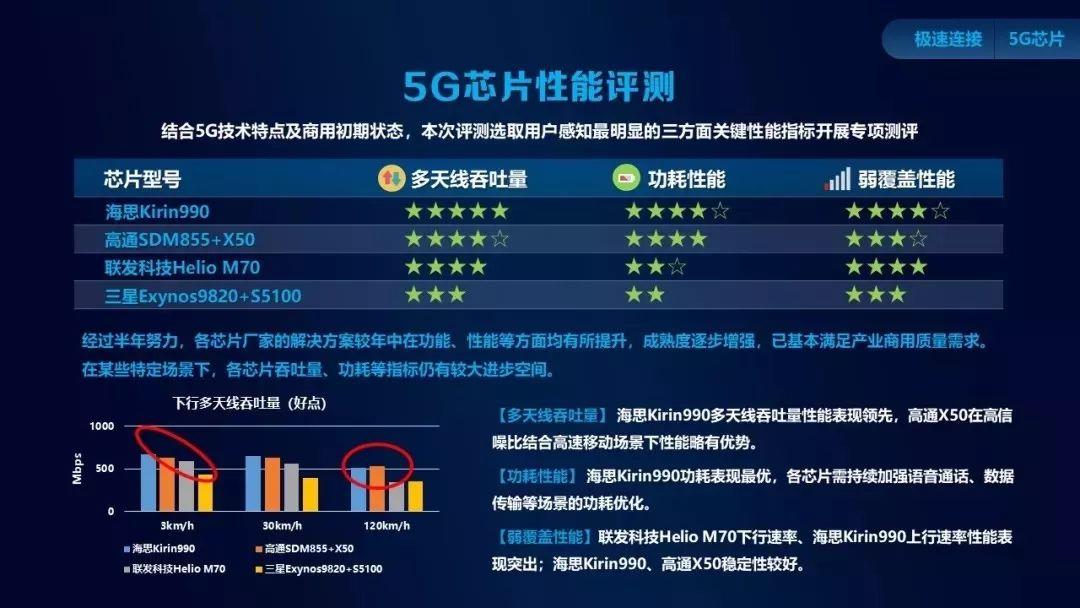 in additionIn the process of mobile game performance evaluation and mobile photo evaluation, Kirin 9905g is in the leading position and ranks first in comprehensive strength。

Not only that, but also thanks to Kirin's 9905g blessing,Huawei's mate30 Pro won the first place in the evaluation of 5g commercial mobile phone, and achieved the top 1 in antenna performance, power consumption, endurance and heating performance。 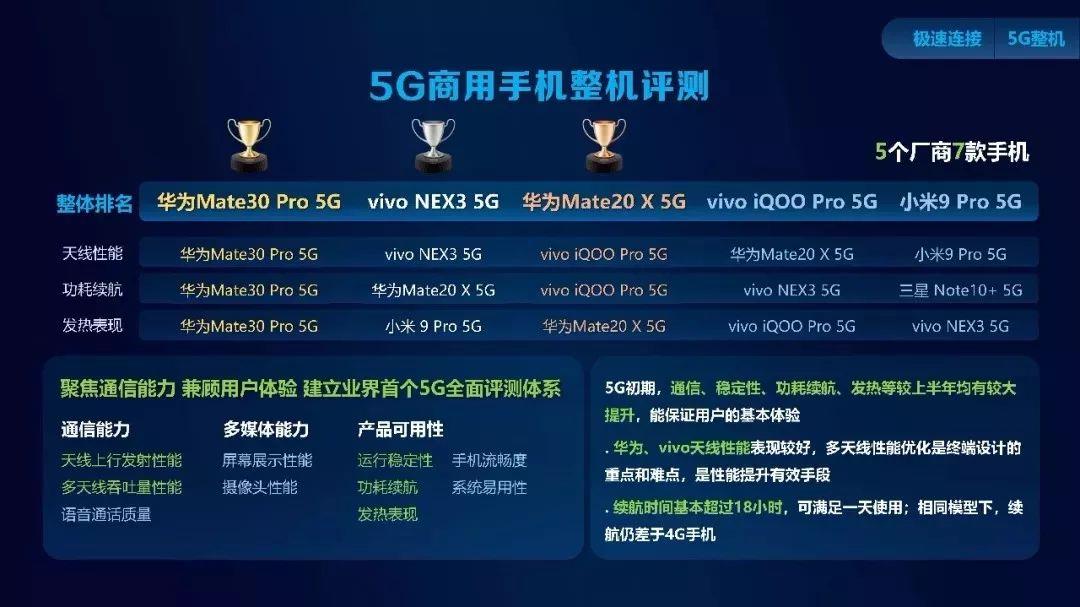 In terms of power consumption, China Mobile selects three typical user scenarios for testing: Daily standby, data transmission at different speeds, and voice call.The results show that the power consumption of Kirin 9905g is lower than that of other test chips, which can bring better endurance performance for 5g mobile phones. 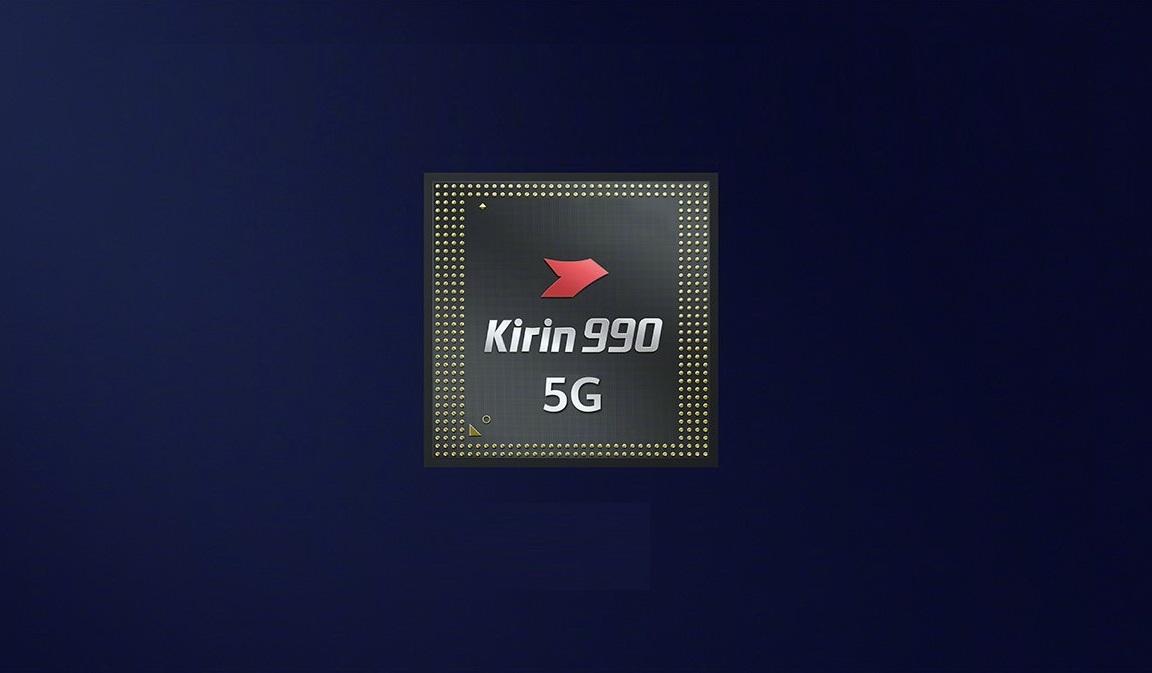