The third-generation sharp dragon is more and more popular: AMD processor share soars to a new high of 53% in South Korea

In the PC DIY market, amd continues to harvest Intel.

According to shopdana's CPU sales in South Korea, in October, AMD's sales accounted for 53% of the all-time high, which is another gain for AMD after the first half of the sales in July this year.

The main reason why the transition occurred in July was that the three generations of AMD sharp dragon processors were launched on July 7. After several months of market cultivation, consumers' purchase enthusiasm remained unchanged. 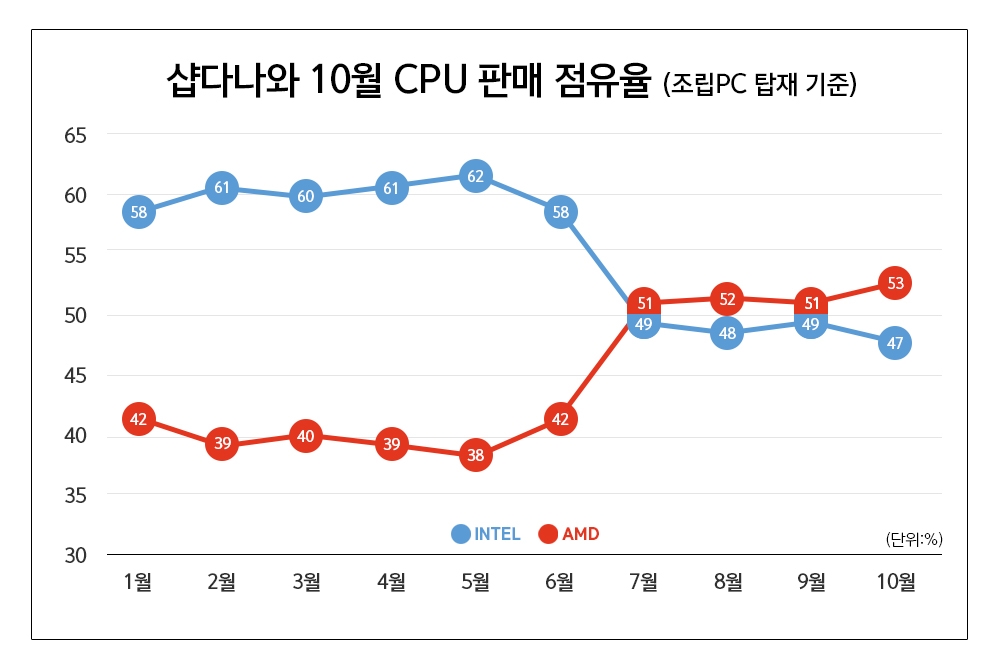 Of course, when Intel's 10 generations of core desktop processors, especially 10nm ice lake, come on the stage, the situation may be different. 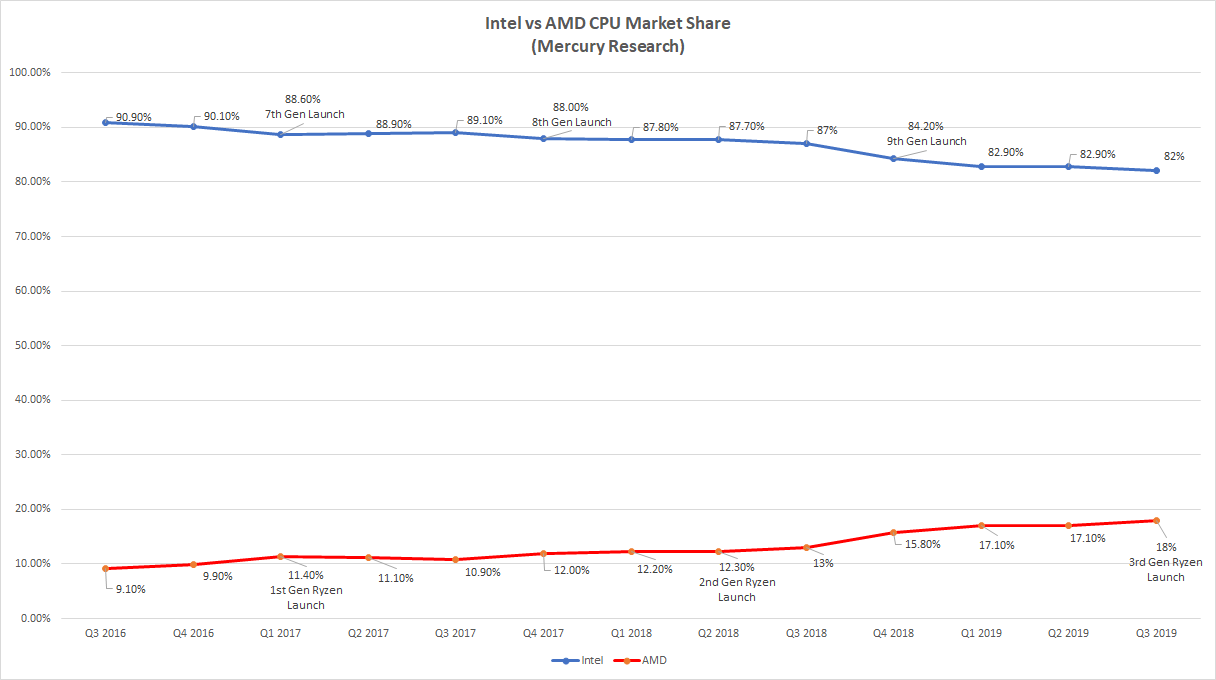 In addition, in the global market, AMD's advantage is far less than that. According to the statistics of mercury research, the latest share of AMD in x86 CPU market is 18%. 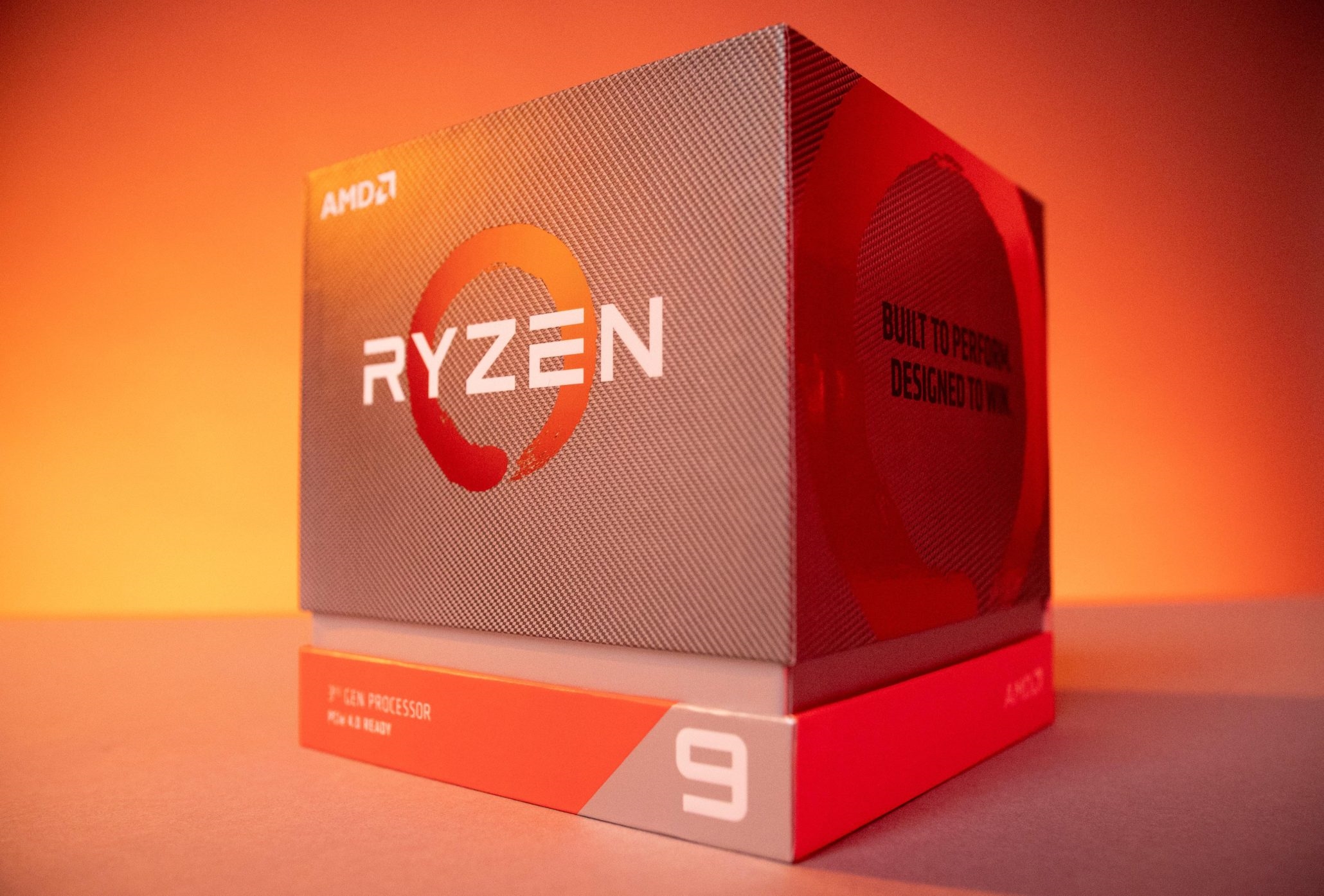 Related news
A thousand years of hard work and strong look at the great development of AMD 50 years
Interpretation of AMD New Architecture with Ten Thousand Words and Long Texts
Large retailers in Germany: AMD steadily occupies 78% of the CPU share and has a conscience of cost performance
The third-generation sharp dragon is more and more popular: AMD processor share soars to a new high of 53% in South Korea
Sales share of AMD processor in Germany rose to 82%: the third generation of sharp dragon is very popular
Airpods X generation? 399 dollars!
Amd third generation sharp dragon wins the Japanese market: the sales share has reached 67%
Hot news this week
Wechat has not done this function for N years! Use this app to make up for the defects of wechat
Gree's response to "being disqualified from winning the bid": a mistake made by the bidder in sorting out the materials
IPhone 12: it's more like throwing away the charger
Apple wants to know: what do you do with the charging head of the old iPhone?
Luo Yonghao comments on ideal one: Tesla Model 3 is not a car of a level at all
A 400-brand evacuation Facebook： the internet giant strangled?
How long can "Laoganma" carry on after winning Tencent?
ASUS main board leads Rog day fans Carnival highlights
The dotcom bubble? U.S. technology stocks surpassed their 2000 highs relative to the S & P 500
Tesla's warranty service suddenly shrinks: touch screen and media control unit halved to two years
The most popular news this week
Cut off the charger and headphones? Apple dares, Android manufacturers may not dare
NASA says Boeing has to address 80 issues related to the starplane
Blizzard publishes a lot of information about world of Warcraft: Shadow country: beta test next week
Musk thanked the Chinese team: he was closer to the second batch of $1.8 billion options
Microsoft's new proposal: fix Chrome's notification reliability on Windows 10 (Figure)
After Microsoft shut down mixer, ninja, the Internet game anchor, began to broadcast live on YouTube
Microsoft Teams Online Together Mode: Video Chat in Shared Virtual Background
Game developers can now use Project xCloud remote access Xbox development suite
Rest assured: Apple confirms arm Mac will still support thunderbolt interface
89 mobile phone applications banned by Indian Army