After the launch of the RX 5700 series of graphics cards in July this year, AMD's 7-nm RDNA-based graphics card has been successful, plus the upcoming RX 5500 and RX 5300 series, where the low-and low-end layout is almost the same, and the next step is the real high-end graphics card

In the previous official roadmap,We already know that AMD will have rdna2 architecture after rDNAThe latter is strictly the true Navi full version,The first is that the process has been upgraded to the enhanced 7nm, and the EUV process is expected to increase the chip density by 20 per cent. 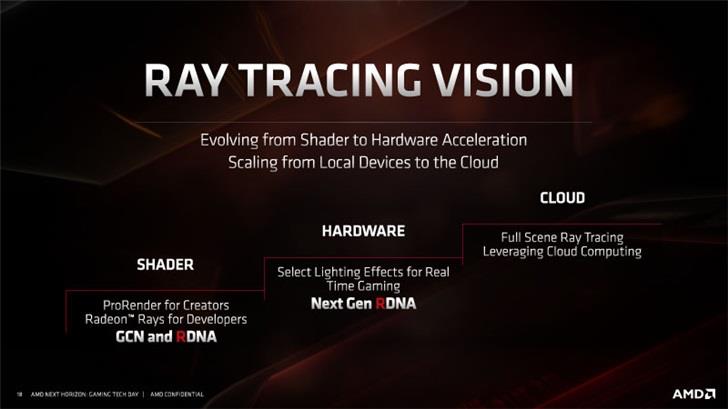 According to the latest news, amd plans to officially announce rdna2 architecture at CES 2020, but this release is still on paper. Similar to zen2 and Navi displayed at CES this year, it is expected that the real release time will be Taipei Computer Exhibition in the middle of this year.

it is to be noted that, in addition to the 7 nm process, the hardware light is accelerated out of the acceleration,The new rdna2 architecture graphics card will use hbm2 again. Although the previous use of HBM2 memory RX Vega series graphics card is not successful, but the main reason is still in the core rather than HBM2 memory, the latter itself has a very technical advantage, hoping that the performance, energy efficiency of the RDNA2 can play 1 1 with HBM2 memory

However, the biggest problem of hbm2 is still low output and high price. Amd should only use it on flagship and professional rdna2 graphics cards, and the mainstream graphics card will still be gddr6. 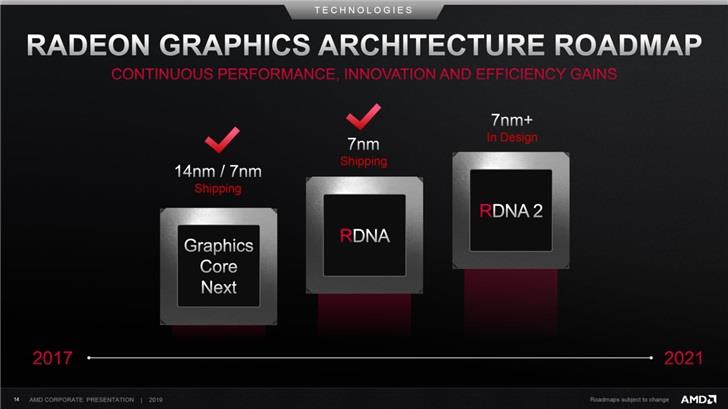