As the first year of 5G, this year, not only the first batch of 5G mobile phones went on sale, but also the 5G commercial package was officially launched not long ago, allowing public consumers to enjoy the high rate experience of 5G for the first time. But for the average user, the impression of 5G is only in the

Zeng Hou Yi from the warring States period is the most unearthed in China, the heaviest, the most complete rhythm, the most magnificent set of clocks, can be called a rare treasure of human art. The Tianfeng Haitao Guqin, which came from the prosperous Tang Dynasty, is the only one of the ancient harps unearthed in our country to protect the integrity of the Tang Dynasty seven-string organ. 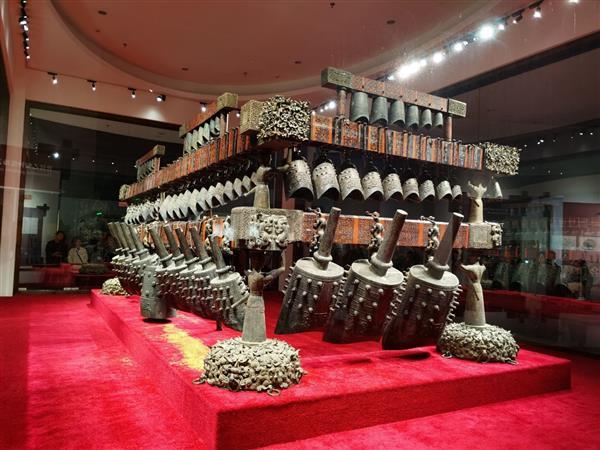 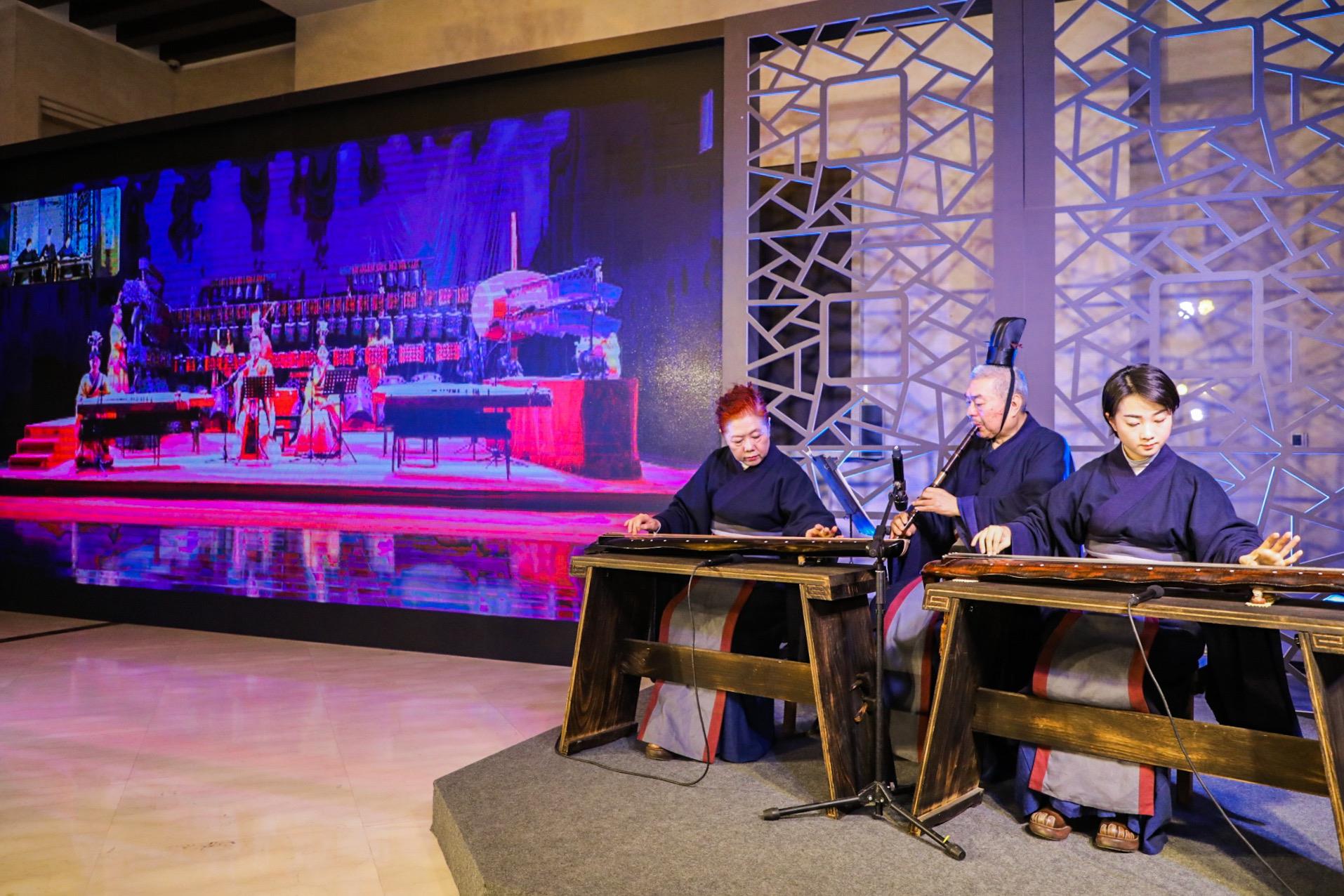 Huawei has always been a benchmark in the industry in terms of the combination of technology and humanities. Cutting edge technology has injected new connotation into human value. The cultural and historical sense carried by cultural relics has appeared a more modern presentation mode after a new interpretation of science and technology, and even made it possible for cultural relics to have a dialogue across time and space.

With the arrival of 5g era and the progress of technology, the heritage protection work has the possibility of innovation on the basis of inheritance and communication. With the help of the Changlian function of Huawei mate 30 series 5g version and excellent 5g communication ability, Hubei Provincial Museum and Shandong museum have realized the unique time-space Concerto of ancient music between the two places.

It is understood thatFour pieces of music have been performed in this cross time and space Concerto, namely, Chu Shang, Guan Shanyue, plum blossom Sannong and Zhuzhi Ci, all of which are representative works with ancient flavor。 In addition, in order to cooperate with the performance, Hubei and Shandong both have complete 5g signal coverage. According to the personal experience of journalists ahead,If you don't explain, you can't hear that two bands are playing, which are nearly thousands of miles apart. The live music is almost completely synchronized, and you can't feel the delay。 At the same time, the high-definition picture quality of Changlian video call makes the performers in the two places seem to be on the opposite side, bringing a harmonious audio-visual feast for the scene. 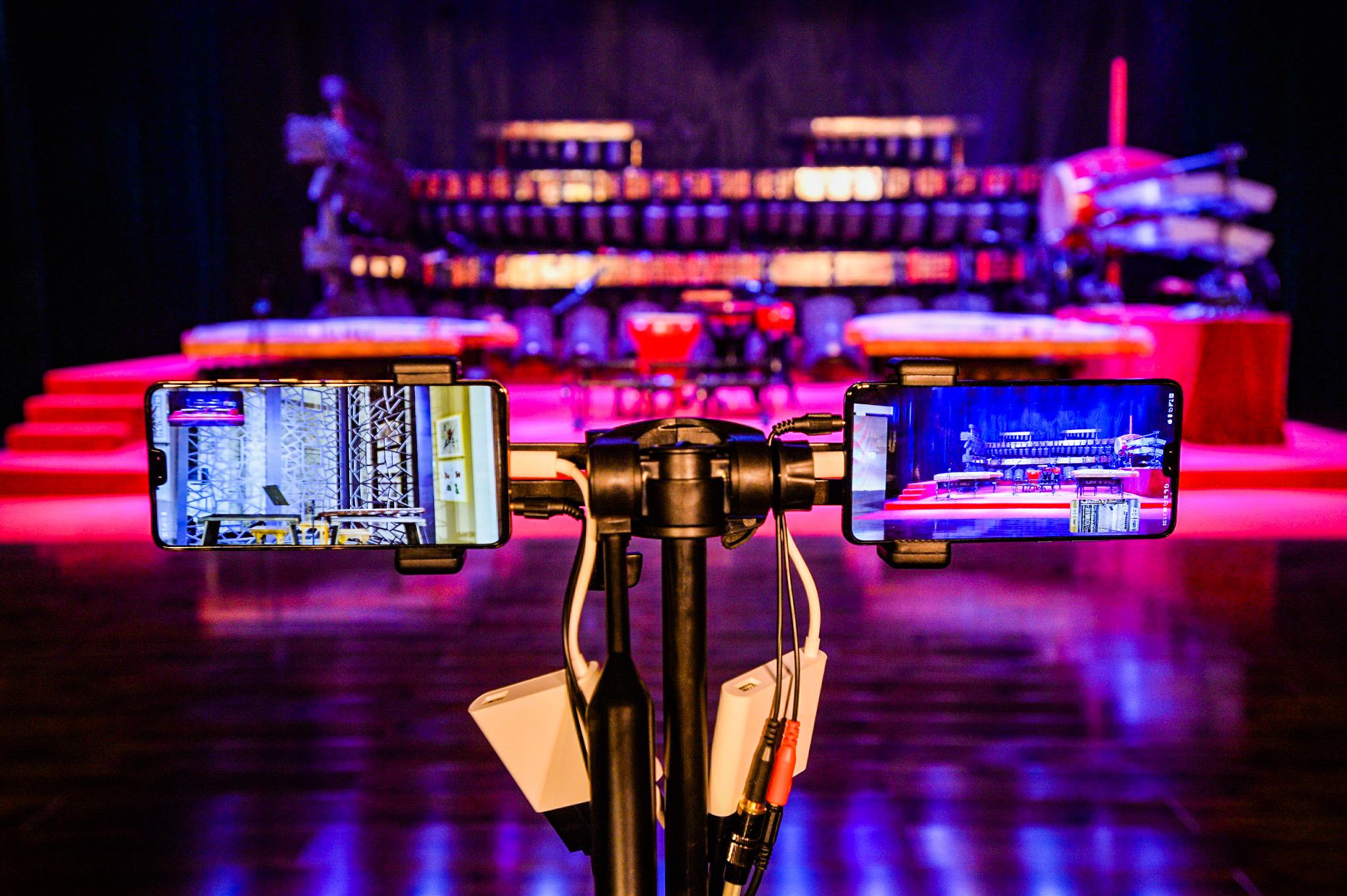 Thousands of miles apart, how can we make the two thousand year old rhymes achieve the cross space-time Concerto, which can also be combined into a natural one? This also benefits from Huawei's leading 5g technology and excellent 5g communication ability of mate30 series 5g version.

Cross time Concerto seems simple, but in fact, it requires high network delay and live broadcasting equipment.Due to Hubei, the two museums of Shandong are far from each other. Power. Even if the network delays the last beat, the rhythm of the whole concerto will be completely disrupted, unable to achieve the final Concerto effect.

The Huawei Mate30 Series 5G has the 5G SoC chip QIN 9905G, which is independently developed by Huawei, and the original integrated 5G base band, which realizes the support of the SA/ NSA 5G dual-mode networking and the 5G 4G dual-card dual-standby, supports more 5G frequency bands, and can fully meet the communication requirements of different networks and different networking modes.

The test results show that the MIMO throughput of Kirin 9905g ranks first in multi scenario (good / medium / poor) test. Especially in the near test, the downlink throughput of Kirin 9905g is much better than that of other test chips. In terms of power consumption, China Mobile selects three typical user scenarios for testing: Daily standby, data transmission at different speeds, and voice call. The results show that the power consumption of Kirin 9905g is lower than that of other test chips, which can bring better endurance performance for 5g mobile phones. 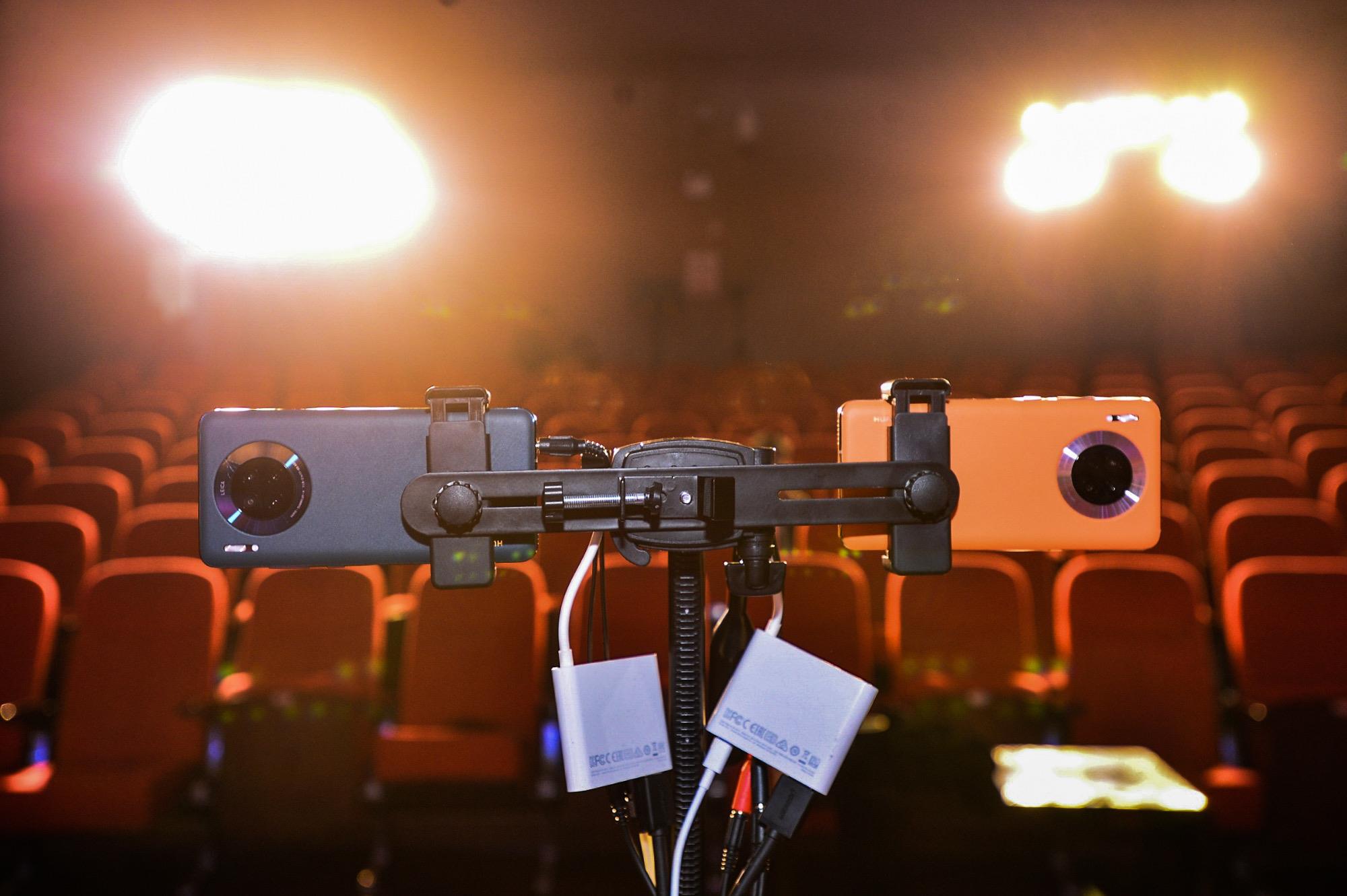 As a prelude to Huawei's super-brand day on Nov.19, this time. 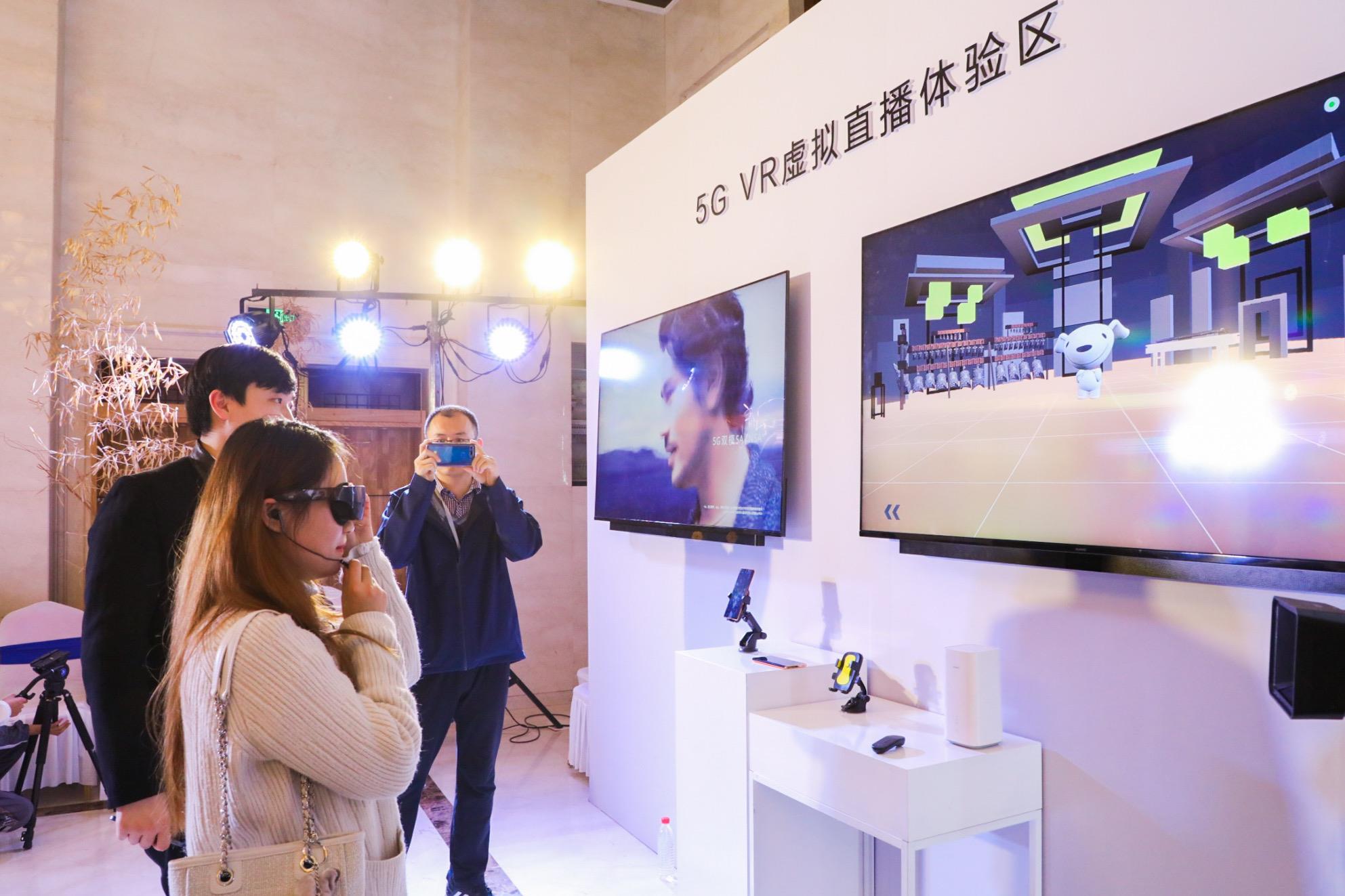 Before that, Huawei's 5g and photographic hard power of the 5g version of mate30 series have been recognized and affirmed by more and more industries from the Internet Conference, the China International Fair and the film Hero Festival.

But there is no doubt that this is just the tip of the iceberg for 5g applications. By opening a new experience, Huawei mate30 series 5g version brings infinite imagination of 5g application.

November 19 is the Jingdong super brand day of Huawei. On the day of the event, Huawei mate 30 series enjoy 12 periods of interest free, starting from 13.7 yuan per day. On the spot, there are multiple surprises, such as the whole point shopping win gift, 1000 yuan large amount coupon and so on. With the continuous hot sale of Huawei mate 30 series 5g, more and more consumers will be able to enjoy the new experience brought by 5g in the future.