When will China super computing return to first place? Read a text

November 19 local time on November 18, the international supercomputing Conference (ISC) released a new list of the top 500 supercomputers in the world. China continues to expand its leading position in terms of quantity and further narrow its gap with the United States in terms of final strength. 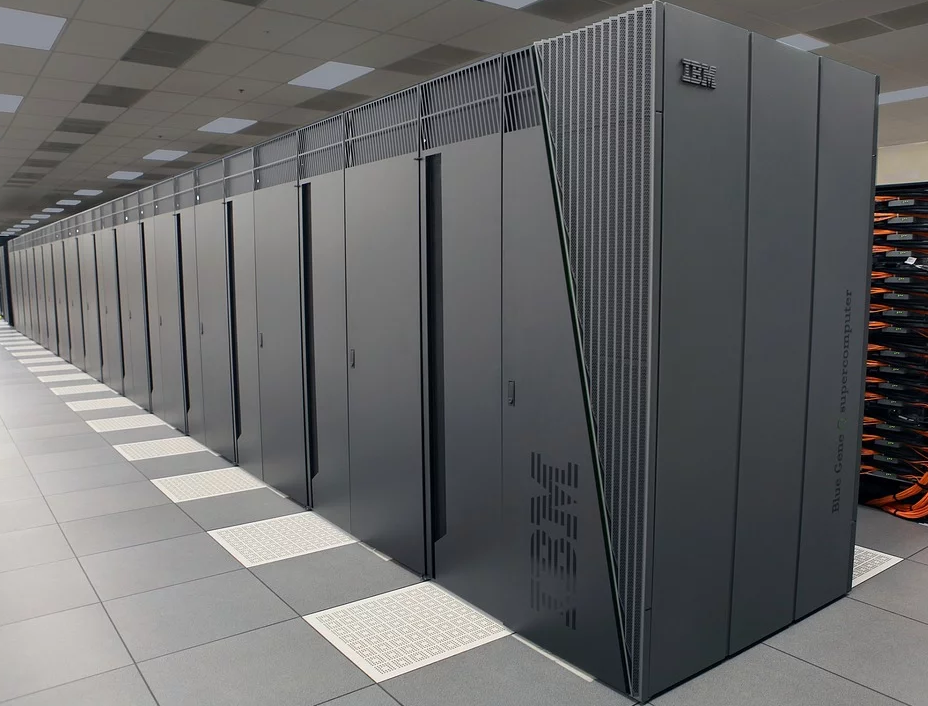 The global top 500 supercomputing list is released every six months. According to this list, 228 sets of supercomputing units have been listed in China, ranking first in the list number, 9 more than the list six months ago. The United States ranked second with 117, followed by Japan, France and Germany. This is the fifth time in a row since November 2017 that China's supercomputing has ranked first. The list shows that Chinese enterprises continue to maintain the number advantage on the list. Lenovo, Zhongke dawning and Inspur are among the top three supercomputing manufacturers in the world.

Super computer, as the name implies, is a computer with strong ability of calculating and processing data. Its main characteristics are high speed and large capacity, equipped with a variety of external and peripheral devices and rich, high-function software system. Generally speaking, supercomputers have an average operation speed of more than 10 million times per second and a storage capacity of more than 10 million bits.

From the structure point of view, supercomputers and ordinary computers are very similar, but they concentrate a large number of processors to deal with a large amount of data, and the computing speed is many times faster than that of conventional computers, which affects the operation of various industries, which is of great significance.

How to rank super computing?

What is the basis of TOP500 ranking for Supercomputing? Of course, according to the calculation speed, in professional language, it is how many floating-point operations can be performed per second. 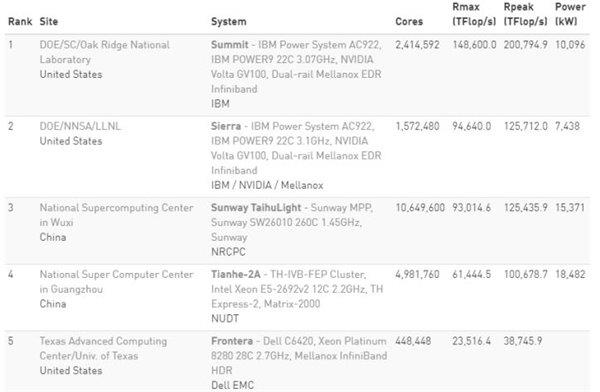 Is supercomputing stronger with more chips?

First of all, the reason why supercomputers are so fast is that they use many chips to perform tasks at the same time, which is the basic principle of high-performance computing: parallel computing.

The performance of a single supercomputing chip is not much worse than that of a personal computer chip. For multiple chips to work, they need to be assigned tasks first, which takes time. When each chip starts to calculate, it also needs to exchange data and data communication with other chips from time to time, which also takes time.

Therefore, when there are many chips, task division and data communication will become bottleneck factors. It can be seen that the more chips are, the better. It is impossible to stack supercomputers just by stacking chips. The larger the enterprise is, the more organizational levels are, and the lower the efficiency.

So is China's supercomputing chip made in China?

Secondly, let's talk about the problem of domestic chips. The third and fourth on the top 500, that is, Shenwei Taihu Lake Light and Tianhe II, are now using the domestic core.

Tianhe 2 used to use Intel's Xeon Phi chip. After it won four consecutive titles, in April 2015, the US Department of Commerce banned Intel from selling Xeon chips to China's National Supercomputing Center in Guangzhou. Changsha center, Guangzhou center, Tianjin Center and National University of defense technology, four National Supercomputing centers, are all listed in the export control list by the United States.

In the face of strangulation from the United States, tianhe-2 replaced the Xeon Phi with a domestic matrix-2000 coprocessor at the end of 2017. This upgrade has increased the number of calculations per second of Tianhe 2 from 339 million to 614 million, while the power consumption has only increased by less than 4%. So after six years, tianhe-2 still ranks fourth on the top 500, which is quite outstanding.

In addition, one of the keys to Tianhe 2's breakthrough is the th express-2 backbone topology network connection made in China, which is the world's leading technology. So architecture is also the core technology. 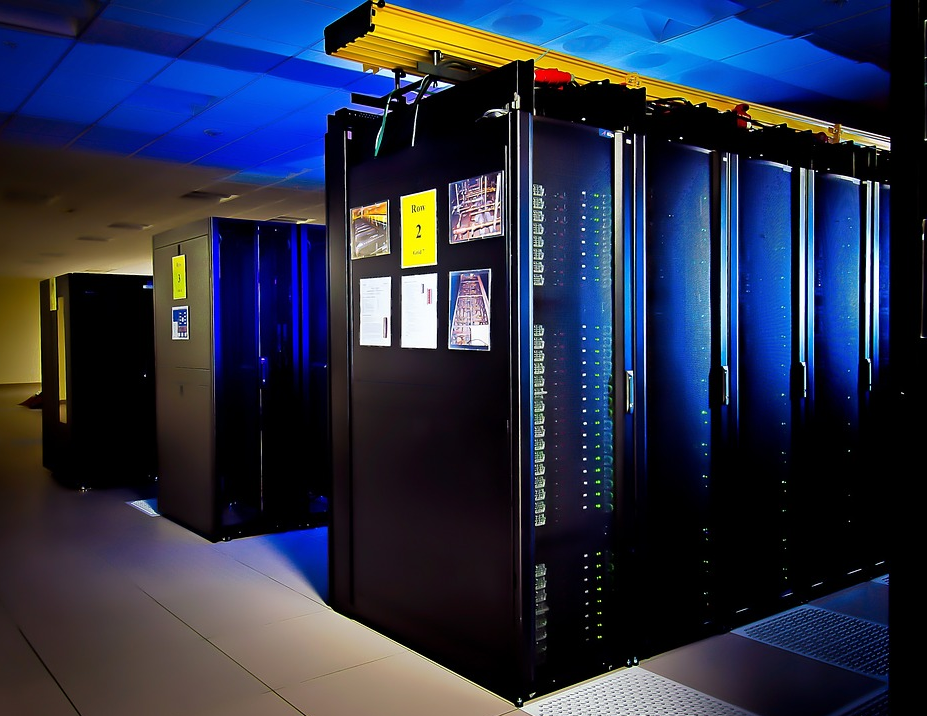 Of course, you may have something to say. What about other supercomputing? In fact, due to commercial and application considerations, most of the supercomputing deployed by enterprises in China and the United States tend to use mature chips. For example, 94% of the top 500 lists in this issue use Intel Xeon (Xeon) or Xeon phi (Xeon phi) processors. This is the absolute advantage of the United States in the development of computer chips, which is hard for China to break in a short time.

What's the use of supercomputing

Many people will ask what is the use of supercomputing. The answer is, of course, it's very useful. Otherwise, the technological powers all over the world are making supercomputing!

Supercomputing takes the lead in intelligence collection and cracking, and it can break through each other's security system by force. Prism plan exposes the huge monitoring of public privacy and personal data of citizens of other countries by the U.S. government. These massive intelligence needs to be processed, so supercomputing is needed.

For example, why the weather forecast is so accurate now is the result of accurate cloud simulation and observation by supercomputing. The concentration and distribution of air pollutants in the future can also be calculated and air quality report can be made through the supercomputing simulation.

And a lot of the advanced technology we use.

In the medical field, supercomputing has been used in tumor research, DNA sequencing, drug development and so on. In addition, supercomputing is also used in nuclear industry, military, aerospace and other high-tech fields.

In short, there are too many places for Supercomputing to work, from simulating the evolution of the universe to measuring a molecular structure.

The supercomputing has a superlative honor.

based on the way of Shenwei

When will China super computing return to first place?

Shenwei Taihu Lake light once ranked first in the top 500 list of four issues from June 2016 to November 2017, ranking fourth in a row.

Tianhe-2 won six consecutive titles in six issues of the list from June 2013 to October 2015. Until June 2016, tianhe-2 abdicated to the light of Taihu Lake in Shenwei, and then kept second place.

It was in June 2018 that the United States regained the first place in the top 500. At that time, foreign media reported extensively and many people at home also paid attention to it.

From this point of view, China's supercomputing has been quite strong, and will soon surpass the United States in terms of the final capacity if it continues to develop. If you want to ask when China supercomputing will get back to top 500, the opportunity will come soon, which is one of the new changes in the world supercomputing pattern: the emergence of E-class supercomputing.

The U.S. attaches great importance to this, and has successively announced the construction of "Aurora", "frontier" and "chieftain rock" three E-class supercomputing units. The delivery time is expected to be 2021-2023.

The next one, if not unexpected, should be born between these names. We will see.

In addition, when we pay attention to the first place, we should also be clear that technological competition is not equal to war. As long as you participate in the competition, you can get technological progress and share technological achievements. In the field of supercomputing, we are already one of the top two competitors in the world, which in itself is remarkable. In the competition of supercomputing, we can also accumulate leading achievements in high-performance chips, architecture systems, software applications and other aspects to achieve the ultimate ideal.