Please answer: what are the high-end brands of mobile phones?

If you asked consumers five years ago: what are the brands of high-end mobile phones? The answer is: apple.

If you ask consumers today: what are the brands of high-end mobile phones? The answer is apple and Huawei.

With the opening of 5g, Huawei once again took the lead. If you ask consumers a year later: what are the brands of high-end mobile phones? I believe there will be some subtle changes in the answer.

The product image of the high-end brand is closely related to the innovative force and product quality of the product, and no brand can lie in the past to sleep successfully. If you don't get out of your comfort zone, you won't win the user.

No.1 from gradual change to turning point, Huawei leaps forward

The two top-end models this year are Huawei's Mate 30 series and Apple's iPhone 11 series. The difference is that Huawei's Mate 30 line of products has been praised by more users, while iPhone 11 has been complained that a large number of fruit fans believe that there is a serious lack of innovation, so that sales are broken. Apple's adoption of a low price reduction strategy led to a boost in Apple's sales in the third quarter, but in the minds of users Apple is also gradually

In fact, Apple has occupied the irreplaceable image of high-end mobile phones for many years. But in the past two years, with Apple's lack of innovation and Huawei's constant support of new technologies, users' recognition of high-end mobile phone brands is also changing: Huawei's technology content is getting higher and higher, and apple is starting to take a cost-effective route.

The expansion is changing the potential of both sides. An interesting phenomenon: Previously, an apple of high pride, at a press conference, only talked about its own innovations, and was dismissive of other brands. But when Apple's new machine was released this year, it has been compared with Huawei, and it can be seen that Huawei has become an apple to have to. 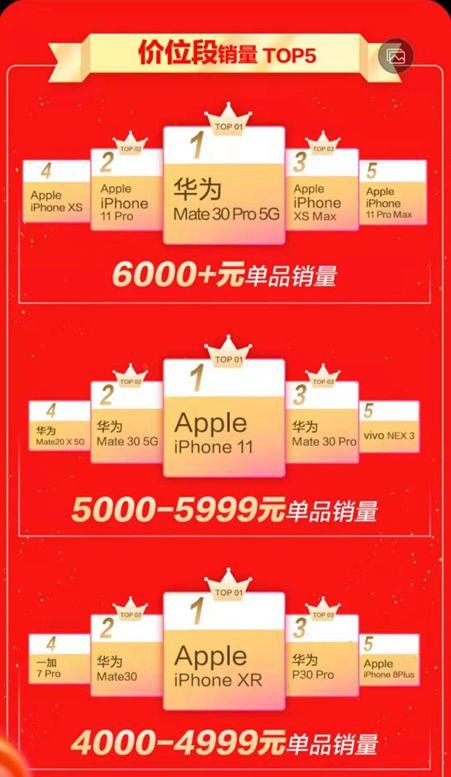 From the double 11 data of Jingdong, there are three high-price points of 4000-4999,5000-5999 and more than 6000, which is almost the battle field between Huawei and Apple, and the two sides form a burning situation. Huawei Mate 30 Pro 5G is the sales champion of more than 6000 yuan. This can be said to be a turn, and Apple has always been the irreplaceable part of the high-end mobile phone. 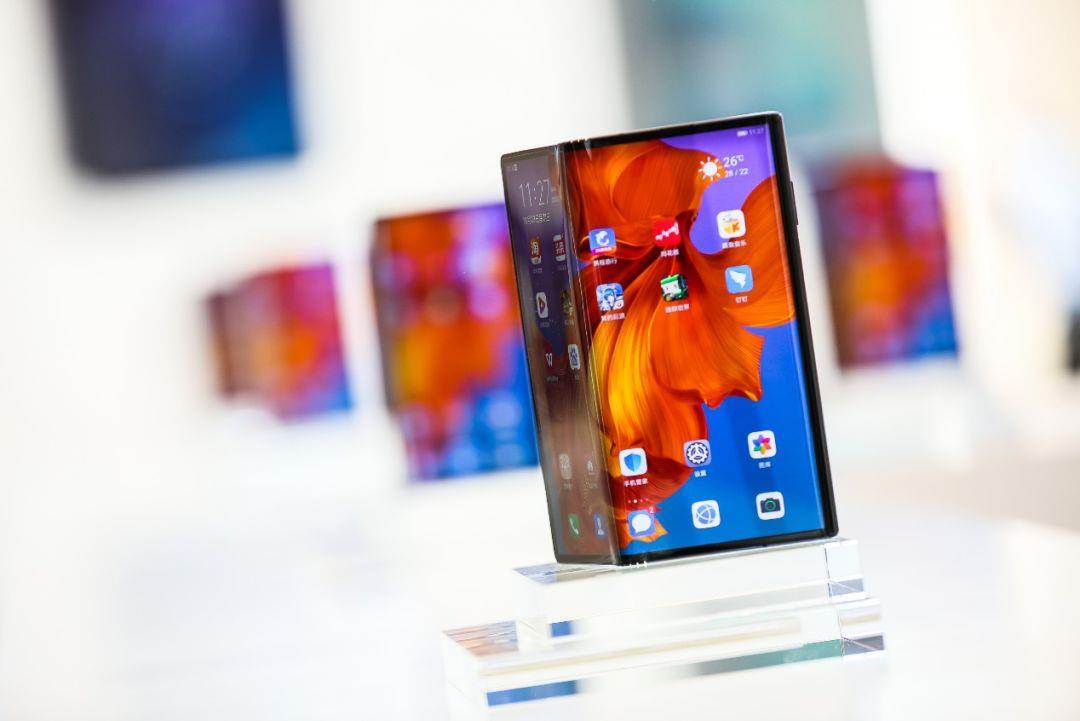 At the beginning of this year, at MWC in Barcelona, folding mobile phones started a boom and became a representative of technological innovation. After Huawei's first appearance on MWC, mate x, Huawei's folded mobile phone, once again added points to Huawei's high-end image. Last weekend (November 15), on November 15, Huawei's folded mate x mobile phone went on sale for the first time. The 16999 yuan mobile phone sold out within seconds after it was put on sale. Such a hot mobile phone has certainly attracted the attention of scalpers. According to the search results of the free fish platform, there are many buyers selling Huawei mate x mobile phones at a price of 30000 yuan. At the same time, there are not a few users who want to buy Huawei mate x, with the prices ranging from 20000 yuan to 30000 yuan. Some even say they can accept it within 50000 yuan.

You know, every generation of Apple's new machine was the most exciting time for scalpers, but this year, when Apple went on sale, it broke down, leaving scalpers out of business. And users are crazy about Huawei Mate X, which gives scalpers a new one.

Users' recognition of a brand image is not formed in two days, nor can it be established by one or two products. For example, in the small home appliance industry, Dyson is independent and innovative. Each product category brings users different experiences from other brands, and gradually establishes an irreplaceable high-end image. An ordinary brand hair dryer can be sold for less than 100 yuan, while a Dyson hair dryer with technical content, excellent quality and beautiful appearance can be sold for more than 2000 yuan. Although the price is high, users are happy to buy it and think it's worth it.

Huawei mobile phones from OEM to private brand, from no brand to more and more well-known, products from immature to better quality, through more than ten years of huge investment in research and development, accumulation, technology from imitation, catch-up to comprehensive leadership, today's products presented to users are getting better and better, high-end image is just a little accumulated.

In the mobile phone industry, it used to be thought that Apple was the only choice for high-end products, but now Huawei has gradually compared with apple.

Of course, no brand image is unchangeable. Even if high-end products lie in their comfort zone, they will be gradually abandoned by users. It's hard to say whether Apple's next generation products will continue the two-year mediocrity or return to the track of innovation until the product is released. However, Huawei has accumulated energy in R & D for many years, and its brand is also on the rise, especially its overall advantage in 5g, which is expected to continue to rise in the next two or three years and win the favor of more high-end users.

No.2, from hobbling to 5g leading

The turning point is the result of Huawei climbing the north slope for many years. 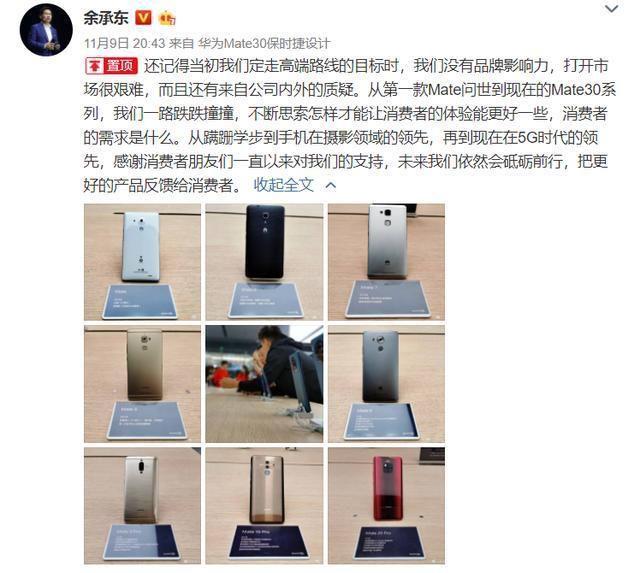 In the history of IT and technology, few enterprises can transform successfully, make a well-known brand, let alone make a high-end brand. When Huawei decides to do its own brand mobile phone, the outside competition is fierce, and the inside is not believed to be able to succeed. But when Huawei decides to go into every new business, it's going to put it in full force and use one.

Mate Series, as a high-end representative of Huawei, was born in 2013. At that time, it was mainly focused on the positioning of business and high-quality products, but it was not favored by the market. Later, with the improvement of technology and the insistence on quality, the next generation of products iterated, and by the time mate 7 was released, it finally aroused waves in the market. In that year, Huawei mate 7's sales volume suddenly exploded, even exceeding Huawei's own expectations. There was a difficult situation in the market. Many high-end people not only used Huawei themselves, but also gave Huawei as a gift to business partners. At that time, the high-end image of Huawei mate series was gradually established.

For smart phones, one of the most urgent needs of consumers is to take photos. A few years ago, Huawei mobile and Leica set up a technical expert group, whose main work is optical design and image quality. The cooperation between Huawei mobile and Leica is not simply to insert professional lens into mobile phones, but to jointly carry out in-depth research and development and optimize mobile phone photography. In 2016, Huawei P9 officially appeared in Leica dual camera, which caused quite a shock among consumers: the level of professional camera that can be taken by mobile phone. 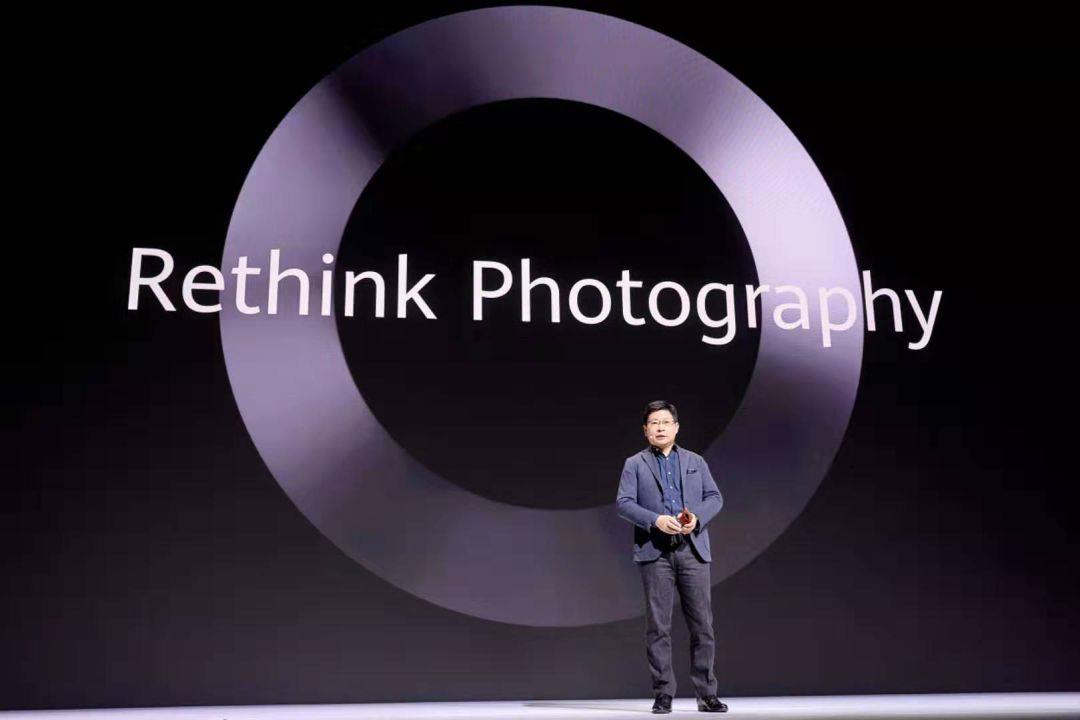 In the past, many consumers liked Apple rather than Android, and an important reason was that Android was easy to Catton and its experience was not as smooth as Apple's iOS. For this reason, Huawei has gone down. 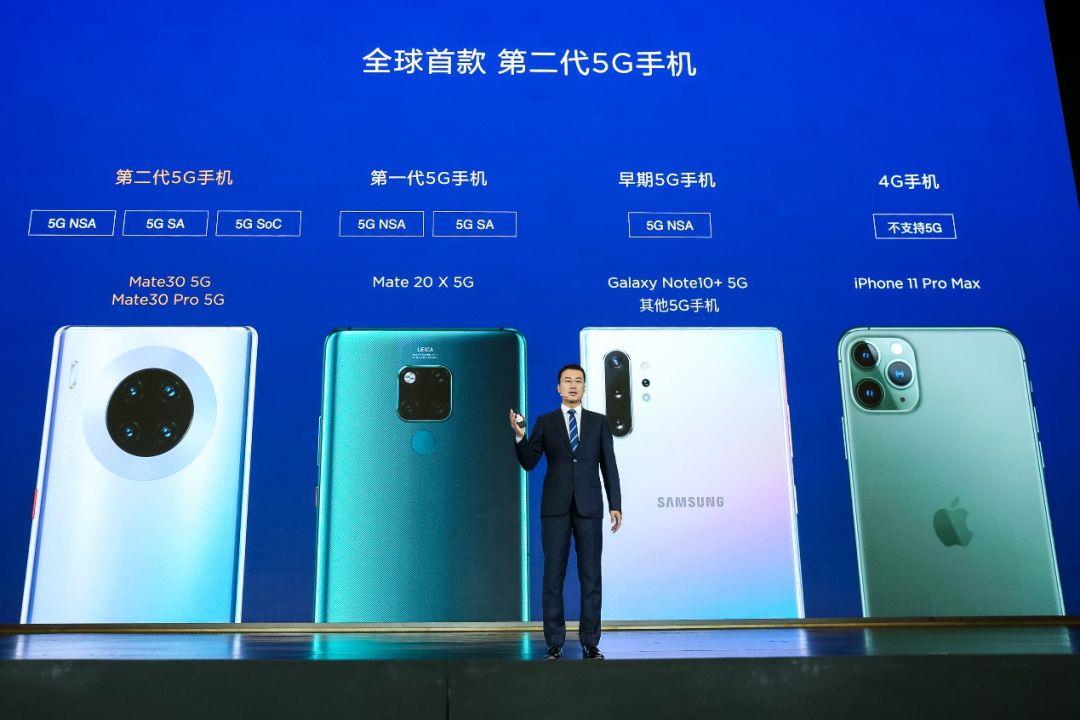 Huawei's determination to make mobile phones is also reflected in chips. After more than ten years of research and development, Kirin chip has not only outpaced its competitors, but has also taken the lead in the direction of AI,5G. Kirin 970 landed as the world's first AI chip in 2017, and this year Kirin 990 not only has more powerful AI processing power, but also the world's first 5G SoC, which also makes Huawei Mate 305G version the world's first second-generation 5G mobile phone. It can be said that by the time the 5G was turned on, Huawei's mobile phone was already in a leading position. It's not hard to understand why Huawei's Mate 30 Pro 5G can overtake Apple to become high-end in this double 11.

Back to Yu Chengdong's this conversation:

It is believed that Huawei will continue to soar with the awe of users and the perseverance to climb the north slope.

Once, Apple's position in the mobile phone market was unshakable. But now, Huawei's mobile phone sales have left Apple behind, and it is on a par with apple in the high-end market. Objectively speaking, Apple's innovation is not as strong as before, so this generation of products will not hesitate to trade price for sales. On the contrary, the innovation that Huawei has accumulated over the past decade has begun to break out.

5g open, another new contest. From 3G to 4G, Apple has pulled Nokia down. From 4G to 5g, can Huawei play the myth again? At least, Huawei has been ahead in the commercialization of 5g mobile phones.