Industry can not be ignored! Huawei PC is growing up now

In my opinion, this is Huawei's nth press conference this year. The main role of this conference is Huawei's tablet, which has already won the first place in China in terms of shipment volume.

Huawei's mobile phone market, according to canalys, a market research company, has shrunk by 3% compared with the same period last year.

But Huawei's smartphones areIn the third quarter, 41.5 million units were shipped, accounting for 42 per cent of the country's smartphone market share. Of the Chinese mobile phone industry. 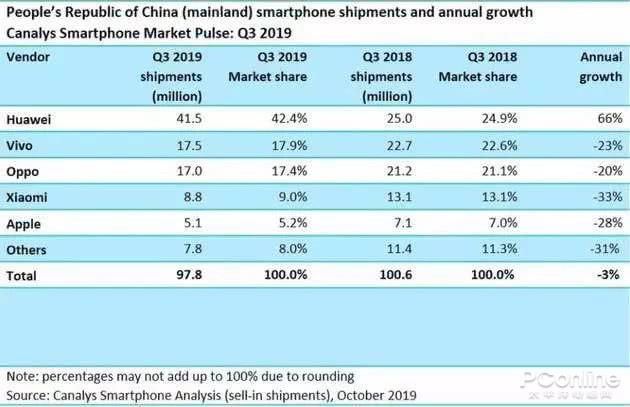 Compared with the above Huawei mobile phones and tablets, Huawei notebook in today's Chinese market,It's not like that.

How do you say that?

According to the statistics platform statista, let's look back at the global laptop shipments in 2005-2016.

It can be clearly found that around 2011, the global notebook shipping volume reached 209.1 million units in highlight time, and since then, it began to decline gradually. 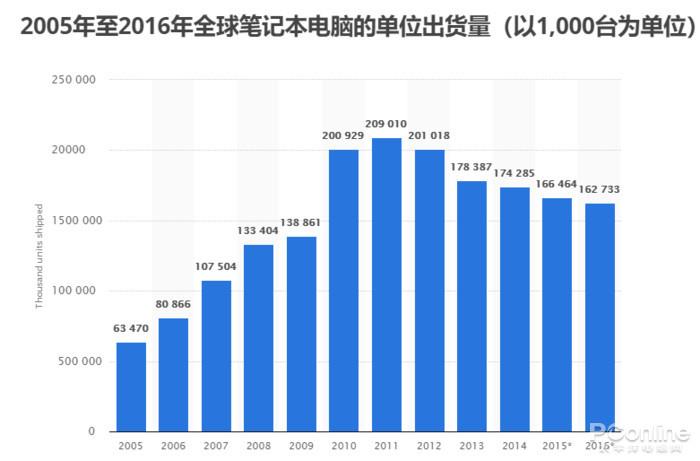 In addition, according to IDC data, domestic PC shipments have increased, but the growth has slowed. This means that the PC industry no longer has the potential.

But Huawei is still in the game.

On the eve of the 2016 WMC conference, Yu Chengdong wrote on Weibo

When Yu Chengdong appeared on the stage, there was a burst of cheers from off the stage. Then the world saw Huawei's first PC product.

Judging from the current market situation at that time, it was very difficult for the mobile phone business to maintain such a high growth over the next five years, and the turnover of tablet computers and smart wear businesses was also difficult.

From Huawei brand to crowd fitSupply chain controlIn terms of channel utilization, it is inevitable to enter the notebook product line.

So,The implication is not to disrupt the PC market, but to lay out the whole ecological chain of Huawei.

In the past three years, Huawei has produced many notebook products, such as matebook, matebook X / Pro, D, e, matebook 13, 14, etc.

The main features of the product are light office, mainstream entertainment, two in one and integration of the design concept of mobile phones. With the application of both software and hardware, Huawei notebook has accumulated a good reputation in the market.

On the whole, the three new products of matebook have their own characteristics: light, thin, narrow frame and long endurance. Its target audience is also different. It's obvious that it's targeting Microsoft's and Apple's products.

The matebook x pro of high-end line won many lists at one stroke, and won the prize easily. 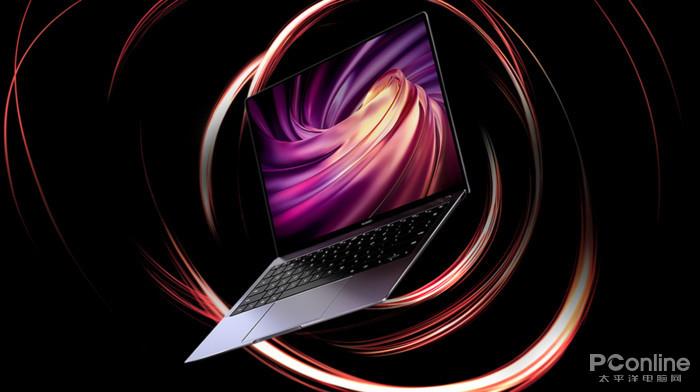 Matebook 13, which has a 2K screen with a ratio of 3:2, is like the existence of Xiaoao in the Jianghu. 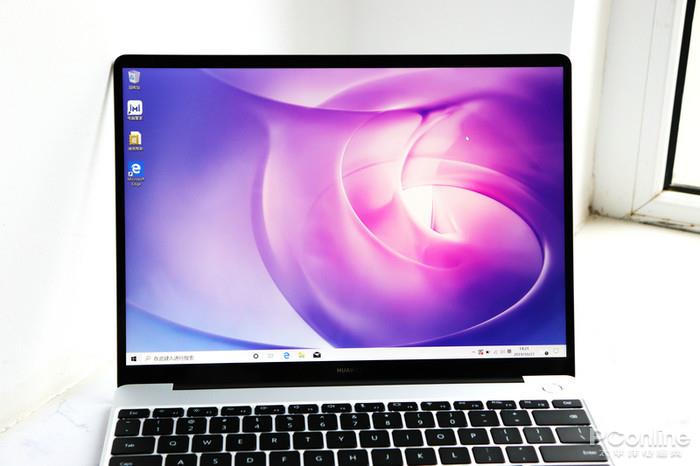 In addition, the full screen of the MateBook 13 uses the 3:2 screen ratio. 3:2 not only looks more comfortable, but the same EXCEL and Word and web pages can display four or five more lines, reducing the number of times you read the same document and fluctuate the mouse wheel.

Nowadays, almost every smartphone has the function of fingerprint identification to unlock the bright screen, but before the advent of Huawei notebook, no PC had ever done so.

In the notebook cold start state, only need to press the power key once, can complete the boot fingerprint identification login two operations, directly from the lighting machine to enter the system, in one fell swoop. Awesome! 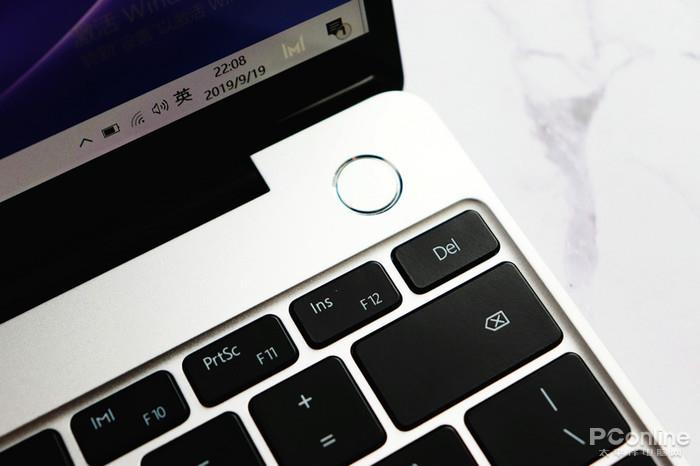 Huawei's notebook software technology also has a lot to mark. Such as Huawei's one touch transmission, multi screen collaboration and other black technologies. 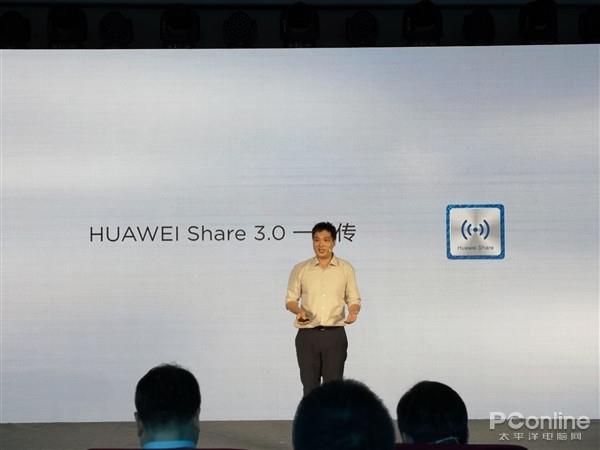 Huawei touch transfer is a subversive file transfer function developed by Huawei based on NFC chip, which solves the problem of file transfer between mobile phones and computers that has puzzled PC users for many years.

As long as the mobile phone touches the corresponding position of the notebook, the two can communicate with each other, and the transmission speed can reach up to 30MB / s, no matter it's pictures, videos or office documents. 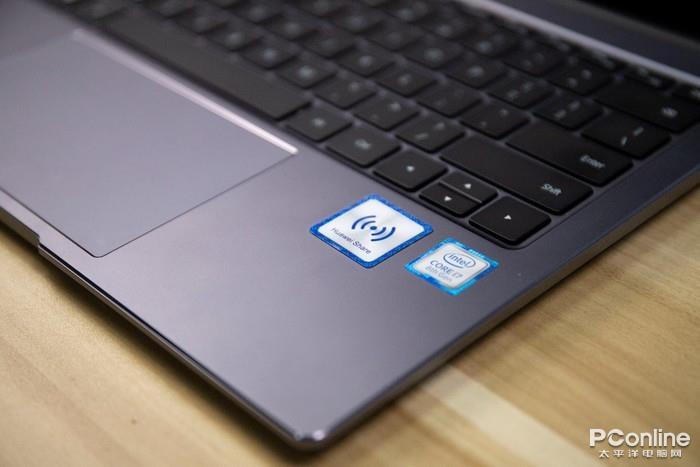 But one day, I went to the university to listen to a lecture, which overturned my understanding of Huawei touch and pass.

Lectures, photo recording is a routine operation, and I do the same.

A girl next to me, with a Huawei laptop, took photos with Huawei mobile phone.

At that time, the location of the lecture was on the second underground floor. The signal was poor, and it was impossible to transmit things through instant messaging tools. If you only take photos, the overall workload will be increased after finishing.

At that time, the first feeling that I saw such operation was:Huawei's touch and spread is really fragrant!

In addition, as an editor who usually writes manuscripts to listen to the press conference, this function of shooting and uploading solves the issue of timeliness.

The previous version focuses on transmission, while the upgraded multi screen collaboration realizes the seamless connection between PC and mobile phone. The PC keyboard and mouse become peripheral devices of mobile phone, completing the tasks of two devices on one PC device, while taking advantage of the more professional application ecology of PC, bringing unprecedented innovative office experience.

In terms of practicality, it is the province of mobile computers to guide files between each other, making the desktop a mess. From

What is behind these achievements? It's the attitude of people and enterprises.

In this year's double 11 shopping carnival, within 30 minutes, the sales of Huawei's notebook across the network exceeded billion yuan, and only on the JD e-commerce platform, it also achieved a good result of breaking billion yuan in one hour. 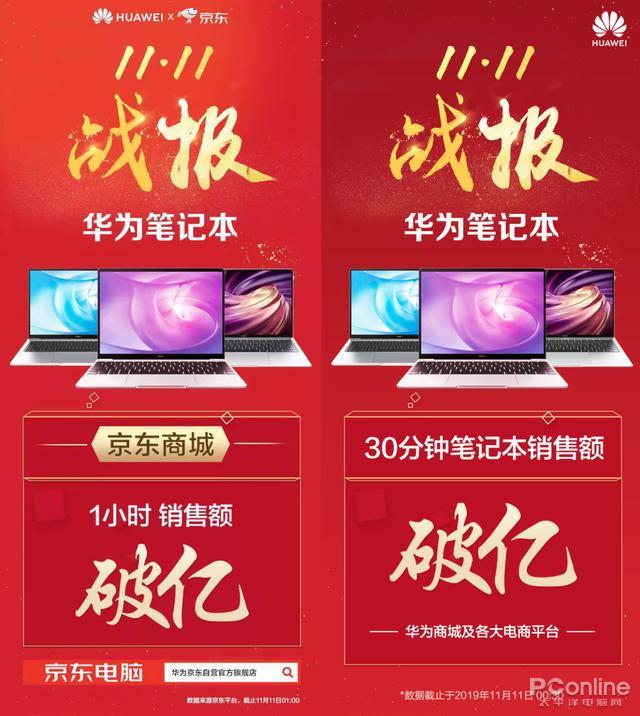 However, the development of Huawei notebook still needs time to accumulate.

At present, the top five PC manufacturers with global market share have developed PCs for at least 20 to 30 years, while Huawei's time of developing PCs is not too long, after all, it was mainly focused on smart phones.

Huawei tablet, as a brotherly product, has become number one in China, and laptops naturally cannot.

If Huawei notebook wants to continue to develop, it must show its own value.

More and more people like laptops that run fast, have a long battery life, are entertaining, work, light and easy to carry.

These features can be found in the notebooks that Huawei has produced in the past three years.

In the past three years, Huawei PC has initially established its own development keynote and position, and has a number of notebook fans.

What is the future strategy of opening up territory? We as outsiders don't know. From the past experience, we have reason to believe that Huawei notebook will succeed.

Presumably, Huawei notebook will be the same.