38 year old man turns off the light at night, looks at his mobile phone, loses his left eye and suffers from "eye stroke"

Recently, according to media reports,A man in Huai'an, Jiangsu Province, suddenly lost his sight in his left eye when he turned off the light and played with his mobile phone before going to bed.

The man, who is only 38 years old, likes to turn off the lights and play with his cell phone before bedtime. He suddenly lost sight in his left eye when he played with his cell phone at night the other day. After seeking medical treatment, he was diagnosed as central retinal artery occlusion by the doctor, commonly known as the central retinal artery occlusion.

There are many causes of eye stroke,Doctors say colder weather can cause blood vessels to constrict and form blockages. In addition, irregular life, staying up late for a long time, watching mobile phones in the dark, will cause the rise of blood pressure in the eyes, and also easily lead to vascular obstruction.

Fortunately, the man went to hospital in time and his vision recovered to 1.0 after treatment. 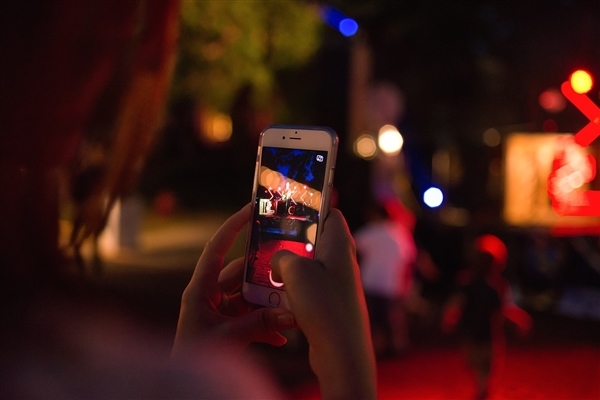 Related news
38 year old man turns off the light at night, looks at his mobile phone, loses his left eye and suffers from "eye stroke"
Hot news this week
Celebrating Hubble's 30-year launch of NASA's "birthday universe" special page
865 Jiachi Meizu 17 access: support 30W fast charging
Wechat Android official update: the dark mode is coming
Apple overturns Tesla?
HP releases the energy 17 upgrade with 10 generations of core processor and 17 inch 4K display
Sony set up a $100 million global rescue fund to fight the covid-19 epidemic
Lenovo's first donation of 150 laptops
The University of Tokyo and Sony have developed a sensor to let people who can't speak "talk"
Huawei's P50 Pro concept rendering: seven pictures in the rear and a new high proportion of front screens
The highest performance is three times better than NVIDIA T4. Baidu Kunlun AI chip further demonstrates the "trump card" Application
The most popular news this week
American ventilator-deficit scholar proposes to prioritize by how much the patient benefits
If we go back 10 years ago, will we still start Xiaomi? Lei Jun's firm response
More than 310000 confirmed cases in the U.S. trump said the most serious moment may come
Amazon internal meeting minutes: consider new crown detection for warehouse employees
How are the Chinese companies that have been shorted in the cold?
Third party ROM cm 17.1 officially released: Based on Android 10
Nearly cut the price of Xiaomi TV 4A 58 inch cabbage: 1599 yuan only
Intel is expected to release comet lake-s desktop processor by the end of this month (Figure)
1.0 too paste, 2.0 too sharp: NVIDIA DLSS anti aliasing new sharpness adjustment
Haylou smart Watch: only 149 yuan for 30 days!