More than two years later, the status of Tesla V100 is still unshakable, while the latest Tesla v100s goes further, with both core and memory speeds up, but power consumption remains unchanged. 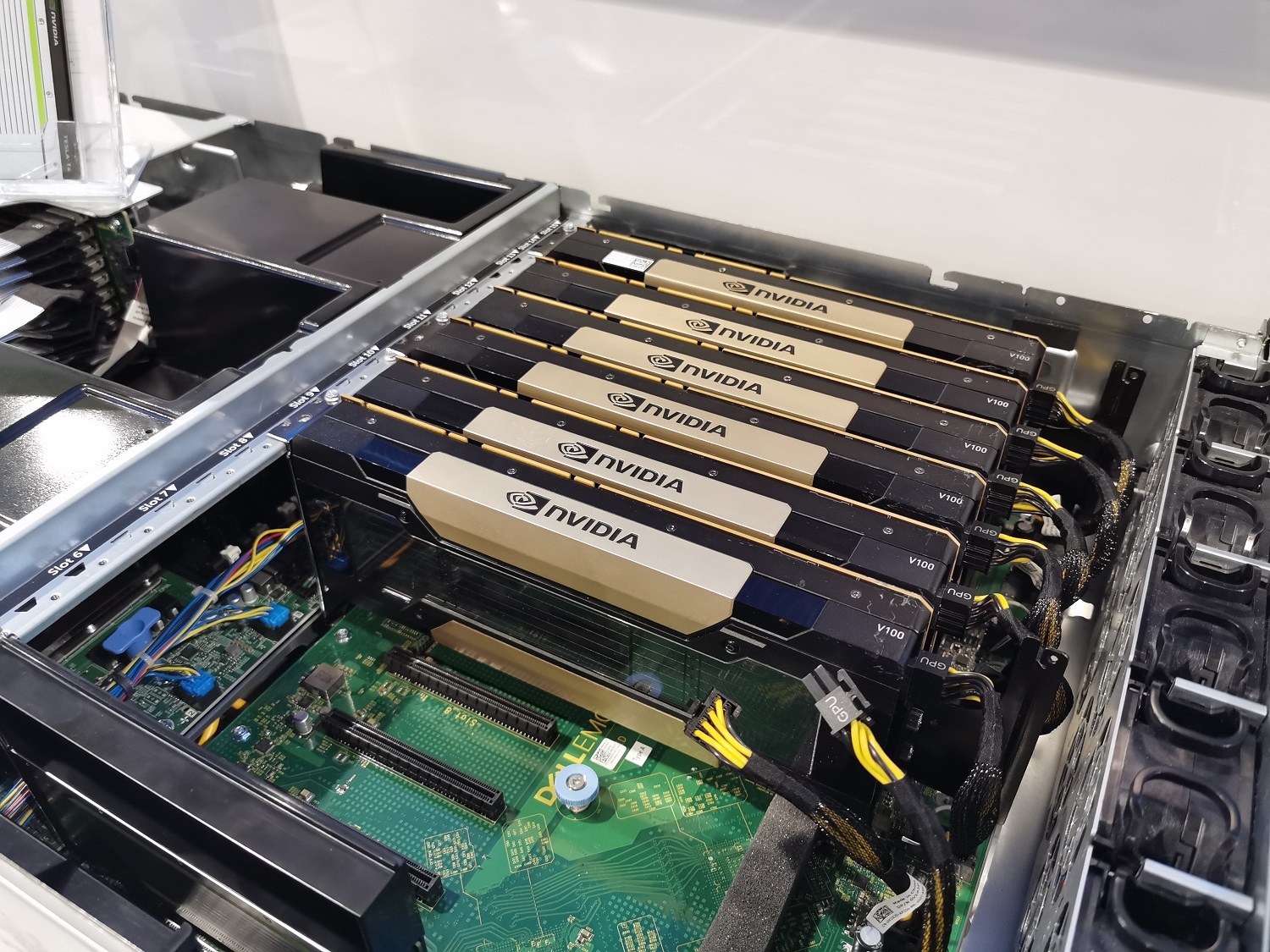 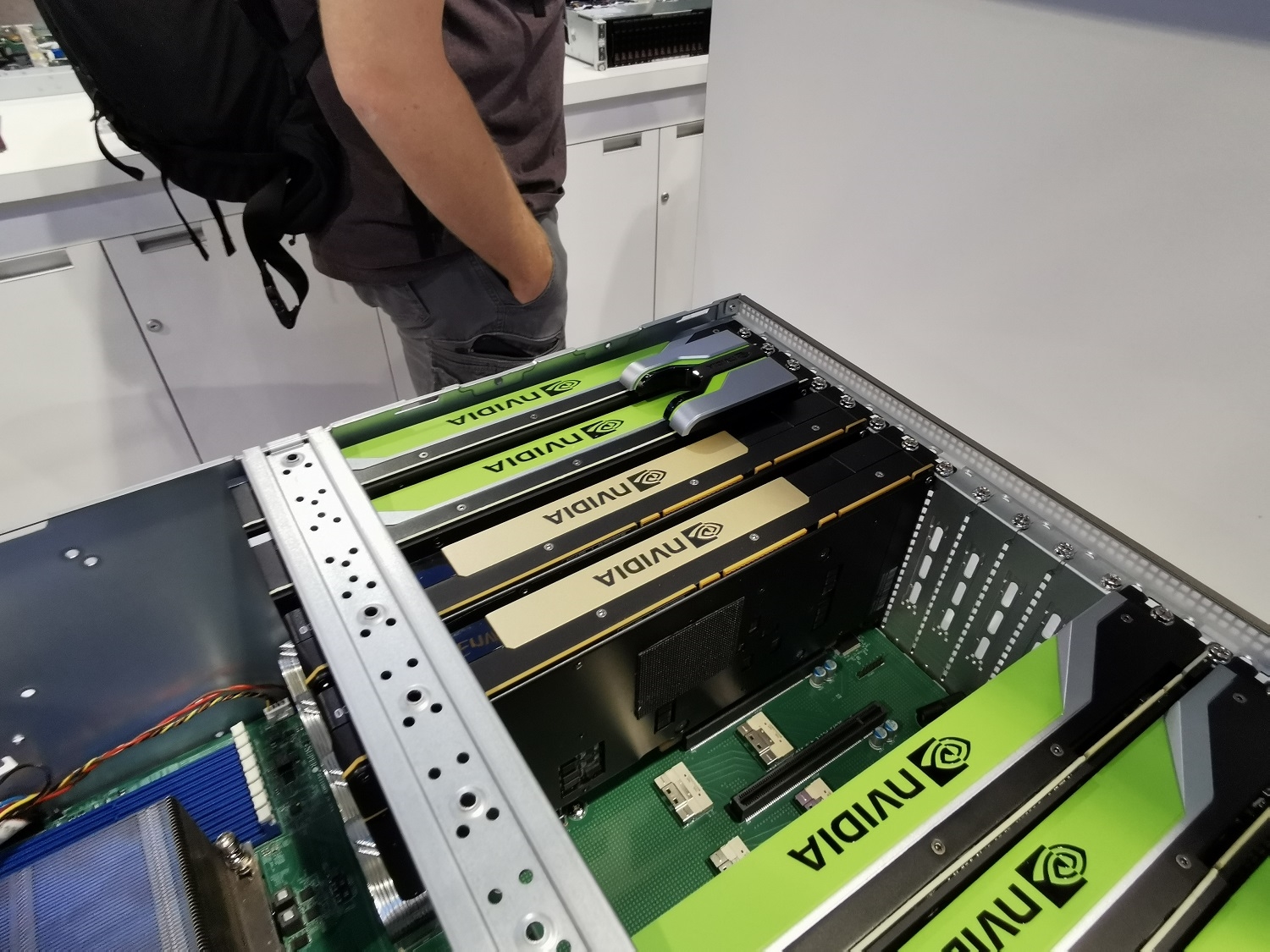 In the aspect of display and memory, hbm2 is still used,Capacity fixed at 32GBThe 16GB version is no longer available, the bit width is still 4096 bit, and the frequency is accelerated from 1.75ghz to 2.21ghz,Bandwidth also increased from 900gb / s to 1134gb / s.

But at the same time of a big increase in speed,The power consumption of Tesla v100s is still 250WObviously, both the manufacturing process and the core architecture are more mature.

In addition, from the on-site display,Tesla V100S

Related news
NVIDIA Tesla v100s low-key release: full speed up to turn into Tu Haojin
NVIDIA is not a dream to improve the performance of 7Nm ampere GPU with hydrogen bomb level by 100%
13 years of history NVIDIA gave up Tesla brand in a low-key way: name collision with electric vehicles
NVIDIA gives up Tesla brand in a low-key way: because of its name collision with famous electric vehicles
NVIDIA classic computing card series Tesla to be renamed: too confusing with Tesla
Hot news this week
Too many questions! Apple has changed the timing of the official release of iOS 16 series
Monkey acne cases have ranked first in the world that the United States has announced the emergency state of public health
Tencent and Logitech cooperation of the cloud game console Revelations: equipped with Android system configuration is low
Credit card points rule intensive adjustment online transaction points more "valuable"
High reserves and low cost experts: calcium ion batteries replace lithium batteries to stand up to the daily
Alibaba executives interpret financial results: the focus of the consumer side is no longer to attract new, but to do a good job in stratified operation
Losses in a single quarter of $ 23.4 billion a record, SoftBank did not carry the plunge of technology stocks and the devaluation of the yen
Sources say Samsung's Galaxy Z Fold4 is going up in price: a 512GB top unit will cost more than 13,000
The prevention and control of the American Monkey epidemic has failed. What should I pay attention to?
Is the micro -business headache? WeChat friends are suspected to have a big move: 7 can only be posted a week
The most popular news this week
After selling Tesla for $6.9 billion, Musk said he was not selling it, but a survey said he was still selling it. The title of the world's richest man may not be guaranteed next ye...
Distributed database OceanBase announced 4.0 product release, single -machine deployment performance is super mysql
The three major indexes of the US stocks opened sharply: ROBLOX fell more than 4%, Twitter and Tesla rose more than 3%
Japan has confirmed that China has overtaken the US for the first time in the world's top three indicators of scientific papers
A wake-up call for Apple? Foxconn says it is feeling the sting of slowing demand for smartphones
Joining Chip Alliance could serve as bridge, says South Korean Foreign Minister
Joe Biden also mentioned Chiplet? An unexpected A-share buzzword in A White House briefing
Nio Li Bin responds to mobile business rumors: This should be the definition of other people's imagination to us
Amazon is pushing a feature called "swipe to pay" that scans your palm to pay in seconds
Text message color, picture quality compression! Google calls out Apple for improving cross-device messaging