The game masterpiece that countless players have been looking forward to for a long time has come: "wild escort 2" late happiness

The long-awaited "wild escort 2" by countless PC players finally landed on the PC platform at the beginning of this month. Many players specially updated their old computer hardware for this game.

So what kind of game is wild escort 2?

As a prequel to the Wild Dart, the story takes place in the western United States in 1899, and the game tells the story.

As internal differences deteriorate, Arthur must make a choice as the gang is about to fall apart: loyal to his ideals or loyal to the gang he grew up with 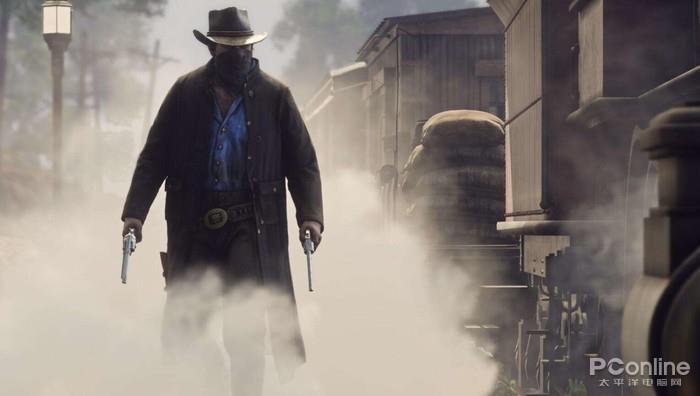 In this vast western world, we will have the opportunity to ride our horses and gallop in the vast wilderness, to appreciate the different towns and landscapes along the border between the United States and Mexico.

After eight years of hard work and meticulous creation by R star, the great escort in the wilderness 2 has many beautiful scenery that impresses the players, such as snow capped mountains, flying sandstorms, lush forests and the blue and shining lakes. 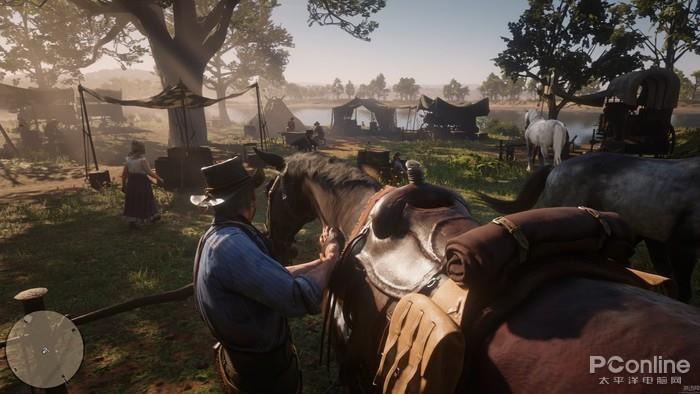 If you want to enjoy the beauty of the world, horse riding is undoubtedly the best way. For this reason, R star has built a very complete horse system for the game. Each kind of horse has different personalities, and has different reactions to different terrain, water and interaction with Arthur.

In the world of wild escort 2, horses play two unique roles: vehicle and adventure partner. You need to take care of your horses, not only to keep their fur clean and shiny, but also to supplement their health and endurance core, and even to ensure that horses can not die.

Of course, if you think the road is too far, you can still choose

The great escort in the wilderness: Redemption 2 is praised by countless people mainly because of its highly free playing method.

The game doesn't force the player to do something. The player is free to explore in the game.

However, in this endless wilderness, there is no symbolic reference, so it is easy to lose the task process, but this is also the charm brought by this game, so that players can explore their own Wilderness Road belonging to escort. 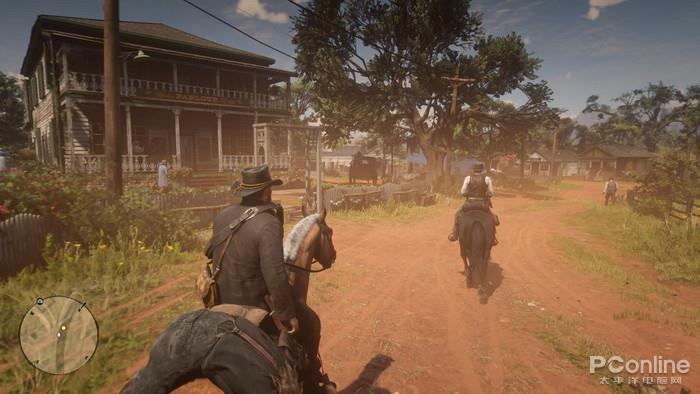 Even sometimes you can encounter many novel events, for example, sometimes a stranger who helps you kindly may be a gangster who swindles you into the ambush.

The open world of "wild escort 2" has reached the highest level in terms of both details and game content. 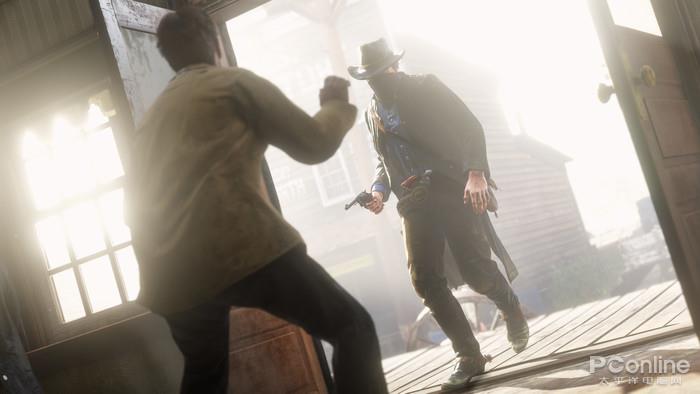 Although the book has a high degree of freedom, some important functions in the game are tied to the main line, such as double handguns and black market.

The former, as its name implies, allows the protagonist to equip the second pistol, while the black market can sell some valuable stolen goods that are not collected by ordinary stores. These two functions are very important in the game, so it is suggested that players can understand some main lines and start to explore.

In that turbulent era, gun battle was an essential method of play. The game made a detailed description of the guns of that era, from the shape and performance to the way of shooting and changing bullets, it had the characteristics of that era.

Although there are only more than 50 kinds of guns in the game, the guns with the characteristics of the times make the game fun. You can even compare cold weapons such as daggers, throwing knives, bows and arrows, as if you have an arsenal of the whole cowboy era. 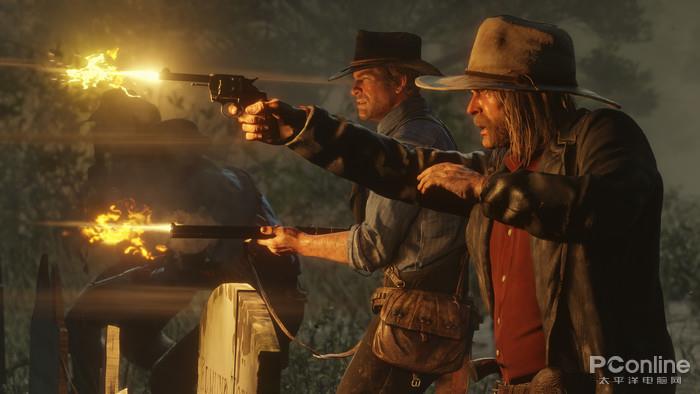 However, the state of each weapon will change according to the use mode, environmental factors and transformation. Players also need to clean and maintain weapons to maintain the best state.

In addition, players can also transform their own weapons, such as lengthening the barrel to improve the range and accuracy, or making or purchasing various kinds of ammunition with different effects and killing characteristics, or even changing the details such as carving patterns and leather covers of weapons, so as to make weapons more personalized. 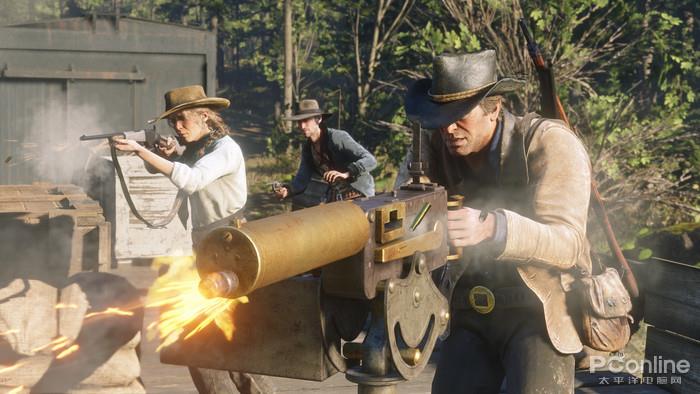 The game inherits to make the characteristic eye of death to be improved before, press R3 button to launch in the battle.

In addition to pulling out the gun and doing hard work, the game also provides a variety of combat options. Players can choose to sneak to kill the enemy in the way of hiding, or they can choose to combine moves such as boxing, blocking and catching to fight against hostile or simply rude opponents.

Although R-star did not make drastic changes to PC version of "wild escort 2", without the hardware limitation of the home host, R-star improved the graphics and technology of the game to enhance the sense of immersion.

The picture setting options of PC version of "wild escort 2" can be described as painstaking. R star has prepared 40 kinds of picture configuration options, including material quality, terrain, light and shadow, etc. 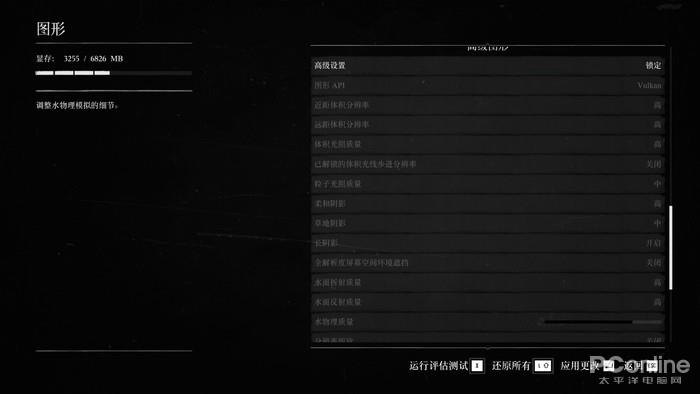 This also puts forward higher requirements for the computer host of the game player. From the actual experience, if the player wants to have a 60fps game experience under the high picture quality of 1080p, it needs at least one RTX 2060 graphics card.

Of course, the 1060 video card recommended by the government is enough, but the picture is not as good as that of 2060. The density of vegetation, the ground and the prospect are not as good as before, and the trees are all serrated, so the reality will be greatly reduced.

So in order to experience the western world better, it is necessary to have a high-performance computer host configuration.

Related news
The linely group's best mobile processor of the year: God u Kirin 810 wins the title
"Generation God U" Kirin 810 gets The Linely Group's annual "Best Cell Phone Processor Chip"
Hot news this week
Yao Ting, a "gifted girl" who won Huawei's 1.56 million yuan annual salary, responded: what does salary not mean
Qualcomm lobbied the US government to lift the ban on the sale of components to China
Tencent re racing e-commerce, but does not want to make the next pinduoduo
Tencent's response to wechat ban issued by the United States: under evaluation
HP shadow Genie 6 top equipped with sharp dragon version: the highest graphics card is still RTX 2060
Xiaomi 10 supreme commemorative edition press conference Lei Jun's live rehearsal
Wechat in Apple's Google App store may be banned. What if wechat can't be used on iPhone
Ali 88vip bought value: you can get Netease cloud music black glue annual card for free
Tencent launched the largest school recruitment in history, and these positions are most popular
The United States blocked tiktok and wechat one after another: This is the real purpose!
The most popular news this week
The latest statement by the founder of SMIC: the ability of the United States to restrict China is not so strong, but it should not be taken lightly
Don't do the next TikTok Zoom Give up China and choose India
Google: making 34 billion dollars a year can't stop the middle-aged crisis
Xiaomi 10 supreme commemorative version DxOMark results announced: 130 points won the first place in the world
Xiaomi's "black light factory" exposed: fully automated production of one million mobile phones a year
Lei Jun personally promised: surging chip did not give up!
120W wired, 50W wireless second charge: Xiaomi 10 supreme commemorative edition 40 minutes full
The Enlightenment of Microsoft's 28 year "Chinese style survival"
16GB memory, 120W second charge, 120Hz screen Xiaomi 10 supreme commemorative edition debut
Can SMIC get rid of American technology? Officials are speechless