Recently,MediaTek released its first 5g single chip solution Tianji 1000, strong specifications, with dozens of the world's first, Intel also almost announced that the 5g notebook of the future will adopt the 5g program of MediaTek, which will make MediaTek no different in a short time.

According to media reports,MediaTek has already started to offer customers a price for Tianji 1000, which is as high as $70. It's a high price, which is also much higher than the previous industry estimate of about $50.

In the history of MediaTek, it has tried to impact the high-end mobile phone market for many times. At that time, it was difficult to support the specifications of the high-end Helio X series, and it was sold by Xiaomi and LETV for many times. Therefore, it had to shed tears and give up the high-end market. How dare Tianji 1000 sell so expensive?

Industry insiders pointed out that MediaTek has a solid foundation.

Huawei Kirin 9905g is only for its own use. Qualcomm's next generation flagship, Xiaolong, is expected to remain an external baseband. The mainstream 7 series will be integrated. Samsung exynos 980 can't be used and sold. Moreover, MediaTek Tianji 1000 uses TSMC's mature first generation 7Nm technology, which is mass-produced this month and will go on sale at the beginning of next year.

In addition,This time, the preparation of the United Nations Development section is extremely adequate.

Cai Lixing, CEO of MediaTek, recently revealed that in order to develop 5g chips, MediaTek has invested NT $100 billion in succession, which can be described as a blood cost.

Last,The world's largest 5g mobile phone market in China is about to break outIt is a rare opportunity for MediaTek and any manufacturer.

Of course, for MediaTek, the offer is one thing. In the end, the price that the mobile phone manufacturer sells will not count. Especially for red rice, it has been revealed that redmi K30 series will carry Tianji 1000, but the positioning of red rice is known to all. In history, it is also the most ruthless one to pull MediaTek off the horse. 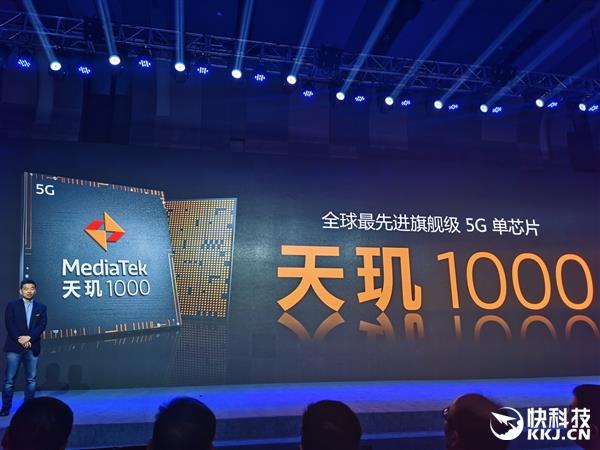 Related news
MediaTek has dropped a "nuclear bomb" in the 5g chip market
70 dollars! Sales price of 1000 5g chip of MediaTek Tianji
70 dollars! The quotation of MediaTek Tianji 1000 was exposed: only half of the price of Qualcomm 5g solution?
MediaTek 5g chip, Tianji 1000, a booming partner, has been asking for solutions
Guo Mingfu: Qualcomm snapdragon 765 reduces price by 25%, affecting the order of 5g chip of MediaTek
Qualcomm snapdragon 765 slashed its price by 30%, and 25 million mobile phone orders of MediaTek were robbed?
Android security update in March will fully fix MediaTek Su permission vulnerability
MediaTek's new Tianji 5 G chip is about to release the performance of the biggest attraction
The industry's first A77 integrated 5 G flagship Xiaomi to use MediaTek Tianji 1000
5g mobile phones compete for the market, and MediaTek 5g chip becomes the first choice of popular models
Hot news this week
AMD is licensed to continue to supply Huawei? Don't be happy too soon
Tencent responded to the Commerce Department's decision to continue communicating with the U.S. government for a long-term solution
Us chip giant obtains supply license to Huawei: will abide by US law 100%
IPhone 12 pro's latest HD shape exposure: industrial design and color matching changed
PS5、Xbox have cancelled the optical drive! Will the game disc die
As early as this Sunday, the US Department of Commerce banned the distribution of tiktok and wechat apps in US regional app stores
Huawei Chinese Academy of Sciences key EUV lithography machine? ASML Chinese Engineer: Arabian Nights
Tvos 14 still doesn't support 4K youtube, and users are confused
Apple didn't release the iPhone 12. Why isn't there a new iPhone for the first time in eight years? The reason has finally been found
Does Huawei's mobile phone price rise? We found the answer in Shenzhen Huaqiangbei
The most popular news this week
Feitian Maotai is 1000 yuan lower than the market price! Mao Tai also said there was no cooperation?
Looking for the original red capital! Ganzhou station of China Unicom's "ingenious network travel 2020" successfully ended
39 digit number rejected: wechat directly binds bank card without inputting card number
TSMC 5nm wafer cost exposure: Apple A14 and Huawei Qilin 9000 are not cheap
Huawei Folding Flagship Mate X2 Patent Plot Exposure: Full Screen Retention
Algerian currency printed on Chinese satellite "a Xing 1"
The construction scale of Tesla Berlin super factory has been expanded, and the main structure of three buildings has been formed
Tencent wins over physical plug-in manufacturers
The Linux 5.10 kernel is ready to support Intel DG1 audio output
proud! Chinese satellite a-xing-1 is printed with foreign currency