Weigh! Imaging pushes the strongest GPU in 15 years, and will build R & D center in China

Today, image technologies released thePowervr 10th generation (series10) graphics processing architecture img A-Series。 It is said that img a series is the most powerful graphics processor (GPU) semiconductor intellectual property (IP) product ever released by imaging technologies, and SOC devices that first carry the IP are expected to be shipped in 2020.

In the same clock and semiconductor process, the performance of img a series is 2.5 times higher than that of the powervr equipment being shipped, the machine learning processing speed is 8 times higher, and the power consumption is reduced by 60%. It is said that compared with other GPU IP currently available, IMG A is optimized in performance, power consumption, bandwidth and area, and has specific advantages including ensuring 50% of image compression data. 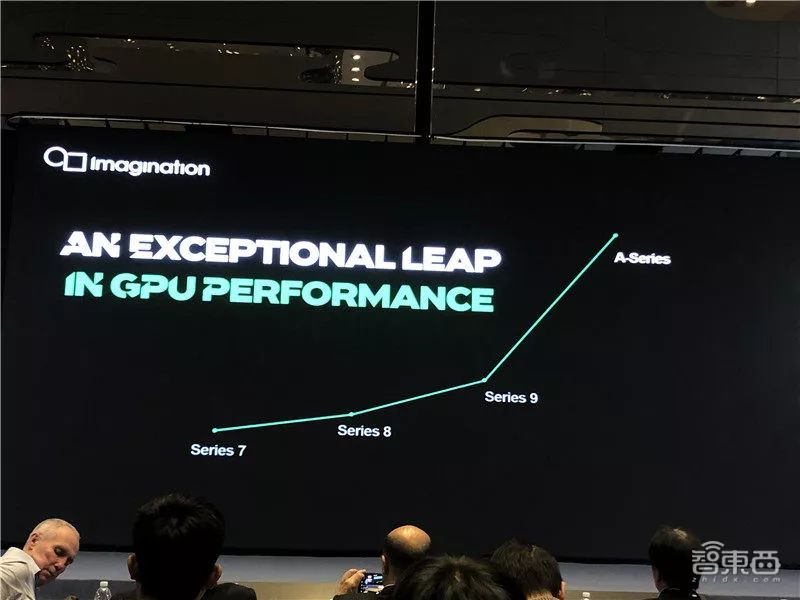 Andrew grant, senior director of imaging AI, told Zhidong that with the change of international situation and the support of domestic semiconductor development policy, imaging attaches more and more importance to the Chinese market, and will soon establish R & D centers in China. Currently, a management team has been set up, and a large number of R & D engineers will be recruited in China, and further progress will be announced in the first quarter of next year Exhibition.

Imaging technologies is a global leader in mobile GPU IP, which is deeply involved in the research, development and design of GPU core. It was once a royal graphics technology provider of a series processors in Apple iPhone and other products, with its headquarters in the UK. In 2018, it was acquired by Chinese background enterprises. On the basis of GPU and mobile phone genes, image has gradually expanded to an important vertical market where AI technologies such as automobiles and security have landed by providing a series of products such as software, IP, embedded systems, computing platforms and solutions.

The IMG A series is designed to

IMG a series implements performance scalability from multiple dimensions. For the entry-level market, it is suitable for components processing 1 pixel per clock cycle; for high-performance devices, it can be used for the core of floating-point operations (2 tflop) with a speed of up to 2 trillion times per second; and even for cloud applications, ultra-high-speed multi-core solutions.

It is said that img a series provides significant improvement in every dimension except for powervr being shipped. Compared with other GPU IP currently available, IMG A is optimized in performance, power consumption, bandwidth and area, and has specific advantages such as ensuring 50% image compression data.

IMG a series has been authorized to customers in many markets, and the first SOC devices equipped with the IP are expected to be available in 2020. At the meeting, imaging technologies announced that Ziguang zhanrui has obtained the license of its latest generation of neural network accelerator (NNA) powervr series 3nx semiconductor IP to be used in the system level chips for the middle and high-end mobile device market in the future. 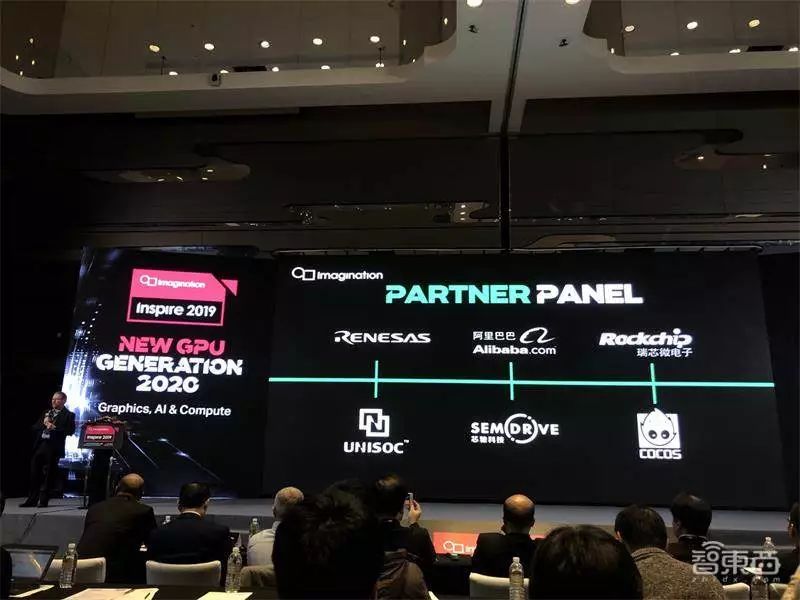 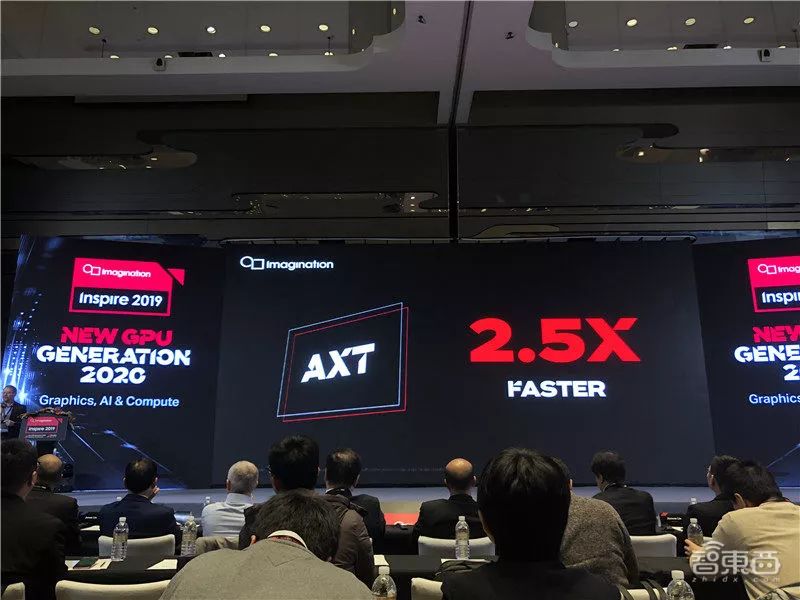 For lower-cost market segments, IMG AX-2-16 is oriented to the high-end Internet of things, entry-level DTV / STB, display and other applications that require high filling rate, with performance of 2 PPC,16 GFLOPS and 2 Gpixels;IMG AX-1-16 for entry-level mobile devices and the Internet of things. GPU;, the fastest of its kind and supports Vulkan functionality, has a performance of 1 PPC,16 GFLOPS and 1 Gpixels. 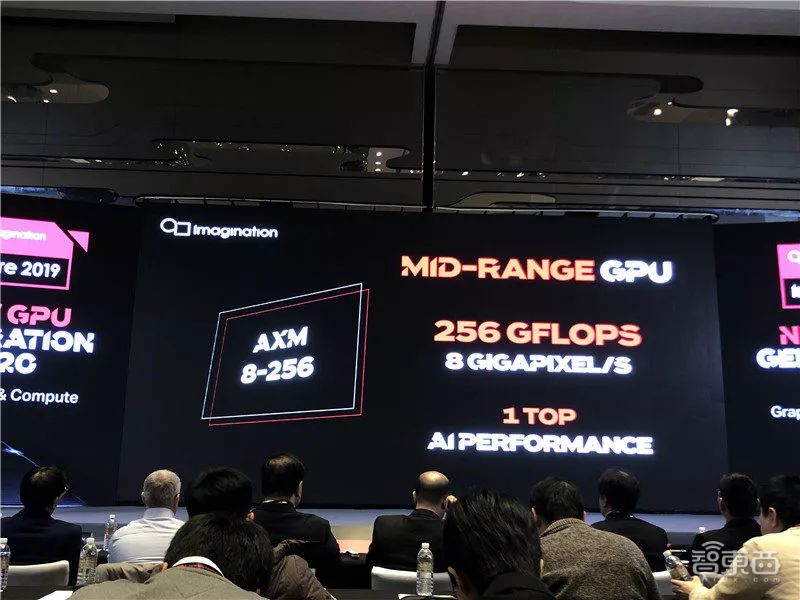 Due to the limitation of heat dissipation, most mobile GPUs are difficult to provide consistent gaming experience. As the chip heats up, its performance drops to an unacceptable level, which often leads to a disappointing user experience. IMG a series provides continuous and reliable performance and longer game time at a consistent frame rate, avoiding overheating such as clock frequency reduction or even failure caused by chip overheating.

Based on tbdr technology, the powervr architecture GPU of img a series only needs to draw the visible content on the screen, which makes it have the advantages of bandwidth and power consumption.

At the same time, the IMG a series also adopts the hyperlane technology of image, and the independent hardware control channels are isolated in the memory, so that different tasks can be submitted to the GPU at the same time to lock the GPU to achieve multi task processing. 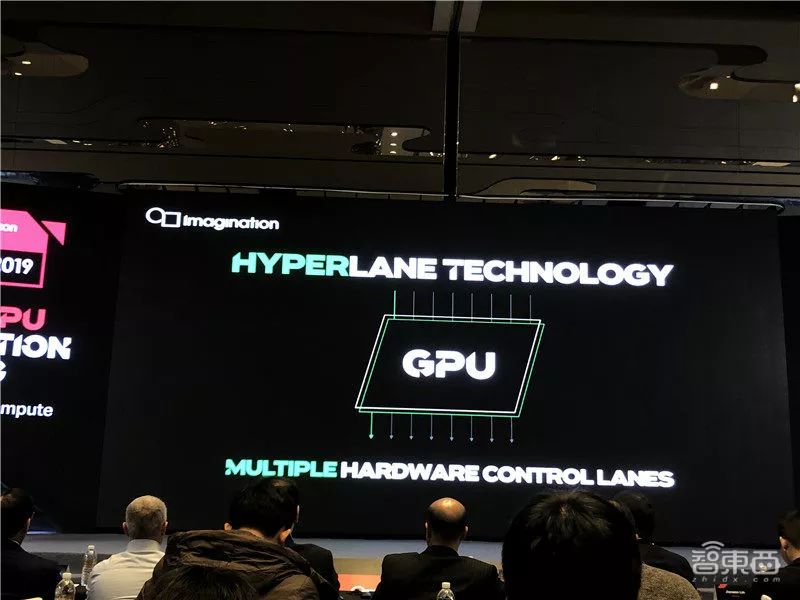 With the dynamic performance control function, GPU can distribute its performance among multiple tasks and perform all tasks, while maximizing the use of GPU. Priority hyperlanes technology can provide dynamic splitting. For example, when performing an AI task, it can prioritize the processing of graphics requirements, provide sufficient computing resources for it, and use the remaining computing resources to process AI tasks.

Hyperlane technology also isolates protected content for rights management, and all img A-Series GPUs support up to eight hyperlanes. In addition, hyperlane supports a new feature, AI synergy, which enables SOC designers to leverage the level of computing power in the IMG a series to accelerate their AI workload. 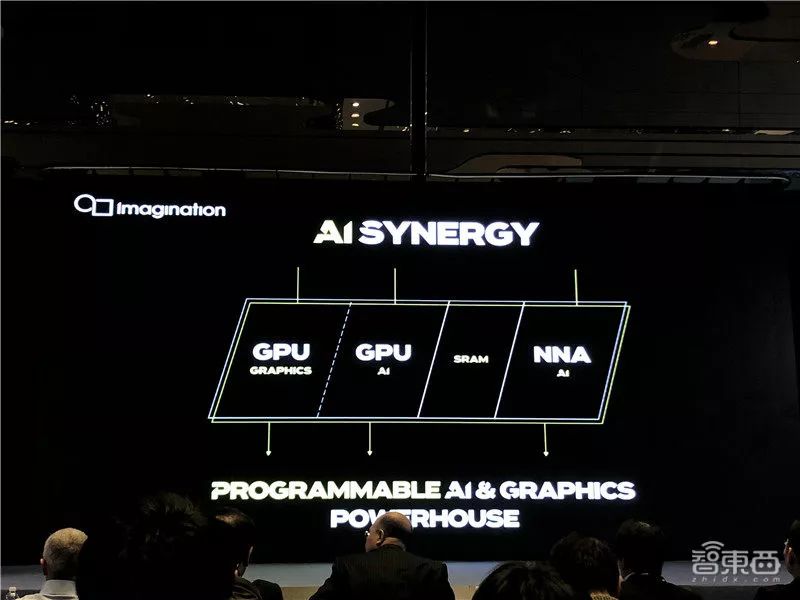 David Harold, vice president of image marketing and communication, told Zhidong that in 2018, the company's business accounted for 25% of the Chinese market, and 20% of the IP authorization was given to Chinese enterprises, which is expected to continue to grow in 2019.

From the initiatives of image in new product release, regional market pattern, R & D center plan, talent recruitment plan and other aspects, we can see that image is trying to regain the market share of mobile GPU by targeting the domestic GPU IP market, focusing on many application areas such as smart phones, automatic driving and aiot.

From the perspective of large market, under the background of Sino-US trade, China vigorously encourages the development of semiconductor industry, seeks the independent control of semiconductor technology, and chip IP industry is expected to enter the golden age. In this era, it is very difficult to choose to do R & D from scratch, and it is much easier to put the existing IP into the chip. The semiconductor IP enterprises with the headquarters in Europe, Chinese background and decades of GPU IP accumulation are expected to usher in new opportunities.

Related news
Weigh! Imaging pushes the strongest GPU in 15 years, and will build R & D center in China
Mobile GPU Revolution: ray tracing is coming
Apple has reached a new licensing agreement with imaging: self research GPU or frustration
Semicon China: Huawei and Exxon bring semiconductor intelligent quality inspection and measurement solutions
Hot news this week
Apple is recruiting neurorendering research scientists to create immersive experiences for AR/VR products
Tesla China will take the initiative to significantly reduce production if it still fails to sell by 40,000 yuan
The Internet reported that the Shanghai factory would voluntarily cut production by 20%, Tesla responded
Hangzhou Internet Court: NFT digital collection belongs to the network virtual property, protected by law
Amazon has withdrawn a new offer from its retail division, cutting off new employees who were due to start early next year
You know what? Looking at your phone while driving is the equivalent of driving blind for about 50 meters, which is extremely dangerous
The United States has approved the first fecal transplant to treat disease by transplanting someone else's feces
Dalitsu, a lens supplier for Apple's iPhone 14, reported revenue of NT $5.231 billion in November, up 20 percent from a year earlier
Transsion Holdings: Established a global strategic partnership with Google to carry out in-depth cooperation in areas such as Android system
Do the most lightweight and smooth system! - MIUI 14 will come soon: The flagship will also be upgraded two years ago
The most popular news this week
Activision Blizzard CEO says Microsoft acquisition will go ahead, FTC allegations are factually incorrect
Experts: do not take ibuprofen if you eat Lianhua Qingdian, separate Chinese and Western medicines
Up to 56 cores! The new generation of Intel processors is coming.
Upgrade second regret! Serious problems after AirPods Pro 2 update
Apple got Sony's flagship sensor! iP15 is now more expected
Ibuprofen does not have to compete for the world's largest production capacity in China: one company is enough for 3.3 billion people.
QQ level first in the world! I responded to make netizens envious: the family opened the Internet cafe
Cook's "no" to Musk: cost Apple 4.4 trillion
AI paintings fetch a record price of 1.1 million! Baidu's AI painting was tested and the result was amazing
Burst! Tesla China discontinues Model Y production