Foreign media comment on the resignation of Google's founders: they give up to become Buffett in the field of science and technology

Larry Page, the chief executive of Google's parent company, announced his resignation on Tuesday, and Google's chief executive, Sundel? Sundar Pichai will take over the post of CEO At the same time, Google's other co-founder, Sergey Brin, the president of Alphabet, also saidGoogle's founder has already accepted Warren? Buffett (Warren Buffett) 's non-intrusive management style has been trying to turn his company into Berkshire Hathaway in the technology world for years. The decision of both founders to resign on Tuesday ended all these efforts. 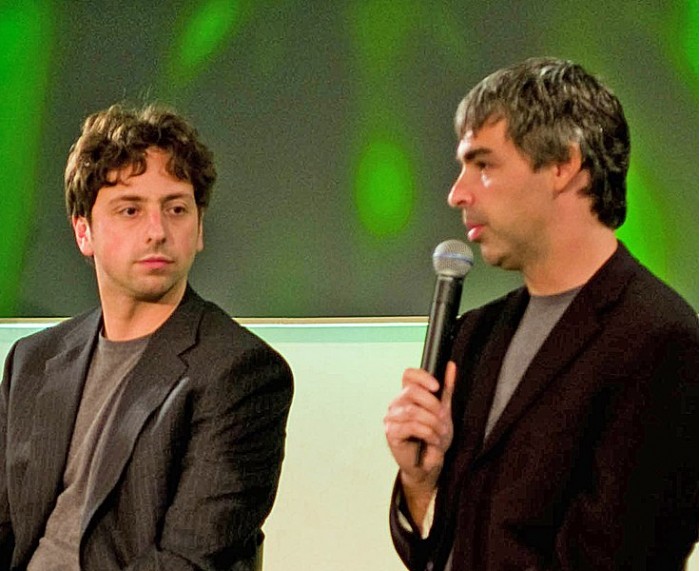 Page and Brin founded Alphabet, in 2015 to give themselves more time to invest in start-up technology companies and handed over responsibility for managing Google to Sandel Pichai (Sundar Pichai). The model was inspired by Buffett's approach. The Wall Street mogul allocates capital to different companies and leaves the chief executives of independent companies to decide how to operate.

From a financial point of view, alphabet shows investors that the company has not invested too much money in the ambitious "moon landing" project, but also highlights the huge profitability of Google's main business.

But in terms of operation, the company's structure has been in near continuous turmoil, and it has been difficult to create a new business independent of Google. In 2018, the company's "other bets," including businesses such as waymo and verily, lost $3.4 billion, compared with a loss of nearly $1 billion last quarter.

Some current and former Google employees believe that Pichai's promotion shows that alphabet's start-up business will gain stronger corporate governance. Page and Brin are respected for their visionary technical ideas, but their management skills are not very good.

Vineet Butch, a partner at Firestone Ventures, a venture capital firm, has served as a product-management director for more than eight years until the end of 2018. 职.他表示
google

Related news
Chinese scientists protest against the scientific research environment in the United States. "Poisonous," Nature and Science speak out!
AI has captured many people and has re-entered Science, training costs $150, and wins 1,000 knives per hour.
Google cloud has acquired cornerstone technology and the price has not been disclosed
Hot news this week
Is it the second Foxconn, LANs technology, Mengniu and even "old Ganma"?
Tencent received "dog ", Li Yanhong after all is wrong to pay?
Xiaomi ranks in the top 50 of fortune China's top 500 in 2020: top three Internet service companies
Mobile payment war of seizing ant financial services and Tencent in Southeast Asia
Sogou has to be sold. Is Tencent's high price worth it?
New battlefield of Ali, pinduoduo and Jingdong: Fruit Farm
Tesla Model x? Foreign media articles are "overturned" by Weilai
Does Tencent's acquisition of Sogou challenge Baidu's position in the search industry?
China Unicom launches plus membership: minimum 99 yuan / year, 12 VIP free choice
The investment bank predicts that Apple's third quarter earnings report is full of flexibility, and the future focus is still on the 5g version of the iPhone 12
The most popular news this week
Bezos Musk's face is just! Amazon plans to spend $10 billion on space Internet
AMD will surpass apple in the second quarter of next year
American youth: saving tiktok
Parkour Runner-up Yubi "Super Hunting City" game experience full
Z times competition for Asus b550 snow blowing motherboard
Xiaomi's donation to "hongzhisheng" in five cities came to a successful conclusion
Internet users in America launched the tiktok TikTok: support for overseas version of the jitter.
Xiaomi's new generation of true wireless headphones: active noise reduction finally added
Blockade, looting, hunting, how can China's science and technology "cross the loot"?
How many people are there in China? The seventh national census is coming: Tencent provides technical support