Guo Mingyu, an analyst at Tianfeng international securities, has come to predict the new iPhone again, which is quite rich this time. According to him, Apple will release up to five iPhones next year, including a long-awaited small screen flagship and four 5g models.

According to Guo Mingfu,Apple will launch the iPhone se 2 in the first half of next year (around March in spring), with a 4.7-inch LCD screen, basically the same design as the iPhone 8, with only 4G support.

In the second half of next year (autumn September as usual), Apple will launch four new iPhones at one go. The appearance will return to the classic iPhone 4 style, unify the OLED screen, and all of them will be equipped with Qualcomm snapdragon x55 5g baseband, which is exactly the same as the partner of snapdragon 865.

It is expected that new iPhone, which supports both 6GHz and millimeter wave, will be sold mainly in the United States, Canada, Japan, South Korea and the United Kingdom, accounting for about 15 percent of shipments.

Interestingly,Guo also predicted that Apple would release the iPhone se 2 plus in the first half of 2021, with a screen size of 5.5 inches or 6.1 inches. It adopts a comprehensive screen design, but does not support face ID, so the area of the bangs is small, and the touch ID is integrated with the side power button.

By the second half of 2021, Guo predicted that the high-end iPhone models would eventually cancel the lightning interface, but will not use usb-c, but fully wireless connection. 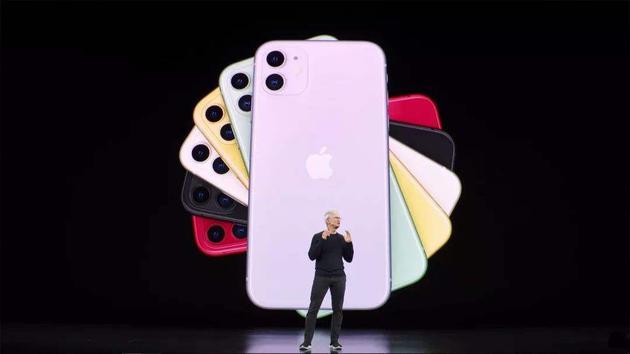 Related news
Guo Mingfu: in order to adapt to 5g, the cost of iPhone SLP will increase next year
IPhone 7 series will be discontinued! Perfect small screen iPhone coming: iPhone se2 is going crazy
Analyst Guo Mingfu: next year, both iPhone se 2 and 5g will be equipped with LCP antenna with excellent performance
Guo Mingfu: iPhone se 2 in the first half of next year, four full 5g models in the second half of next year
You may be able to buy five new iPhones next year
You may be able to buy five new iPhones next year
4 5g iPhones in group exposure! Apple shares back to peak: over $1.2 trillion
Guo Mingfu: apple is about to release five new iPhones
The upcoming iPhone 12 is expected to support the real millimeter wave 5g
Hot news this week
Xiaomi's new keyboard and mouse product: keyboard can't only be used for typing
100% full screen? Samsung Galaxy note 20 first exposure: or in July
$101.58 billion! China's integrated circuit exports hit a record high in 2019: processor accounts for 35.1 per cent
Fold for fold: is Motorola Razr really a 100% mobile phone?
Getting online is getting easier: Google announces the closure of the free Wi Fi project station
Lenovo Z664G to hand price $999:4000mAh/159g/7.97mm
Intel headquarters cuts 128 employees, optimizes resources and closes low priority businesses
US Wants to Limit TSMC Supply Huawei: Cutting Global Chip Supply Chain
Here comes the 7 nm sharp dragon! Lenovo released ideapad slim 7 amd version on the US official website
Novel coronavirus pneumonia CDC may be followed by China's suspension of work and suspension of school
The most popular news this week
Preview of domestic ukui 3.0 task bar: pixel level tribute to windows
China will complete the global network of the Beidou satellite navigation system in the near future
Customized SQ1 processor Microsoft Surface Pro x on the shelves: from 9988 yuan
Huawei's emui 10.0 new feature release will be open to five flagship models
Yu Chengdong: as promised, spring is here
Google announced gsoc 2020 summer code project list 200 open source projects 30 new
Study finds using a smartphone affects your brain size and shape
The South China Seafood Market is not the birthplace of the new crown virus, according to new research America's "innocent "?
Amd Vega core and three generations of 7Nm "big angle" GPU with 8192 cores
The U.S. will hold 5g summit to pull Samsung, Nokia, Ericsson and others together to fight Huawei