Apple, Huawei and AMD are almost the three most active enterprises in the current pure design fabless chip enterprises, and 7Nm has become the main force.

According to the latest news,TSMC's 5nm yield has climbed to 50%, and it is expected to produce as soon as the first quarter of next yearIn the early stage, the monthly production capacity will be 50000 pieces, and then it will gradually increase to 70000-80000 pieces.

At present, the first 5nm consumer products disclosed include apple A14, Hisilicon 1000 series, etc., which are said to have been verified in September.

As for AMD, the Zen 4 architecture processor is also 5 nm and the first high probability is given to the fourth generation EPYC roller processor, code numbe 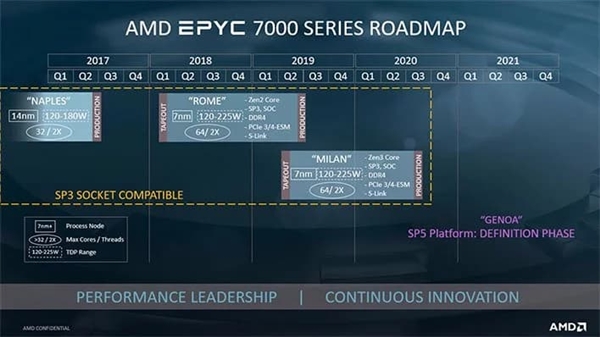 According to the official data of TSMC, compared with 7Nm (the first generation DUV), the new 5nm chip based on cortex A72 core can provide 1.8 times of logic density, 15% faster speed, or 30% lower power consumption. The same process SRAM is also very excellent and area reduction.

In addition, thanks to the adoption of the Xiaolong 865, TSMC's 7Nm DUV will continue to produce brilliant results in the traditional off-season next spring.