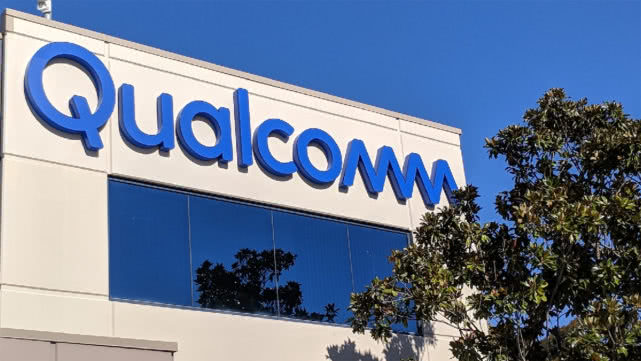 Qualcomm's 865, the last player of 5g chips this year, is finally on the scene.

The Xiaolong 865 uses TSMC 7Nm, the new kryo 585 CPU and the Adreno 650 GPU. Compared with the previous generation, its performance has been improved by up to 25%, and its energy efficiency has been improved by up to 25%. In general, x55g baseband and RF system is the world's first commercial baseband to antenna complete 5g solution, which can provide a peak downlink rate of up to 7.5 GBP.

Unfortunately, although the speed is high, Qualcomm's 5g baseband is still external, not integrated into the SOC. As we all know, integrated baseband is superior to external baseband in power control and signal stability.

At present, the flagship 5g chips Huawei Kirin 9905g and MediaTek Tianji 1000 launched in the industry are both integrated 5g baseband designs.

Qualcomm president Amun explained that enabling the new 5g service requires the baseband and AP with the best performance. If only in order to launch 5g SOC, we have to reduce the performance of either or one of them, so that the potential of 5g cannot be fully realized, it is not worth the loss.

In fact, it has always been positioned as the flagship 8 series, bringing together Qualcomm's most advanced chip technology, which is the wind vane of the global mobile phone chip industry. In terms of parameters, Xiaolong 865 still has the best performance. Only in the face of the rapid advancement of competitors and mobile phone manufacturers' self-developed chips, the sales volume of series 8 has continued to shrink in recent years, coupled with their own overly optimistic judgment on the 5g process, the high-tech company from the United States is fading the aura of the former overlord. At the same time, the Chinese mobile phone brand taking the Qualcomm ship is also standing at the crossroads of the relationship fate.

In the era of Nokia, De Yi was the king in the chip industry. Later, with the decline of Nokia, in the final analysis, baseband couldn't do Qualcomm. Therefore, baseband chip can be said to be the biggest advantage of Qualcomm. And the core of mobile phone chip is baseband chip. With this contribution, Qualcomm is in the middle of 3G and 4G.

5g is different from 3G and 4G. It is a new communication technology. It has higher requirements for chip and baseband cooperation and performance. The integrated approach is recognized as the best way. Integration into a SoC means that 5g module can be really integrated into the chip, rather than simply packaged together. Communication module shares chip memory with CPU and GPU. Compared with the external 5g baseband scheme or the simple encapsulation scheme, the power consumption is lower and the data transmission rate is faster.

A chip designer told Tencent News "Horizon" that the physical advantages of the integrated scheme over the non integrated scheme are obvious, which can avoid the transmission loss of additional lines between chips, save power and space.

In addition to the criticism of the external baseband, the speed of Xiaolong 865 is also ridiculed by the outside world.

So why does Qualcomm choose the external baseband on the snapdragon 865? Technically speaking, it mainly considers the iteration of its baseband advantages. In contrast, the development of plug-in is less difficult and can show the ultimate performance. From the perspective of competition, since apple, Huawei, Samsung and other high-yield customers began to use self-developed chips, Xiaolong 8 series has long been no longer the first choice product, coupled with the lack of competitiveness, resulting in a continuous decline in sales. This can be seen from Xiaomi's flagship machine shipment volume, the biggest customer of Xiaolong 8 series.

What's more, Qualcomm's financial results are also worrisome due to the lack of 5g blockbuster products for almost a whole year. Qualcomm's latest Q4 results for fy2019 show revenue of $4.8 billion, down 17% year-on-year. It is reported that Qualcomm sold 152 million chips in the quarter, down 34% year on year. According to the financial report, the company's chip shipment in 2019 is 6.08-6.28, down 22% - 24% year on year, the worst performance in nearly five years.

Once upon a time, the 8 series was Qualcomm's iconic product that led the chip industry, but now it's eclipsed.

According to the latest data of canalys, in the third quarter of this year, Huawei's mobile phone (including glory) shipped 41.5 million units in the domestic market, setting a new record again, reaching 42% of the market share, with an annual growth rate of 66%. Huawei's strong growth has put significant pressure on other mobile phone brands, with Xiaomi, oppo and vivo all falling by more than 20% except Huawei. According to the analysis, 5g mobile phones will become the core driving force for the growth of smart phone market in the future.

It is worth noting that vivo is not dead at Qualcomm. The x30 series first chose to cooperate with exynos 980, a Samsung 5g chip, and went deep into the pre definition stage of the chip. Before that, vivo's mobile phone chips mainly came from Qualcomm and MTK. This unusual move is widely believed that vivo intends to get rid of Qualcomm's dependence and make reserves for self-developed chips.

Wu Qiang, vice president of oppo, said in an interview that 4G and 5g will coexist for a period of time. 2020 will be a large-scale stage of 5g mobile phone popularization. From now until the end of 2020, it will mainly focus on the medium and high-end market of 2000-3000 yuan. After 2020, there will be 1000 yuan of 5g mobile phones entering. By implication, oppo's 5g mobile phones are mainly concentrated around 3000 yuan, and 4G mobile phones will continue to be launched, which is very consistent with the positioning of Xiaolong 765 / 765G.

Xiaomi didn't rely too much on Qualcomm in the choice of 5g chips, which was between the performance of MediaTek and Hongmi in recent years. It is said that the pro version of K30 will carry the Tianji 1000 of MediaTek. At present, oppo, millet, vivo and other products based on Xiaolong 765G are on the way.

According to the data, China's 5g mobile phones will be around 150 million in 2020. By 2022, 5g smartphone shipments will reach 1.4 billion. It can be predicted that the mobile phone brands with Samsung, Huawei and Apple's self-developed chips as the first tier have firmly occupied the high-end market and gradually penetrated into it; the mobile phone brands with oppo, vivo and Xiaomi relying on Qualcomm chips as the second tier will compete fiercely in the middle-end market.

Facing the huge 5g mobile phone market, whether the first echelon can defend its position and whether the second echelon can not fall behind depends on the control of the chip. 5g is out of color in front of Qualcomm. It's hard to know in the later stage that Chinese mobile phone manufacturers may have to make a new choice.

Related news
Windows 10 May 2019 updates will no longer tie up the Candy Legend game
In addition to the Sandbox, Windows 10 May 2019 has these small improvements worthy of attention (Figure)
Microsoft Windows 10 May 2019 update officially started to push globally within a few weeks
Starting from Windows 10 May 2019: These functions will be removed/discarded (figure)
FCC approves the merger of T-Mobile and Sprint: to accelerate 5G deployment in the United States
Hot news this week
Developers of Linux distribution scramble for Windows 7 users
Musk is going to blow up the rocket tomorrow
Challenge the fierce rival Intel amd Su Zifeng: This is just the beginning!
Huawei mate XS Ministry of industry and information technology access: equipped with Kirin 990 5g, better hinge / screen
Can't OEM 16nm chips for Huawei? TSMC: hard to estimate but ready for changes in export control at any time
China Telecom will add 8 million 5g users in 2019. This year's goal: 60 million 5g terminals
Some netizens unearthed the gold version of Huawei mate 30 Pro
Check the software service providers of China's six major enterprises to see the truth behind the financial statements
TSMC's response to "manufacturing military chips in the United States": no arrangement yet
TSMC disclosed the proportion of chip shipments in the fourth quarter of last year: 7Nm accounted for 35% and 10nm fell to 1%
The most popular news this week
NetEase cloud music and station B could be the only two accidents
The rumored 6.7-inch iPhone is thinner and has a larger rear camera sensor
Samsung's AirDresser uses strong airflow and steam to clean care clothes
AMD: the company is committed to making more people afford high-performance CPU / GPU and 7Nm desktop APU on the road
CIRP: iPhone 11 series dominates holiday season U.S. iPhone sales
Market value competition of Chinese Internet listed companies: Ali = 10.3 Jingdong
Apple begins to sell refurbished iPhone XS and iPhone XS Max models
Apple debuts iPhone XS/XS Max official flip: up to $350 price cut
New features of Chrome for Android: copying pictures
Tesla's response to the recall petition: allegations of total error all vehicles are operating normally