Speculation about the iPhone lineup in 2020 continues to heat up, including the so-called "iPhone se 2" and "iPhone 12.". Rosenblatt securities released its latest investor report detailing market expectations for the new phones and Apple's iPhone 11 production plan. 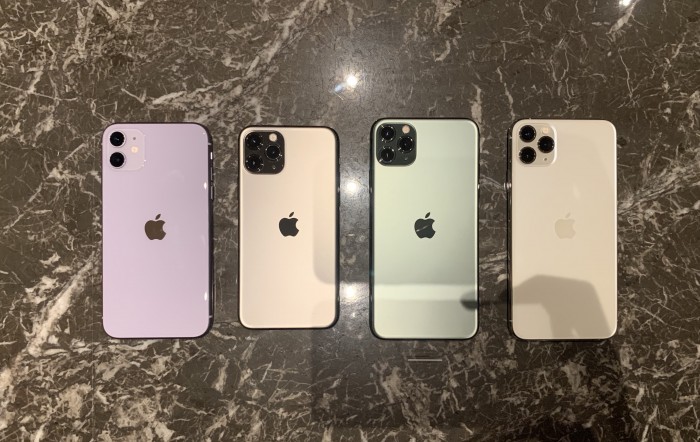 Katie Huberty (Katy Huberty), an analyst at Morgan Stanley, on the other hand, refuted claims that Apple was cutting production. Huberty said she has met with Apple's CFO Luca Mestri (Luca Maestri) and supply chain partners in the past two weeks, and all indications are that the iPhone 11 line of products, such as the iPhone 11 Pro and iPhone 11 Pro Max, has been strong as a whole.

It should be noted that Rosenblatt's view of Apple tends to be very pessimistic. In its latest report, Rosenblatt reiterated its sell rating on Apple stock, with a target price of $150, while the current transaction price of apple stock is about $267 per share.

The forecast is different from Guo Mingyu, an analyst at Tianfeng securities, who said last week that Apple will release four new iPhones with OLED panels in 2020, as well as the low-cost model "iPhone se 2".

Related news
IPhone 11, what an embarrassment!
The world's first demolition components of the iPhone 11 Pro Max have changed a lot
Apple cut down about 10% of its orders for the iPhone 11 Pro Max because of the high price.
Rosenblat Securities: Apple cut iPhone 11 Pro production by 25%
Foreign media said Apple would cut production of iPhone 11 Pro Series by 25%
Hot news this week
||||||||
Celebrating Hubble's 30-year launch of NASA's "birthday universe" special page
TSMC's 5nm process performance is improved by 15% and the performance of AMD Ruilong 5000 processor takes off
HuaweiP40 release: with HMS hard-core google, no price increase to grab the global high-end machine market
Official disclosure of Lenovo's 2020 model Savior: 30% reduction in charger volume
Twitter is a good product, but its shareholders don't have to
Samsung and LG will send 430 employees to Vietnam to support smart device production
A Brief History of Huawei and Xiaomi
Sony Xperia 1Ⅱ detailed specification exposure: sony IMX557 exclusive lead UF3.0
Windows 10 cumulative update kb4541335 release: fix start menu problems (Figure)
The most popular news this week
Tencent launches QQ app for wechat transfer
A field visit to Apple's Daidai factory: 30 thousand people are recruited in five days, and mass production of new iPhone is on the way
Huawei is under the entity list in the whole year: 2020 is the key year to test the supply chain
Direct half price! Microsoft's official turn over of surface
Huawei wins the bid for Mobile's 133000 5g base stations and Nokia is out due to its high quotation
Lenovo confirmed as the first batch of cooperators of Luo Yonghao's live broadcast products, which will mainly promote the online class platform
Liu Haoran's endorsement of vivo S6 released: young people's 5g self filming mobile phone starts from 2698 yuan
From HK $338 for China Mobile's 5g business package in Hong Kong
Xiaomi 2019 revenue first broke 200 billion! Less than 1% hardware margin
Lei Jun sent an open letter to investors: how does Xiaomi deal with the challenges under the "black swan" crisis?