Tesla crashes into the police car: the auxiliary system autopilot is on all the way, and the two cars in a row haven't stopped automatically 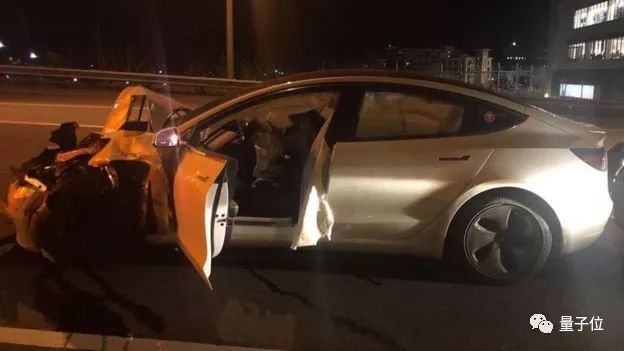 A Tesla Model 3 crashes into a parked police car on a Connecticut highway in the United States.

After that, Tesla didn't stop and drove on, hitting another parked car.

After that, Tesla didn't stop. She drove a few meters further before being stopped by the police.

The whole process, the auxiliary driving system in the carAutopilotIt's all on.

Police said they were alerted that a car was parked on the highway and occupied the driveway, so they rushed to the I-95 interstate.

At the scene, the police found the car parked on the road, ready to drag it away. While waiting for the trailer to arrive, a 2018 Tesla Model 3 collided from behindPolice carI ran into another one that didn't get dragged awayIllegal car。

As mentioned at the beginning, the model 3 of two cars in a row still hasn't stopped. It drove slowly for tens of meters before it was stopped.

The Tesla owner explained to the police that he had opened the autopilot and wanted to take a look at the back seatDoggyWhat's the situation? I crashed when I was helping the dog to check.

Although no one was injured in the accident, the driver was charged with reckless driving and reckless and dangerous behavior.

After all, the police added emergency lighting after the offending car, as well as additional signs after the police car, and the Tesla user guide also states that when autopilot works, the driver should always focus on driving and keep his hands on the steering wheel. Tesla drivers clearly failed. 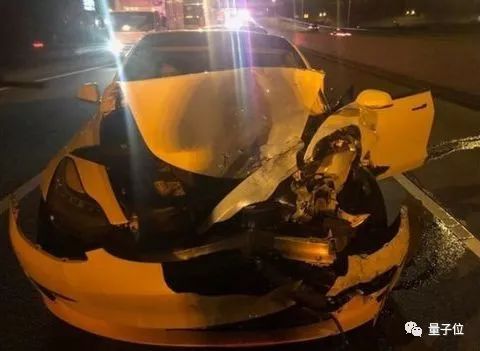 No matter what your driving skills are, you should concentrate on the whole driving process to ensure safe driving.

According to the national highway traffic safety administration, although many models already have some automation functions, none of the vehicles sold so far have fully automated driving.

Similar to this, Tesla has published more than once. Even so, there are still a lot of car owners

For example, a Tesla Model s hit a fire truck in January 2018. Subsequent investigation found that the owner opened the autopilot and startedDrink water and eat。

Some people say Musk often posts some on Twitte 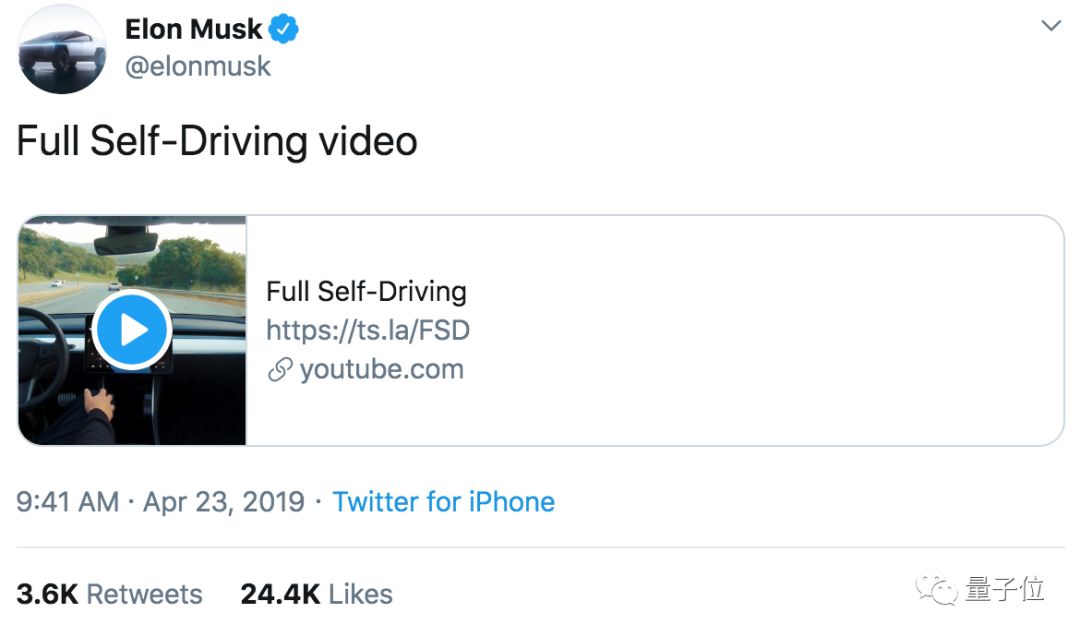 It seems that the car can drive to its destination without putting its hand on the steering wheel, which is easy to be misunderstood.

In addition, some drivers upload their own

So far, there are5 casesFatal accidentOccurs when autopilot is on.

If the cool skills in the video are not available at all, what are the responsibilities of autopilot in the existing Tesla?

In fact, the current capabilities only includeCollision warning,Automatic emergency braking, and automatically adjust the low / high beam. In terms of the accidents that have occurred, the effectiveness of the first two functions is also worrying.

There are tens of thousands of roads, safety first.

Even if there are more beautiful legends, we must concentrate on driving.

Related news
Tesla crashes into the police car: the auxiliary system autopilot is on all the way, and the two cars in a row haven't stopped automatically
13 years of history NVIDIA gave up Tesla brand in a low-key way: name collision with electric vehicles
NVIDIA gives up Tesla brand in a low-key way: because of its name collision with famous electric vehicles
Maybe we'll see the apple car in nine months
Top Secret Way To Win Lottery With The Help Of A Magic spell
Hot news this week
Young people can't change their mobile phones one brother pressure in the channel inventory up to 50 million
Chinese mysterious female rich 560 million buy European luxury homes: the full amount of cash is paid at a time
Criminal gang candid courier list takes the money 8 people to be arrested
Do you make feed after Yi Lord? Zhenghong Technology M & A has mystery
Internal personnel have caused players to contradict? Netease "Yin Yang Shi": Impossible!
The first pop -up shop in the United States opened, Bubble Mart opened the North American expansion plan
The goose factory is finally making a move on the metasverse?
With this charging treasure that can legal "stealing electricity", I don’t worry about the mobile phone out of power
Tesla has lost nearly $600 million after the richest Chinese lost 89% of his net worth in the bitcoin crash
Son's bet that ARM's listing will boost SoftBank's stock price?
The most popular news this week
The U.S. Supreme Court abolished abortion rights and caused uproar and big waves of technology leaders to oppose them
Ali Sports changed its name to Orange Lion Sports, and stadium operation became its key business
Alisports responded to the change of name of "Orange Lion Sports" : "The situation is true and the change process is in progress
Physical plug -in! Huawei Nova 10 is expected to be equipped with 5G mobile phone case
Huawei's new phone outlook: Snapdragon Chip image enhancement is huge
Qinling Yang's figurine found fingerprint marks netizens directly called strong: experts revealed the secrets
Intel custom special EDITION DDR5 12 Generation Core memory overcaged by 61.7MHz
U disk artifact upgrade Crack Microsoft Win11 22H2 forced requirements
SMIC: firmly supports the domestic chip industry chain
Small screen flagship and Android 13: In the future, it can still be promoted to Android 16