According to media reports, in fact, the number of users of Microsoft Windows 10 mobile (including Windows Phone) has been greatly reduced. Microsoft has stopped accepting the application service of windows 10 mobile, and the software service created by Microsoft has turned to Android and IOS platforms in an all-round way to tap more market demand.

According to the report, the original plan of Microsoft Windows 10 mobile is to continue the brilliance of PC operating system, so that developers can build software applications through universal windows platform, so as to fully cover mobile phones and PCs and maximize the market scale. But in the future, because Windows 8 can't attract too many users' support, the mobile phone market is suppressed by Google and apple. Although windows 10 mobile occupies the third place in the market, it actually has a small impact.

As a result, windows 10 mobile has to be abandoned when the number of users cannot be increased and Android and IOS continue to suppress it. On the other hand, Microsoft's shift to Android and IOS platforms can give Microsoft Services greater opportunities for development.

After December 10,If users use windows 10 mobile system, Microsoft cannot guarantee its security. However, from the current number of users of windows 10 mobile, the expected impact should not be obvious. 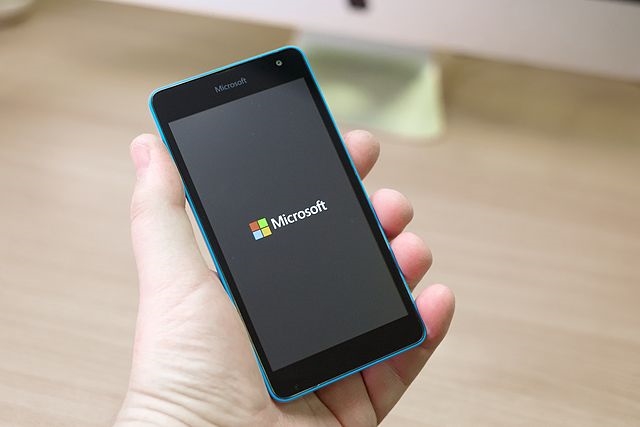 Related news
Microsoft Build Conference: Windows Retreat, Microsoft Rebirth
The end of an era Microsoft Windows 10 mobile completely stops updating
Windows 10 mobile releases the last security update
Windows Phone 8.1 store closed: Windows 10 mobile lives for another month
Behind the surface dual screen mobile phone: Microsoft completely abandons Windows Mobile for Android
Hot news this week
The 27 year old Chinese boy became famous in the first World War! Making the most accurate prediction model of the new crown in the United States
Li Xiang's internal letter: ideal to become the first intelligent electric vehicle in China in five years
158 questions were asked: for the first time, scientists found that dreams can answer math problems correctly
Behind Baidu's market value breaking 100 billion US dollars: from driverless Huangpu Military Academy to car making
Sequoia was attacked by hackers on Friday: personal and financial information may have been stolen by a third party
The United States suffered a large-scale cold wave attack, and China's supercomputing accurately calculated the weather disaster 15 days in advance
Reuters said Huawei plans to launch its own brand of electric vehicles, which Huawei once again denied
Qualcomm continues to join hands with global leading audio brands to create a new era of wireless audio
Can byte beat become the third pole of Chinese games when the official website of the game goes online?
Shen Tengcheng, the first 20 billion box office actor in Chinese film history, has expanded his advantages over Huang Bo and Wu Jing
The most popular news this week
Mozilla denies rumors and confirms that the fire fox image will continue to appear in its logo
How much bitcoin did Tesla invest in? The official claim is $1.5 billion
SpaceX accused Amazon of trying to slow down the deployment of Starlink
Two Spanish ships of cattle drifting at sea for nearly three months: worry about bluetongue virus infection
The exposure of YouTube users' roaring kittens has driven Gamestop's share price soaring
The study found that the Gulf Stream in the Atlantic Ocean is extremely weak
Meizu 18 series: Double flagship with bright spots
Official response: operation is normal
Millet products 149 yuan: 90 points sports backpack 69 yuan new low
Microsoft is replacing the broken surface headphones, but has yet to admit the defect