Each generation of mate series is the peak of Huawei's innovative technology and the sales person who occupies the high-end market. The latest Huawei mate 30 series once again continues to be a hit. At the matepad new product launch on November 25, Yu Chengdong, CEO of Huawei's consumer business, announced that in 60 days after the launch of mate30 series, global shipments exceeded 7 million units, an increase of 75% year on year. 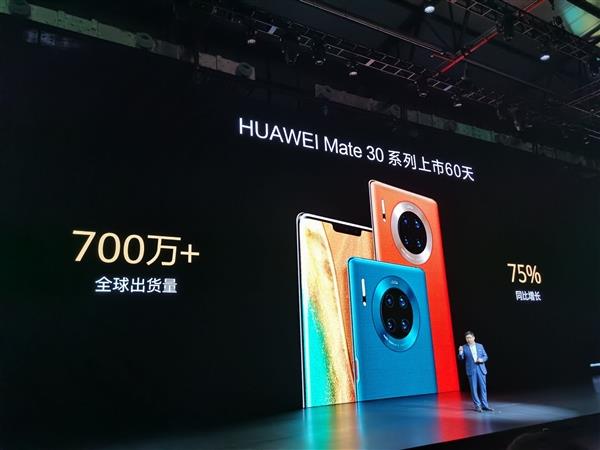 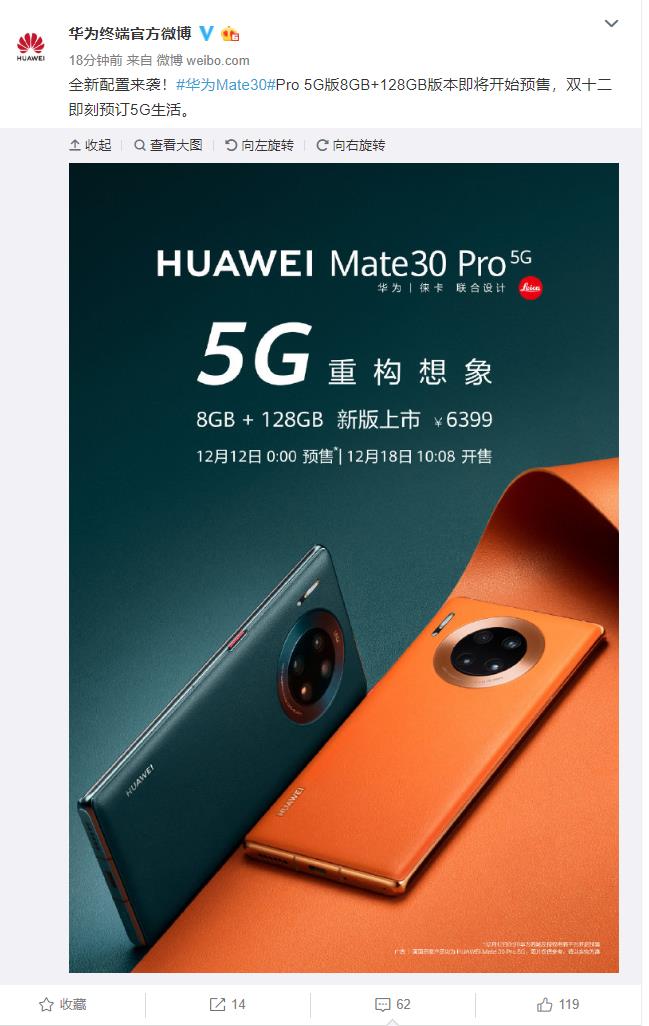 Kirin 9905G is the industry's first flagship 5G SoC chip, with the best 5G, the best AI, performance, the first to use 7nm EUV extreme ultraviolet lithography process, integrated with up to 10.3 billion transistors, is the industry's first transistor number of mobile SoC, but at the same time the board level area is reduced by up to 36% compared with the previous generation. 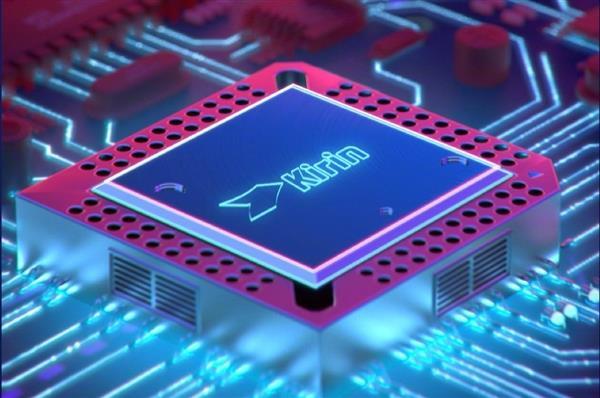 It is understood thatIn view of the high power consumption and heat generation of 5g, Kirin 9905g specially optimizes the energy efficiency, which is 20% lower than the general configuration in the industry。 In addition, the memory storage supports lpddr4x and UFS 3.0. At the same time, the intelligent cache is redesigned for high load game applications. The bandwidth demand between GPU and memory is reduced by 40%, and the memory power consumption is reduced by 20%.

Continuing the tradition of mate family's large batteries, Huawei's mate30 Pro 5g is equipped with 4500mAh capacity batteries, which can last up to 9.2 hours under the official measured 5g network. At the same time, graphene heat dissipation technology is used to make the heat conduction efficiency faster and make the mobile phone fast and durable under 5g network. 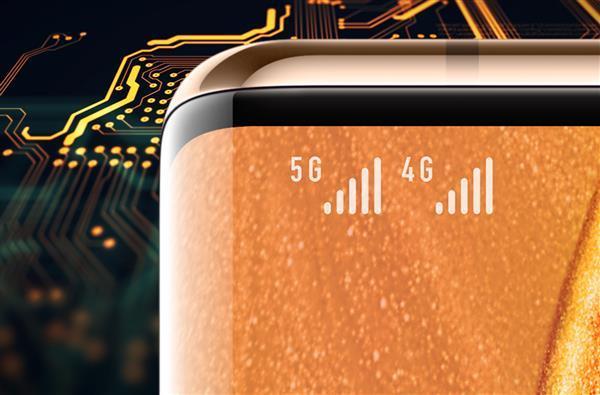 Huawei Mate30 Series 5G also supports SA/NSA 5G dual mode networking and 5G 4G dual card dual standby, without worrying about the transition from NSA to SA in the future.。 Since Huawei's first generation of 5g mobile phone mate20 x (5g), Huawei has taken the lead in supporting 5g dual-mode networking, which is also the accumulation gain of Huawei's technical advantages in 5g. In Huawei's view, Huawei's mate30 series 5g version is half a year ahead of its rivals in the 5g field.

In addition to a better 5g experience, Huawei's mate 30 series 5g version goes further in terms of fluency. According to the 2019 terminal insight report released by China Telecom in September this year, Kirin 9905g chip surpasses Apple's A13 chip in terms of hardware computing power, fixed-point capability and other AI performance. In the game touch delay, full frame screen jitter rate is also far lower than apple A13. As for photography, in terms of quantitative level, Huawei mate30 Pro currently leads the list of DxOMark mobile phone photography with a total score of 121 points. 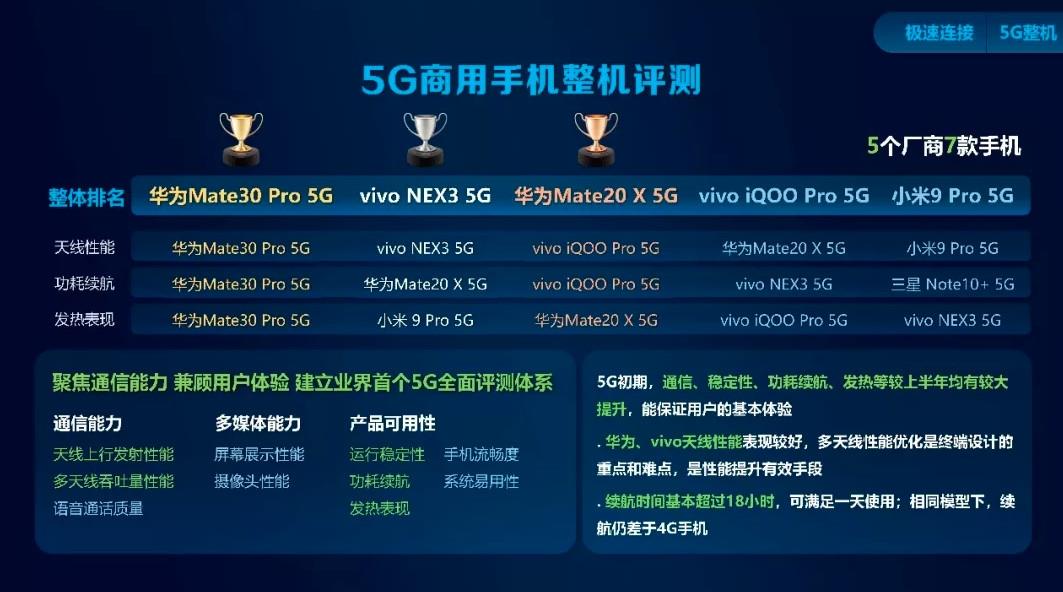 According to the mobile evaluation report, thanks to the support of Kirin 9905g, Huawei mate30 Pro 5g is superior to other 5g mobile phone competitors in antenna performance, power consumption, endurance and heating performance. 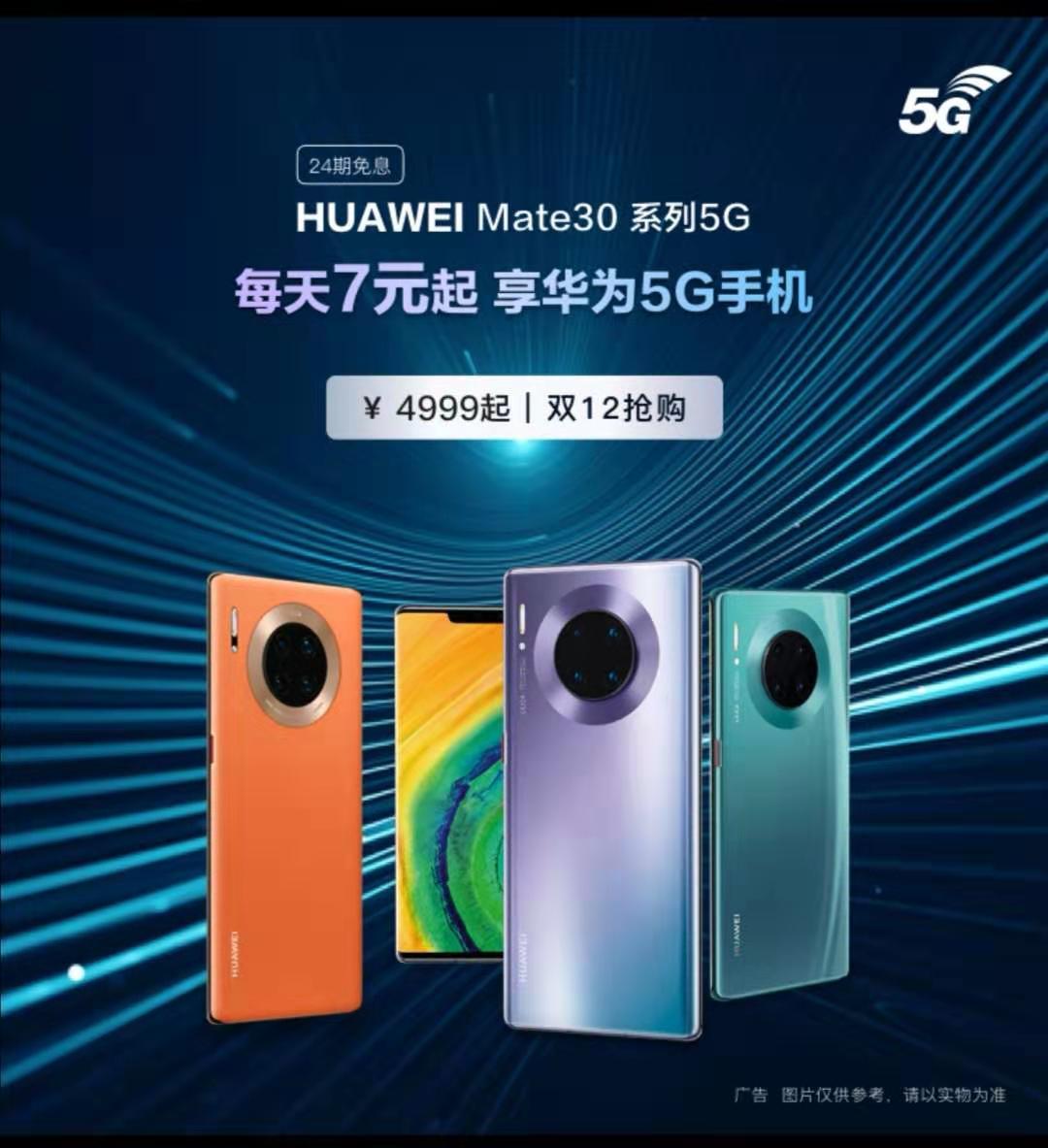 without doubt,Huawei mate30 series 5g is one of the most worth buying 5g flagship at present。 It coincides with the double 12, the official flagship stores of Jingdong Huawei and tmall Huawei will open 24 interest free activities of mate30 series 5g version on the day of double 12, and other e-commerce platforms can also enjoy 12 interest free activities. At the price of 4999 yuan, you can enjoy Huawei's 5g flagship mobile phone from 7 yuan every day. There are friends who plan to buy 5g mobile phones in the near future. You can have a look on the day of double 12.