The face recognition system of many people in the world has been "cheated". AI company of the United States says that 3D masks can be used to solve the problem 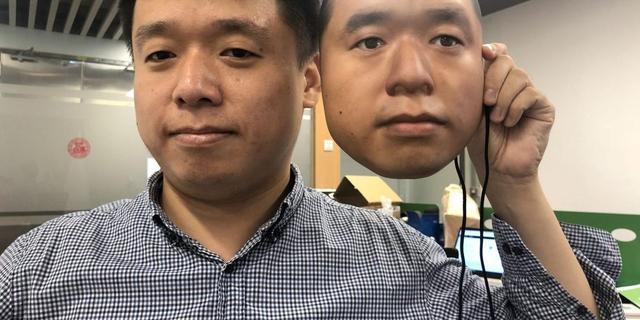 The wheel of the era is rolling forward, science and technology are advancing constantly, and eyesight is everywhere. However, with the continuous development of technology, some of the drawbacks brought by technology have gradually emerged.

According to US Fortune magazine, Kneron, an artificial Intelligent Company in Santiago, successfully deception many face recognition payment systems including Alipay and WeChat, and completed the shopping payment process with a special 3D mask. The team also claimed that they had even entered Chinese railway stations in the same way.

Said Liu Juncheng, chief executive of kneron,This shows that face recognition technology does not meet the security standards, which will bring a threat to user privacy.

Founded in 2015, kneron is a terminal AI solution manufacturer that designs and develops software and hardware integration. Previously, they also announced the completion of the US $18 million A1 round financing led by Li Ka Shing's Weigang investment.

The core technology of kneron is to develop a high efficiency and low power consumption neural processing unit (NPU), which transfers artificial intelligence from the cloud to the terminal equipment, carries out real-time identification and judgment analysis, and develops the possibility of applying artificial intelligence to different levels.

Based on the size and product of the startup, it may be reasonable to guess this time

Before that, there were also some related incidents about face painting payment being cracked.

In October this year, the science team of class 402 of Xiuzhou foreign language school in shangwai, Jiaxing, revealed that in an extra-curricular scientific experiment, they found that as long as a printed picture can replace a real person to brush his face, cheat the Fengchao intelligent cabinet in the community and take out the goods of his parents.

After that, Fengnao emergency off line.

As for the feedback received recently, it is verified that the application is a beta version of trial operation and is undergoing small-scale test. We have received some user-friendly feedback and have been offline for the first time. After improvement, we can pay attention to the announcement of Fengchao. Thank you for your support and encouragement.

It is reported that the current face recognition technology can be divided into two categories: based on 2D face image and 3D face image. When the Fengnest express cabinet camera collects the face, it only forms a 2D plane image, which is equivalent to a photo.

2D face recognition only takes plane image through 2D camera, so even if the algorithm and software are advanced, under limited information, the security level is not high enough, and it is easy to be cracked with photos.

So, some people ask questions. Is WeChat and Alipay's face payment more common in life?

Wechat said: wechat brush face payment uses the 3D live detection technology with the highest security level, and uses 3D, infrared, RGB and other multimodal information, which can effectively resist the attacks of video, paper, mask and so on. 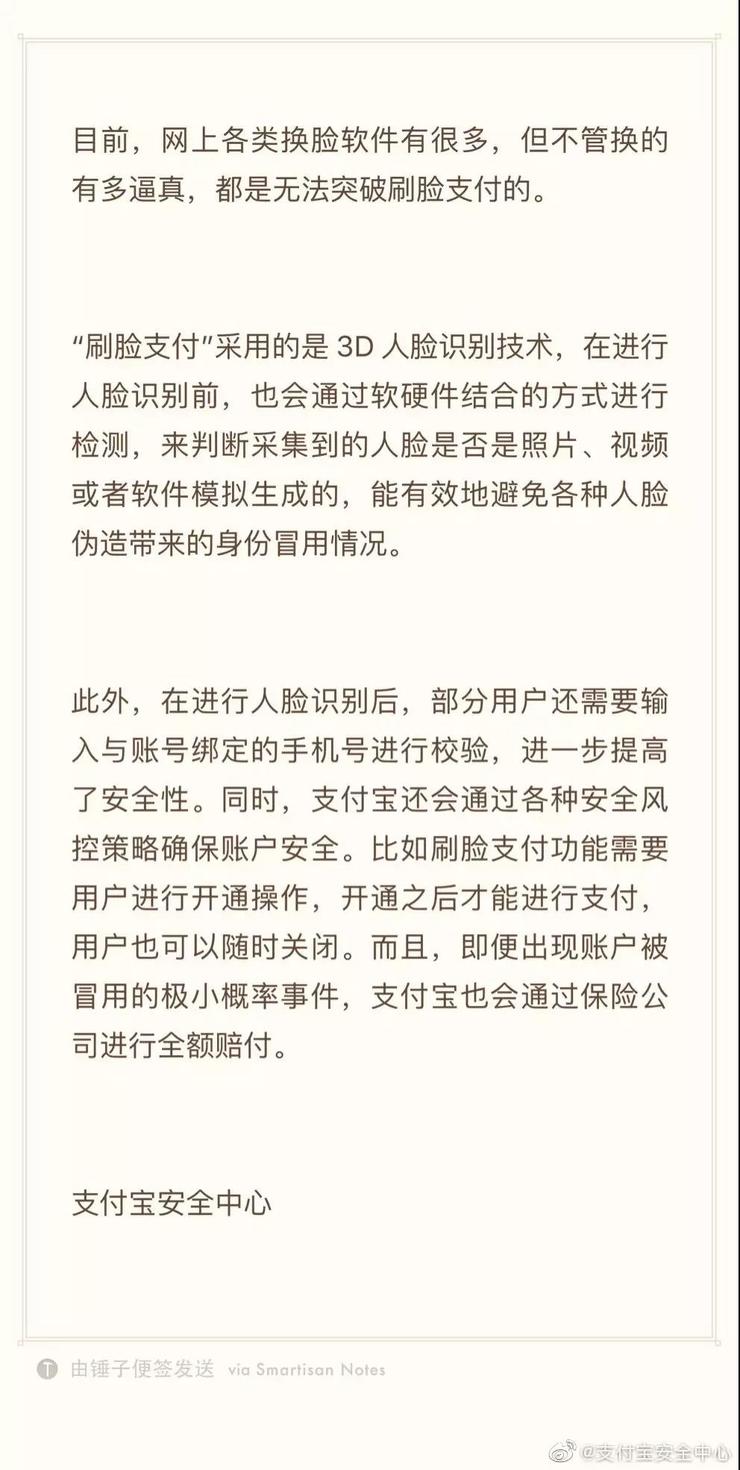 On the one hand, there is no doubt about the safety of the technology; on the other hand, kneron claims to have fooled the system with a special 3D mask.

At present, the matter is being further fermented, and WeChat and Alipay have not yet responded to the matter.

In fact, making such a 3D mask is extremely difficult, expensive and complicated.

At the device end, when the user opens face painting payment, if he wants to use other mobile phones for face recognition payment and transfer, he must use the payment password to reopen face painting payment. In addition, when using other mobile phones to log in, you need to conduct login identity authentication, that is, you need login password.

In other words, if you want to use 3D mask to steal brush, you must meet several strict conditions at the same time:

Obviously, in the actual operation, this method of stealing brush is not operable.

However, kneron also admitted that the fraud of using 3D masks is unlikely to be widely used, because the masks used by kneron are produced by professional Japanese mask manufacturers, with high degree of simulation and high price. But kneron also points out that the technology can be used to deceive celebrities or wealthy people.

People are always afraid of the unknown, but they can not escape their temptation, because people are greedy.

Because of greed, human beings are always exploring and developing. But everything is dialectical, and rapid development will bring unexpected changes.

Just like face recognition, this technology has brought unlimited convenience and excellent experience to people. A hundred years ago, no one would have thought of today's scientific and technological development.

For AI technology, including face recognition, we should give it some opportunities to try and correct.

After all, Rome wasn't built in a day.

Related news
Baidu lifeline AI
Musk came to China to dig a tunnel? Plan to launch the Boring Company China project
Deceive WeChat and Alipay, the US AI company claims to use 3D mask to crack face recognition and verification mechanism.
The face recognition system of many people in the world has been "cheated". AI company of the United States says that 3D masks can be used to solve the problem
Hot news this week
||||||||
Samsung Galaxy note 20 exposure: S20 ultra with s pen?
TSMC's 5nm process performance is improved by 15% and the performance of AMD Ruilong 5000 processor takes off
The Institute of Psychology of the Chinese Academy of Sciences and Tencent set up a psychological assistance platform to help psychological reconstruction
When Wuhan Optical Valley returns to work: Internet enterprises can apply for resumption of work and production, which shall be approved
Celebrating Hubble's 30-year launch of NASA's "birthday universe" special page
The top scientist returned to China after the U.S. investigation to develop a new rapid detection method for coronavirus
AXON 11 ZTE 5G release: from $168 g/7.9mm 2698
wechat "dark mode" hot eyes? These six new features are the real fragrance!
HuaweiP40 release: with HMS hard-core google, no price increase to grab the global high-end machine market
The most popular news this week
Microsoft is playing a bit big! Several new features of win10
Cdpr community manager praised "ancient swordsman 3" and replied that he liked their game very much
Zhejiang Jiaxing issued 200 million yuan of consumption bonds, of which 150 million yuan was deducted through wechat payment
Sinopec no longer imports more crude oil from Saudi Arabia? Official denial
453 million in two and a half days! Hangzhou Alipay consumer coupons boost consumption strongly
Zoom not only shows the original meaning of technological innovation in Huawei P40 series
The 10th anniversary of NVIDIA Fermi architecture
Huawei Ai Wei: the history of qualitative change caused by quantitative change will reappear in the computing industry
Infected new crown pneumonia to take medicine for life? WHO think China's new crown outbreak of the second outbreak?
They all say they are image flagship. Why is Huawei's P40 series really the only one?