How can I get to the future of Chinese space flight? The lunar research station, where people are on fire, has been planned.

What will China's space industry do in the next 25 years? On December 12, Yuan Jie, general manager of China Aerospace Science and Technology Group Co., Ltd. and Deputy Secretary of the Party group, went to the platform of Beijing University of Aeronautics and Astronautics to teach "open class" to 500 students of Beijing University of Aeronautics and Astronautics, describing the future development roadmap of China's aerospace industry, including several major engineering projects, such as the moon research station, the development of the capability of manned fire landing, etc. 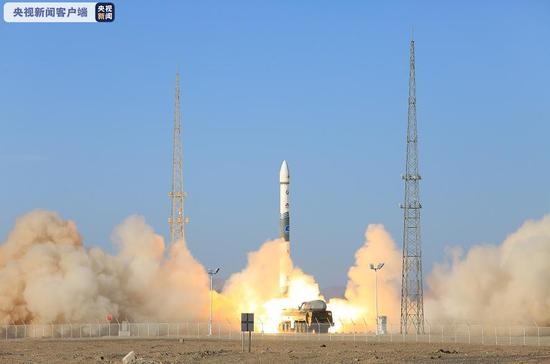 Yuan Jie's "Open Course" entitled "Outlook on the Construction and Development of China's Space Power" introduces the road map for the construction of China's space power and the major engineering projects planned by the Space Science and Technology Group for the next 25 years.

By 2030, the aerospace science and Technology Group will implement major engineering projects such as long March 9 heavy launch vehicle, on orbit service and maintenance system of space vehicle, integrated information network of heaven and earth, next generation space infrastructure, Mars and asteroid sampling return, sound seeking plan, space exploration plan of near neighbor habitable planet of solar system, and promote China to be one of the world's leading aerospace powers 。

Around 2045, major engineering projects will be carried out, such as the lunar scientific research station, the solar system marginal exploration, the combined power re-use vehicle, the global monitoring and control project of space safety and environment, and the development of manned fire landing capacity, so as to promote China to become a world aerospace power in an all-round way.

China Aerospace is about to launch "super 2020"

Yuan Jie revealed in his lecture that China Aerospace is about to open "super 2020". He described in detail the major engineering projects planned to be implemented by Aerospace Science and Technology Group in 2020:

One is to build a manned space station with long-term care. The space station is expected to be completed around 2022, which can support the long-term presence of three astronauts. It will operate for 10 years, open up cooperation to the international community, and provide a global shared space application platform.

Third, Beidou navigation satellite global system has been built into a mixed constellation composed of 30 satellites. Its service scope extends to the whole world. It is compatible and interoperable with GPS, GLONASS and Galileo systems, and truly achieves "Beidou in China, Beidou in the world".

The fourth is to complete the launch and on orbit application of high-resolution Earth Observation System satellites.

The fifth is to build the low orbit mobile Internet constellation "Hongyan constellation". The constellation consists of hundreds of satellites operating at an altitude of more than 1000 kilometers, and is expected to be deployed in orbit in 2023.

After more than 60 years of development, what achievements has China made in aerospace, and what level and position is China in the world? Yuan Jie analyzed the development of China's space technology from seven aspects, including launch vehicle, space infrastructure, manned space flight and deep space exploration.

In terms of missile weapon equipment, China has dozens of land, ground to air, sea defense and air-to-air missiles, forming a complete set of missile equipment series. In terms of launch vehicles, China has successfully developed 17 types of long march series launch vehicles, realizing the development of series and type spectrum. The long march series of launch vehicles have been launched 320 times, with a success rate of over 96%. In terms of space infrastructure, China has built a satellite system with communication, navigation and remote sensing as the main body. By the end of November, there were nearly 300 satellites in orbit (including 227 Aerospace Science and technology groups), ranking the second in the world. In terms of manned spaceflight, Shenzhou series manned spacecraft, Tianzhou series cargo spacecraft and Tiangong series space laboratory have been developed and formed, and 11 astronauts have been sent into space for 14 times. In the aspect of deep space exploration, "Chang'e" series lunar probes have been developed and formed. Five exploration missions have been successfully carried out, and the first soft landing and patrol exploration on the back of the moon in human history has been completed. In the field of space science, a space science research system consisting of space science satellites, return satellites, lunar probes, Shenzhou spacecraft and Tiangong laboratory has been basically established, and a series of space science experiments have been carried out. In terms of satellite applications, aerospace has penetrated into various fields of national security, economic society and people's life, and plays an irreplaceable role in resource development, environmental protection, disaster prevention and mitigation and other fields.

"Over the past 60 years, under the strong leadership of the Party Central Committee, the State Council and the Central Military Commission, and through successive efforts of several generations of astronauts, China's aerospace industry has made remarkable achievements and formed a certain scale and benefit. From the technical level of achievements and products, China has now entered the ranks of a major Aerospace country. " Yuan Jie said that according to several research results, China currently ranks fourth in the world, "the aerospace industry still needs us to keep our original mind and continue to strive."

Related news
How do you fight Facebook?
Hot news this week
Is it the second Foxconn, LANs technology, Mengniu and even "old Ganma"?
Tencent received "dog ", Li Yanhong after all is wrong to pay?
Mobile payment war of seizing ant financial services and Tencent in Southeast Asia
Sogou has to be sold. Is Tencent's high price worth it?
New battlefield of Ali, pinduoduo and Jingdong: Fruit Farm
Tesla Model x? Foreign media articles are "overturned" by Weilai
Does Tencent's acquisition of Sogou challenge Baidu's position in the search industry?
China Unicom launches plus membership: minimum 99 yuan / year, 12 VIP free choice
The investment bank predicts that Apple's third quarter earnings report is full of flexibility, and the future focus is still on the 5g version of the iPhone 12
Rog game phone 3 engineering machine snapdragon 865 plus has a main frequency of 3.4GHz
The most popular news this week
Real electronic dog! Free implantation of microchips for Wang Xingren in Shenzhen
One of the seven mathematical problems in the millennium has been solved by the Chinese? Professor of National Defense University issued a paper to prove that NP = P
Will mobile games replace PC and PC games in 5g era? Qualcomm takes the first step
Tencent, Ali joint production! Eight hundred official issued a statement: no notice issued
Or because of advertising violations! Tesla fined 50000 yuan by Beijing Municipal Bureau of supervision
Bezos Musk's face is just! Amazon plans to spend $10 billion on space Internet
AMD will surpass apple in the second quarter of next year
American youth: saving tiktok
Parkour Runner-up Yubi "Super Hunting City" game experience full
Z times competition for Asus b550 snow blowing motherboard