Google has been taking a lot of earth photos for street view and Google Earth projects. But a report by CNET shows that Google has revealed for the first time the worldwide scope of its shooting: 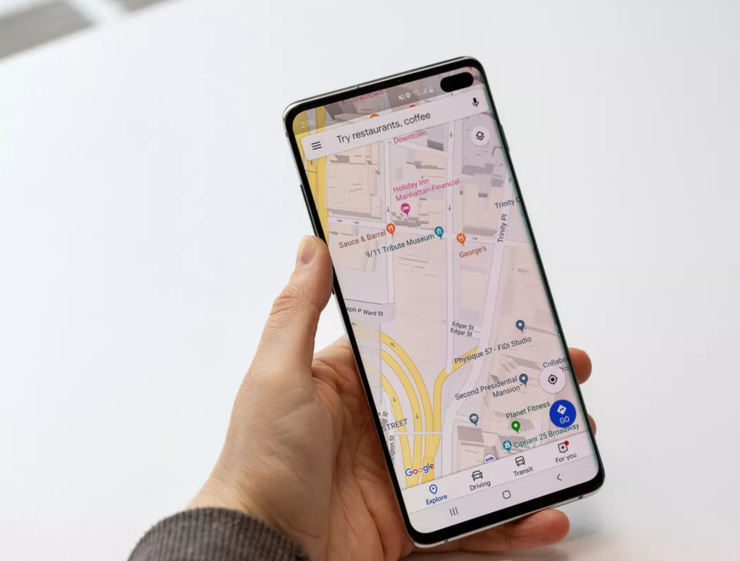 This series of figures is the first time that Google has released them, so that the outside world can better understand the scope of Google maps, and Google is also ahead of competitors such as apple. Apple just started to add similar street view photography to the apple maps released by IOS 13 this year. 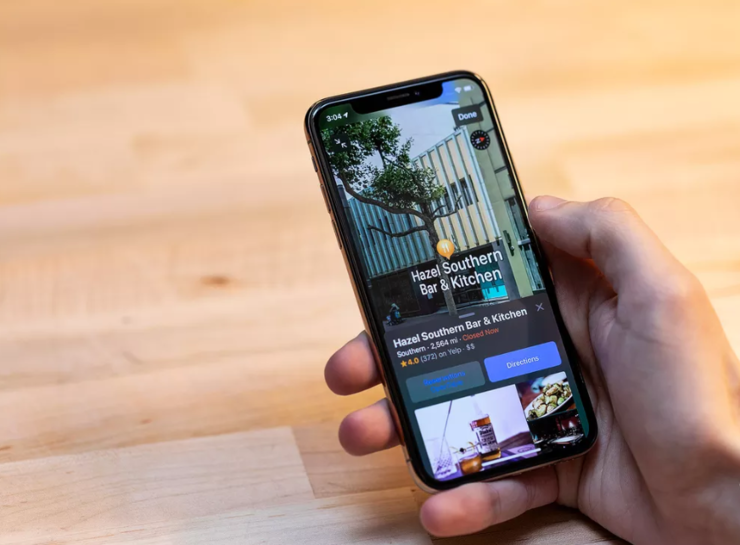 But Apple has a long way to go to catch up with Google.

Currently, Google maps has more than one billion users per month, making it one of the company's most popular products. For search giants, it's also an effective way to put local ads. Even if street view or Google Earth's satellite image is not a function that users use every day, it is still a huge part of Google Maps service. 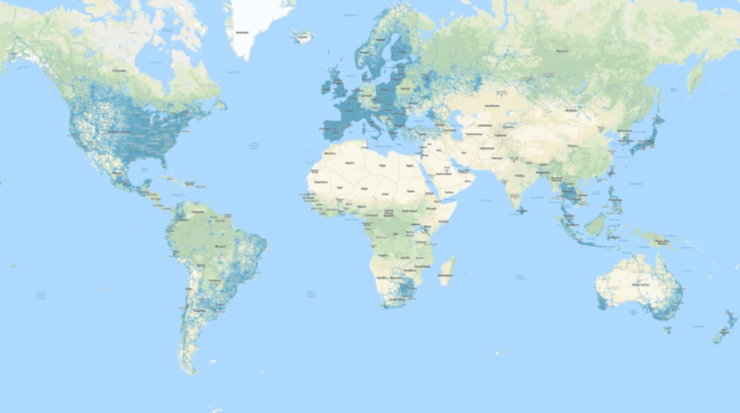 Google co-founder Larry Page (Larry Page) resigned as CEO of Alphabet, Google's parent company, earlier this month and conceived a street view in 2004. His goal is to make a 360-degree map of the world that transcends streets and highways, including alleys, landmarks and mountains.

The original street view covers only five cities. To get the images, Google used cars, drones, hikers or backpacks called "hikers" strapped to camels and sheep to take some interesting images from around the world.

For example, this is a picture of a skier on a very green hillside of Mont Blanc, bordering France and Italy.

"Images are at the heart of everything we do."

"We think it's the foundation of the whole map making process."

Of course, for those who think Google has a lot of data about our environment and online activities, it won't be comfortable to know how well Google is shooting the real world.

Google, like its Silicon Valley peers, is under pressure in its data collection practices. Most of the company's annual revenue of nearly $140 billion comes from targeted advertising, which is supported by user data. Among them are ads on Google maps, although the company does not list (in fact, has refused to disclose) these revenue figures.

For quite a long time in the past, Google's map function has always been criticized.

Ethan Russell stressed that Google's map image comes from public places that people can see standing on the street or above their heads. He said Google gets all satellite photos from third-party providers. 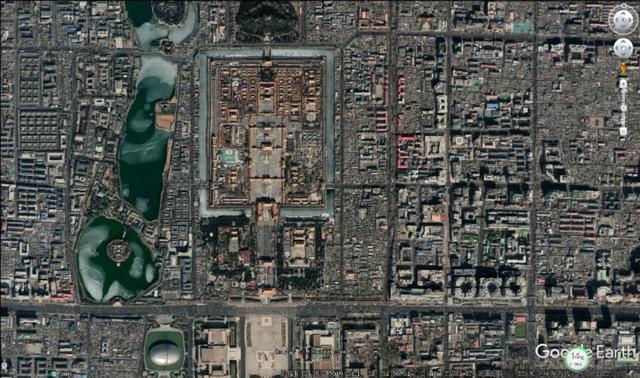 But some facts cannot be ignored, such as Google's ambitious satellite plan.

In 2014, Google acquired sky box, a high-resolution satellite imaging company, which Google said will help keep the map app up to date. Sky box also touts the ability to provide analysis and intelligence through aerial photography. For example, you can predict economic trends by checking the height of containers in an oil facility from above. But three years later, Google sold the company and left the satellite business. 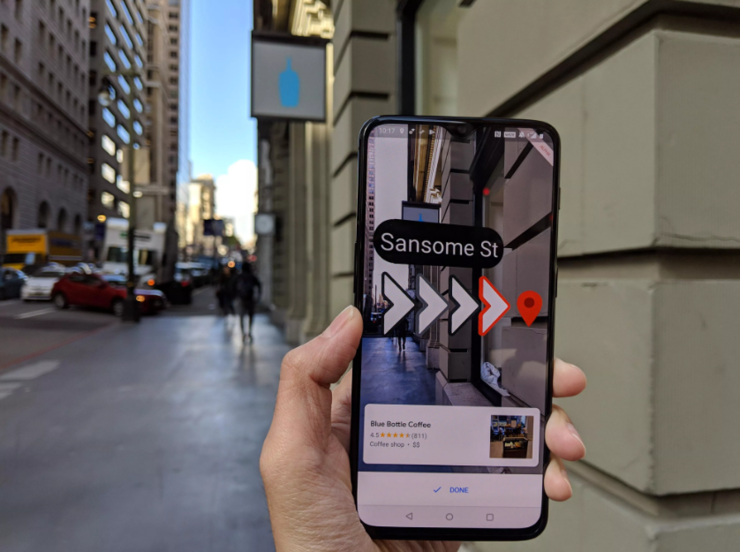 Live view is designed to solve the "blue dot problem", that is, the familiar feeling from the subway station, looking down at the blue dot on the map application, and then rotating it into a circle to find the direction. Live view uses your phone's camera to display arrows that tell you where to go.

To make this work, Google has developed a new technology because the GPS in the phone is not accurate enough. To give people real-time guidance, the app will match "tens of billions" of street view images with data on your phone to show where you are walking.

Three years ago, media CNET sent a team to Angola to study the role of technology in clearing mines left behind by decades of civil war in the country. Halo, a non-profit mine clearance organization from the UK, relies on Google Earth to obtain aerial images of mined areas, thus achieving "mine clearance".

Related news
Google Earth satellite image now covers 98% of the world's population
Google Earth mobile app will now show some stars in the background
Hot news this week
Is it the second Foxconn, LANs technology, Mengniu and even "old Ganma"?
Tencent received "dog ", Li Yanhong after all is wrong to pay?
Mobile payment war of seizing ant financial services and Tencent in Southeast Asia
Sogou has to be sold. Is Tencent's high price worth it?
New battlefield of Ali, pinduoduo and Jingdong: Fruit Farm
Tesla Model x? Foreign media articles are "overturned" by Weilai
Does Tencent's acquisition of Sogou challenge Baidu's position in the search industry?
China Unicom launches plus membership: minimum 99 yuan / year, 12 VIP free choice
The investment bank predicts that Apple's third quarter earnings report is full of flexibility, and the future focus is still on the 5g version of the iPhone 12
Rog game phone 3 engineering machine snapdragon 865 plus has a main frequency of 3.4GHz
The most popular news this week
Real electronic dog! Free implantation of microchips for Wang Xingren in Shenzhen
One of the seven mathematical problems in the millennium has been solved by the Chinese? Professor of National Defense University issued a paper to prove that NP = P
Will mobile games replace PC and PC games in 5g era? Qualcomm takes the first step
Tencent, Ali joint production! Eight hundred official issued a statement: no notice issued
Or because of advertising violations! Tesla fined 50000 yuan by Beijing Municipal Bureau of supervision
Bezos Musk's face is just! Amazon plans to spend $10 billion on space Internet
AMD will surpass apple in the second quarter of next year
American youth: saving tiktok
Parkour Runner-up Yubi "Super Hunting City" game experience full
Z times competition for Asus b550 snow blowing motherboard