On December 16, a number of British consumers were embarrassed by Amazon's purchase of the Switch gaming machine, according to media reports.

However, users who buy switch receive not game consoles, but strange things.Some are 4 batteries and a big box of washing powder, some are electric toothbrush and electric razor, some are books, dog feed and washing liquid. 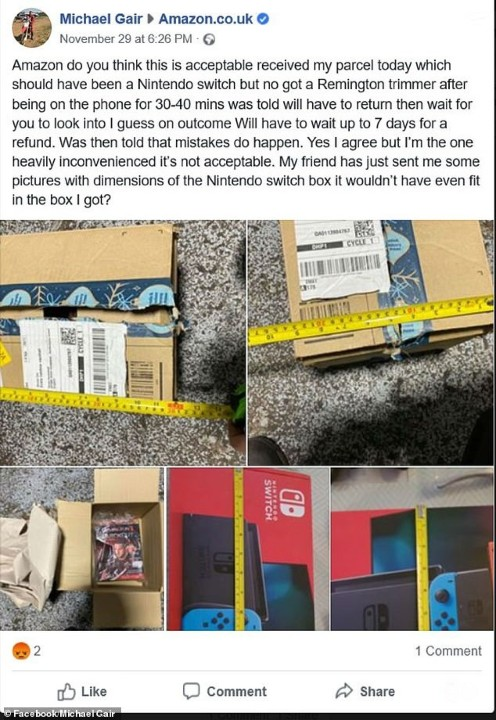 What's more,Someone received 20 Durex condoms, and the user posted the order on twitter. 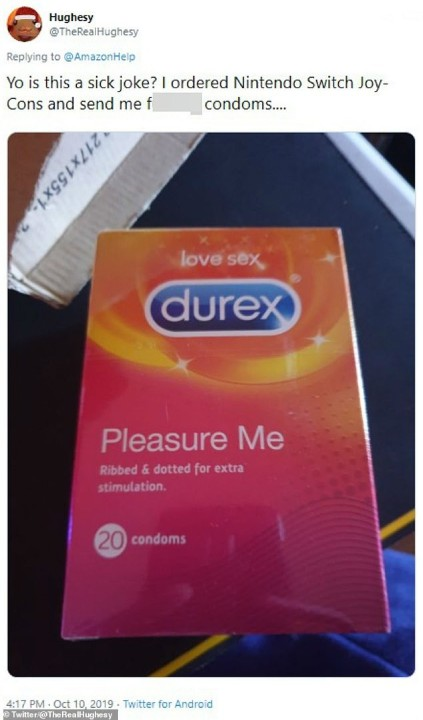 British media through the collection of user complaints found that these consumers are almost related to the purchase of switch game consoles.

Some users said that they had planned to buy a switch as a Christmas gift for their children, but now the plan is in vain, and the refund will not be received until one month later.

For this Wulong incident,Amazon UK said that it only arranged for refund, not re delivery, and consumers could only buy switch at the original price.

Amazon UK told the media that it would investigate the incident and contact every affected consumer. As for why this kind of error occurs, Amazon UK has not yet explained. 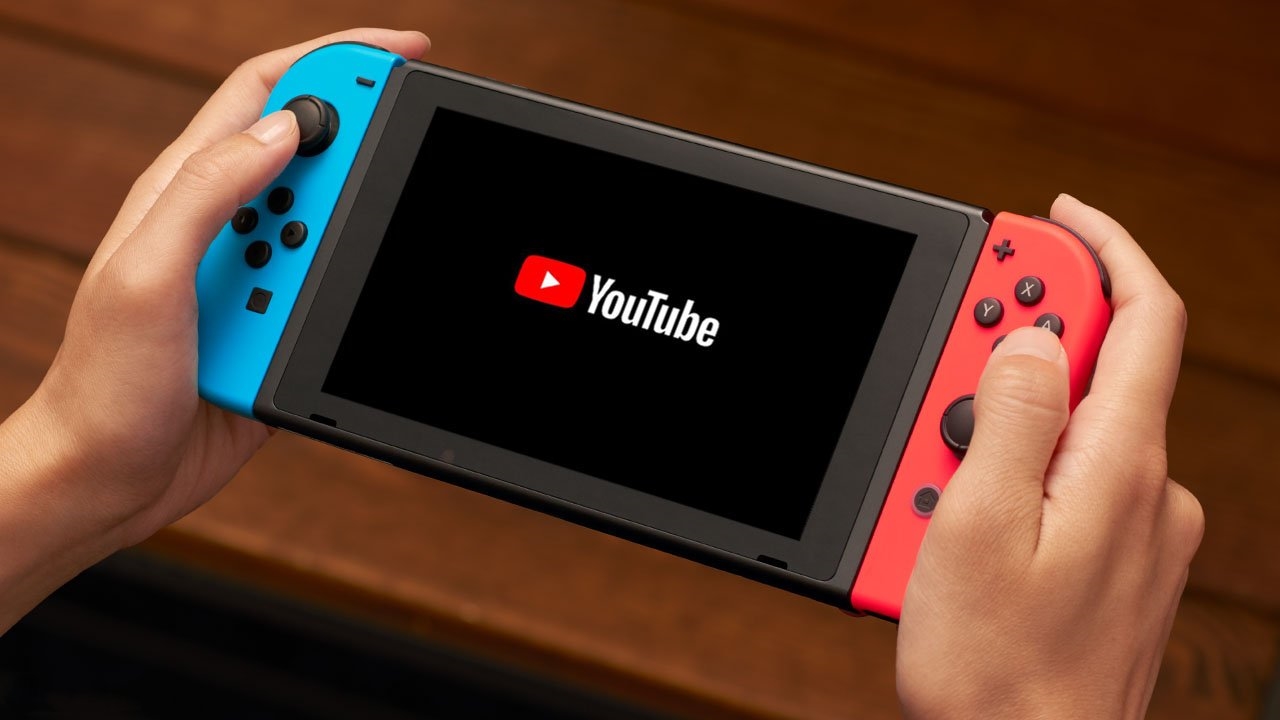