On November 5, 2019, Adobe unveiled a new AI mobile app, Photoshop Camera, in a keynote speech at its MAX 2019 conference, which will be officially launched next year.

Can the moon be photographed in broad daylight? 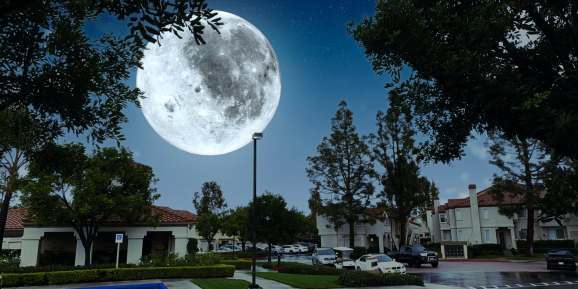 Of course, this is the credit of Photoshop camera.

Jeremy Horwitz mentioned that Photoshop camera has more than 20 initial lenses for users to choose from, including various filters that need to be manually added by users, with various playing methods.

For example, in the beta version of Photoshop Camera, the Dreamcatcher lens can apply the dreamy animation background and static foreground to everything in front of the lens, while adjusting the color of the real image to match other elements; the lens called Pop Art contains multiple comic book filters that can immediately put cartoons. 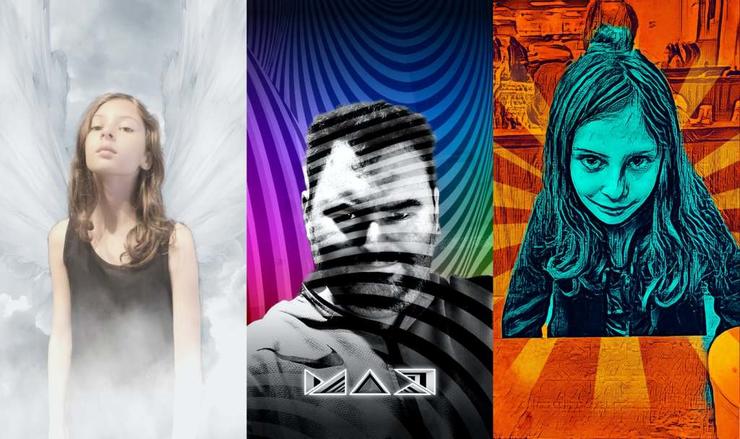 In addition, Jeremy Horwitz said that the app is driven by AI, which can accurately screen his daughter's body from the bench she is sitting on and the table in front of her, and only use blue-green filters for the characters (as shown in the image on the far right above). What's more, AI changed the edges of her hair, clothes and other objects in an instant.

It turns out that even 3D depth sensing cameras can't handle these edges well.

The magic of Photoshop camera

Lei Feng net (public address: Lei Feng net) learned that Photoshop Camera is suitable for Android and iOS devices, mainly for users of mobile devices that use Instagram and Snapchat to shoot and edit pictures, which can be downloaded for free. The app uses Adobe Sensei, Adobe's AI engine, to recognize the scene in front of the camera in real time. Through the automatic PS function, it can switch various creative backgrounds for photos with one click.

At the Adobe MAX 2019 conference, Adobe stated that the AI recognition function of, Photoshop Camera does not require real-time network connectivity. The user just needs to download

It is worth mentioning that the biggest highlight of Photoshop Camera is.

In addition, some other lenses of Photoshop camera application are more subtle:

It is reported that some of the tests performed by Jeremy Horwitz have shown that the above-mentioned Wood's lens does not have a clear win over the iPhone 11 Pro, but for those that are not

All in all, Photoshop camera's use of AI provides a new way of development for future smart phone cameras to a large extent, and also reduces the gap between high-end and low-end cameras. Although the app is still in the testing stage, Lei Feng predicts that it will be widely used through the Apple App store and Android App Store in the near future.

Related news
Following Photoshop, Adobe Illustrator will launch on the iPad next year
Adobe's first update of Photoshop for iPad adds theme selection tool driven by AI
Adobe adds matting to Photoshop for iPad
Adobe added matting function: the iPad version of Photoshop is more versatile
Here comes Adobe's official mobile camera artifact! AI blessing, comparable to Photoshop
IPad version of Adobe Photoshop and fresco app finally ushered in the bundling offer
Adobe increasing use of AI machine learning to add new features to Photoshop
Hot news this week
Wechat has not done this function for N years! Use this app to make up for the defects of wechat
Gree's response to "being disqualified from winning the bid": a mistake made by the bidder in sorting out the materials
IPhone 12: it's more like throwing away the charger
Microsoft official free data recovery tool windows file recovery experience
Apple wants to know: what do you do with the charging head of the old iPhone?
Tencent magic change Yang surpasses video self mockery: I'm a simple and honest fake spicy sauce lost 16 million
Luo Yonghao comments on ideal one: Tesla Model 3 is not a car of a level at all
A 400-brand evacuation Facebook： the internet giant strangled?
How long can "Laoganma" carry on after winning Tencent?
The dotcom bubble? U.S. technology stocks surpassed their 2000 highs relative to the S & P 500
The most popular news this week
Android mobile phone price performance list in June
30 seconds a PS4! Unveil the little known Sony robot factory
Dong Mingzhu, the first elder sister in the battle
What does Tencent do with game derived content authorization and commercialization innovation?
Remote sensing data show that lakes in China have become clear as a whole
Glory Magic 3 coming? The blogger released photos suggesting that Huawei Kirin chip is still used
Microsoft transforms Android: customized for surface Duo
199 yuan millet router 4 pro on shelves Jingdong: dual Gigabit / 5 antenna
The first batch of "digital shopping centers" was launched on the line of Huarun, which moved the shopping center into Alipay.
Someone discovered the unpublished game of Nintendo NES 30 years ago and restored it from 21 floppy disks