Lin bin assembles millet 9 Pro by hand: the craft has to be used by himself after being "repudiated"

This morning, Xiaomi's first self-developed production line was officially started, and now it has been put into production of Xiaomi 9 Pro 5g version.

According to Lin bin, Xiaomi's self research and production line has been in preparation for more than one year and is positioned as intelligent manufacturing. At present, it is responsible for the R & D and production tasks of Xiaomi's flagship mobile phones.

Some of the processes are still semi-automated because they are in trial production, Lin stressed.

According to the previous introduction of Lei Jun, the design capacity of the first phase of Xiaomi Yizhuang factory is 1 million mobile phones. This factory will use large-scale automatic production line, 5g network, robot, big data and other technologies, and the production efficiency will be very high. It is expected that 60 smart phones will be produced automatically every minute, which is more than 60% higher than the traditional factory. 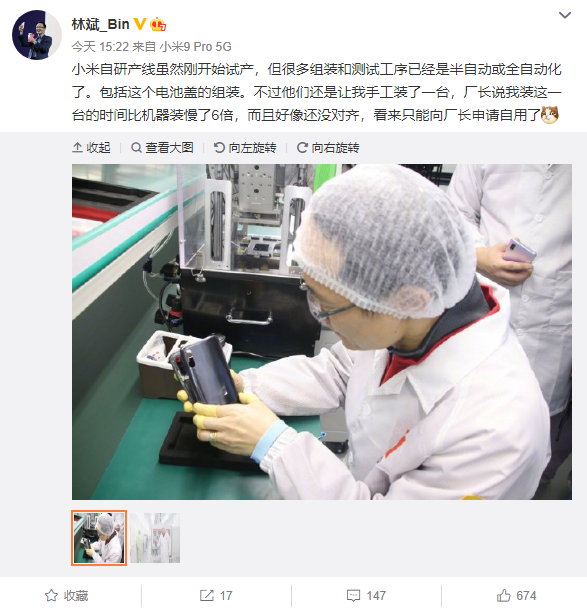