Apple has reached a new licensing agreement with imaging: self research GPU or frustration

Under the new agreement, Apple can use Imagination's broader intellectual property (IP) and pay licensing fees.

In April 2017, Apple announced that it would give up using all technologies of imaging within two years, including patents, intellectual property, confidential information, etc. 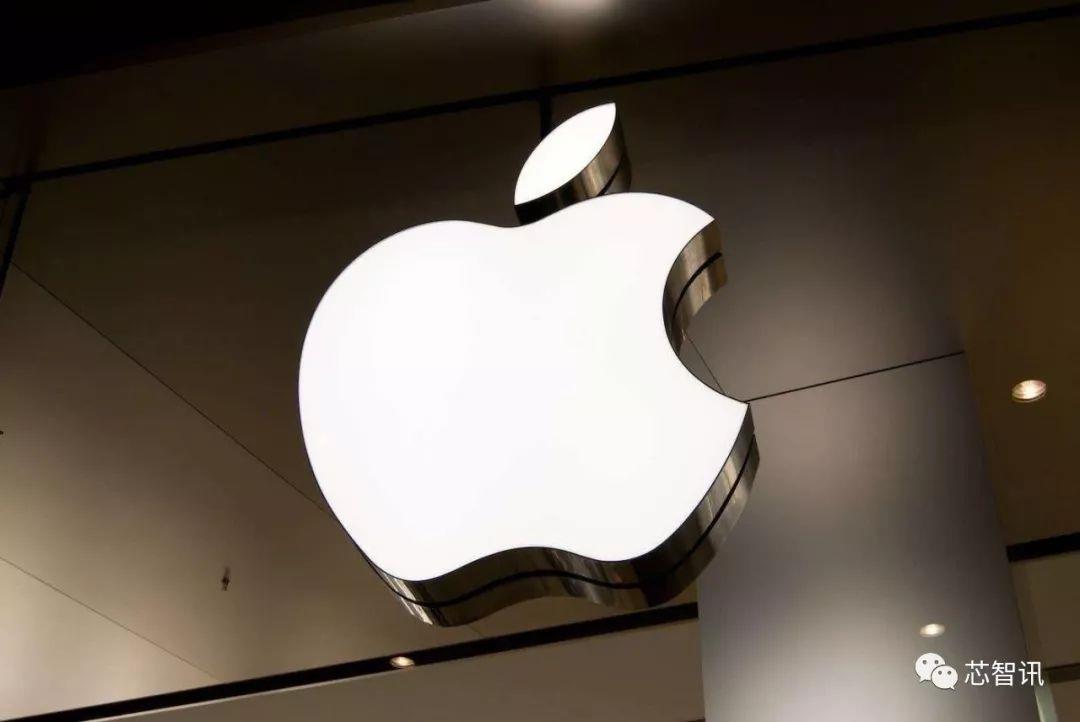 In fact, as early as 2013, apple began to develop its own GPU.At that time, apple gathered many GPU senior talents to form a team to design GPU independently, among which Raja koduri, former chief technology officer of graphic design of AMD, was also involved.

However, at that time, Apple was not successful in the development of its own GPU, as can be seen from Raja koduri's subsequent return to AMD. As a result, apple renewed its license agreement with imaging for many years in 2014, covering all the powervr graphics and video technology patents of imaging at that time and in the next few years.

However, Apple has not given up the research and development of its own GPU.

In the first half of 2016, Apple further expanded its GPU R & D division to recruit GPU R & D talent everywhere, while continuing to poach from partner Imagination.

Perhaps because Apple is its biggest customer, Imagination seems to be having a bit of a dig at Apple

Although the a11 launched by apple in September 2017 was claimed by the media that its integrated GPU was developed by Apple itself, in fact, it still seems to be customized based on the IP of image, because its kernel design is very similar to the previous image rogue.

It is worth mentioning that Apple has also integrated its own NPU kernel on the a11 processor for the first time. 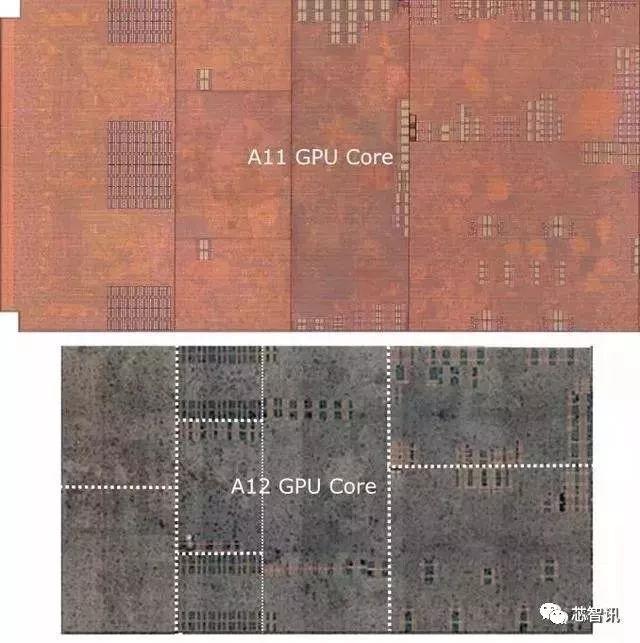 The A12 GPU launched by apple in 2018 still supports pvrtc (powervr texture compression), which is a proprietary format, meaning that its GPU is still likely to be associated with the IP of imaging.

Combined with Apple's announcement in 2017,

From this point of view, Apple seems to have made a breakthrough in self-developed GPU.

But...From today's new licensing agreement between image and apple, Apple's A13 GPU is still useful to image's IP, and there may be some technical patents that are difficult to avoid in the short term.

It is worth mentioning that in 2017, after Apple announced that it would give up using all technologies of image within two years, image officials responded at that time:

In addition, it was announced by Apple in 2017

After being successfully acquired by Chinese capital, imaging began to focus on the Chinese market and actively cooperate with Chinese application processors (such as torch core) and mobile phone chip manufacturers (such as MediaTek, zhanrui, etc.). In recent years, with the popularity of AI chip market, imaging is also constantly strengthening its GPU IP's ability in AI. At the same time, it has successively launched the neural network accelerator powervr series2nx / 3nx NNA.

On December 3, 2019, image held a conference in Shanghai, announcing the launch of its 10th generation powervr graphics processing architecture img a series, including img axe, img AXM and img AXT.

Imaging said that its img a series has provided significant improvement in every dimension. In the same clock and semiconductor technology, compared with the powervr equipment currently being shipped, its performance has been improved by 2.5 times, the machine learning processing speed has been improved by 8 times, the maximum computing power can reach 8 tops, and the power consumption has been reduced by 60%. 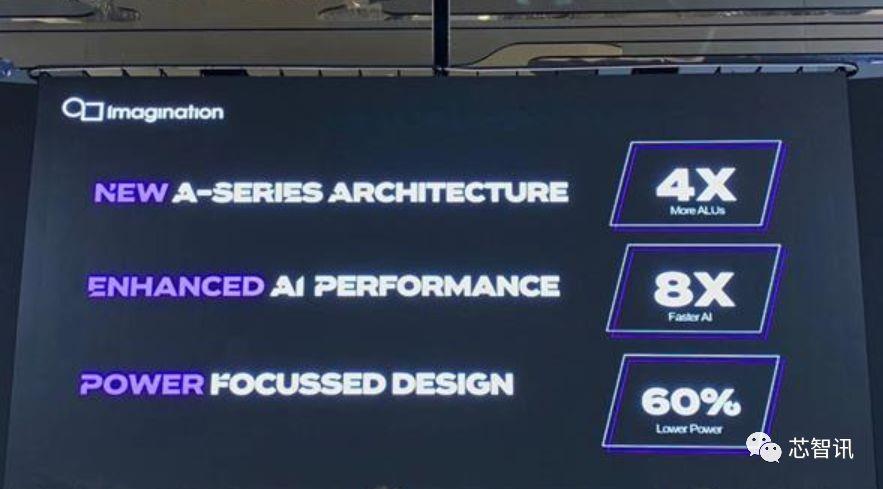 On the same day, Ziguang zhanrui announced that it had obtained the license of the latest generation of neural network accelerator (NNA) powervr series3nx Semiconductor Intellectual Property (IP) for the future system level chip (SOC) for the middle and high-end mobile device market.

Related news
Apple Watch skyrocketed last quarter accounted for one-third of global shipments
The nightmare of Arm Mali GPU: Samsung and Huawei have turned to self-research!
Apple or the "packaging service" of Apple TV and Apple Music
Apple has reached a new licensing agreement with imaging: self research GPU or frustration
Apple News launches less than a year Apple's head of news operations leaves office
Detailed evaluation of Apple silicon M1 MacBook Air
Hot news this week
Apple is recruiting neurorendering research scientists to create immersive experiences for AR/VR products
Tesla China will take the initiative to significantly reduce production if it still fails to sell by 40,000 yuan
The Internet reported that the Shanghai factory would voluntarily cut production by 20%, Tesla responded
Hangzhou Internet Court: NFT digital collection belongs to the network virtual property, protected by law
Amazon has withdrawn a new offer from its retail division, cutting off new employees who were due to start early next year
You know what? Looking at your phone while driving is the equivalent of driving blind for about 50 meters, which is extremely dangerous
The United States has approved the first fecal transplant to treat disease by transplanting someone else's feces
Dalitsu, a lens supplier for Apple's iPhone 14, reported revenue of NT $5.231 billion in November, up 20 percent from a year earlier
Transsion Holdings: Established a global strategic partnership with Google to carry out in-depth cooperation in areas such as Android system
Do the most lightweight and smooth system! - MIUI 14 will come soon: The flagship will also be upgraded two years ago
The most popular news this week
Activision Blizzard CEO says Microsoft acquisition will go ahead, FTC allegations are factually incorrect
Experts: do not take ibuprofen if you eat Lianhua Qingdian, separate Chinese and Western medicines
Up to 56 cores! The new generation of Intel processors is coming.
Upgrade second regret! Serious problems after AirPods Pro 2 update
Apple got Sony's flagship sensor! iP15 is now more expected
Ibuprofen does not have to compete for the world's largest production capacity in China: one company is enough for 3.3 billion people.
QQ level first in the world! I responded to make netizens envious: the family opened the Internet cafe
Cook's "no" to Musk: cost Apple 4.4 trillion
AI paintings fetch a record price of 1.1 million! Baidu's AI painting was tested and the result was amazing
Burst! Tesla China discontinues Model Y production