China's endemic species, Acipenser sinensis, has been declared extinct. The Yangtze River has been closed for ten years this year

While human life is getting better and better, it's a pity that many wild animals have disappeared for a variety of reasons, two days after experts in the aquatic industry announced a sad news

Recently, in the international academic journal Science of the total environment, a paper from the Yangtze River Fisheries Research Institute of the Chinese Academy of Fishery Sciences announced that the Chinese unique species, the Yangtze River white sturgeon, had been functionally extinct in 2005-2010, and no trace of wild white sturgeon activity has been found in the past 13 years. 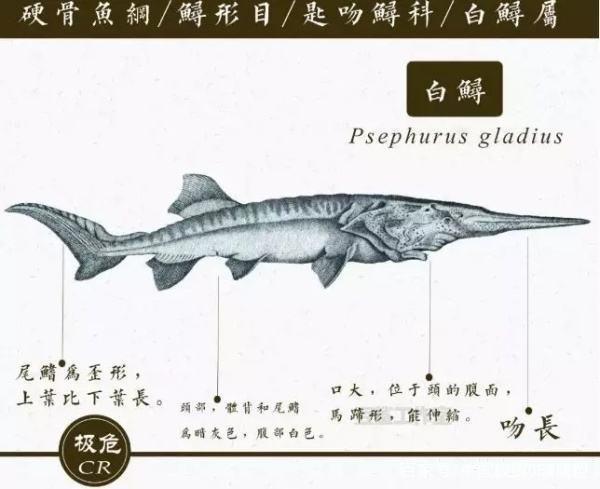 The Yangtze River white sturgeon (Psephurus gladius), also known as elephant fish, is a national first-class protected animal, belonging to the family polyodontidae, which first appeared in the Cretaceous period. Today, there are only two genera and two species in stock, which are respectively distributed in the Yangtze River Basin of China and the Mississippi River Basin of the United States. The Yangtze River white sturgeon is a unique species in China, with a length of up to two or three meters. It is known as the king of freshwater fish in China, and is only the second in the Yangtze River Large ancient fish of the Chinese sturgeon.

As for the ecology of the Yangtze River, the government has also determined to make rectification. On December 27, the Ministry of agriculture and rural areas announced a ten-year ban on fishing in the Yangtze River, and implemented the ten-year ban on fishing in the Yangtze River from 0:00 on January 1, 2020. According to the circular, the natural waters in the main stream and important tributaries of the Yangtze River, except for the aquatic biological nature reserve and the aquatic germplasm resources reserve, shall be banned for a tentative period of 10 years from 0:00 on January 1, 2021 at the latest, during which the productive fishing of natural fishery resources shall be prohibited.