According to the Washington Post,For months, Facebook has cancelled personal injury ads, which contain misleading information about drugs designed to prevent the spread of HIV, as a result of strong protests from LGBTQ groups such as GLAAD.Encouraging people at risk of HIV infection to take these drugs is a key strategy in efforts to reduce the spread of the virus - so the misinformation surrounding the drug is particularly worrying. But for years, doctors and public health experts worried about the risk of personal injury lawyers offering similar ads, but there was no public outcry. 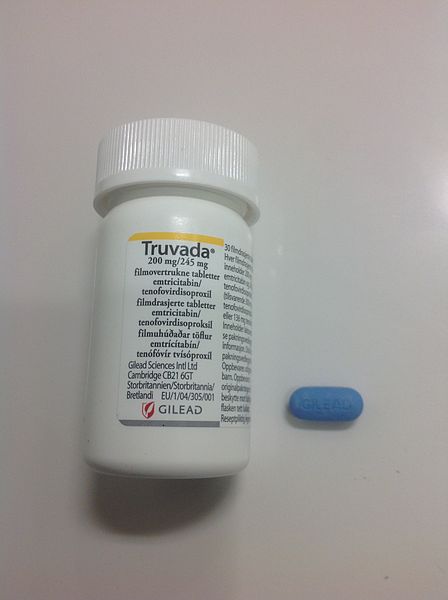 In this case, the Facebook advertisement was produced by a personal injury lawyer who sued the pharmaceutical company that made the drug PrEP (" pre-exposure prophylaxis "). The advertisement claimed that the drug was harmful. Advocates warn that these ads keep patients away from preventive drugs, which the centers for disease prevention believe are very effective.

Studies have shown that these types of personal injury advertisements make people more likely to believe that a drug or medical device is at risk and may make people less likely to decide to prescribe a particular drug. In 2017, the judicial committee of the house of Representatives held a hearing on advertising practices; in 2016, the American Medical Association called for advertisements to publish warnings that patients should talk to doctors about their concerns.

But the patient had not been mobilized to address the problem. "It's very rare," said Lars Noah, a law professor at the University of Florida. Never before has the patient activist community become alarmed. This may be because, until then, advertising has generally not targeted drugs that are important to public health, such as PrEP. "The drugs advertised for this point are usually on the market, but have no high therapeutic value," he said.

Tippett said the response to the ads also clearly focused on the patient's injury. "In the past, trying to do something about these ads was seen as trying to help pharmaceutical companies," she said. This is the first truly obvious example of consumer advocacy as a response. " She said the launch of these ads on Facebook raises other concerns that TV ads don't have: they can target specific groups of people, which could increase their effectiveness. Just like on TV, it's not clear in many cases that advertising is sponsored by lawyers. "Generally, the information contained in this information is not enough to help people activate the natural defense mechanism of this kind of information," she said

Jesse king, an associate professor of marketing at Weber State University, said Facebook and other social media platforms were the next wave of drug harm ads. "I think lawyers have been trying for some time to figure out how to put these ads online," he said. I hear that their use is increasing. "

However, social media may also make it easier for communities to mobilize their response to these specific ads, Tippett said. "No matter who the sponsor is, you can trace it, and Facebook has an ad database. For TV, none of this is available. In some ways, there is more potential for accountability because of the written record. "

Noah said the strong protests and subsequent responses to the prep ads did not necessarily indicate a shift in the way platforms, consumers and lawyers deal with drug harm ads. This may be an anomaly: Lawyers' ads target a highly effective drug and elicit a response from a particularly vocal community. He is not optimistic that it will lead to a wide range of changes. "But it would be great if this led to lawyers looking more closely at the whole category of drug advertising," he said

Related news
HIV CURE FOUND
U.S. company claims to develop a cure for HIV: has applied to FDA for clinical trials
Several LGBTQ organizations wrote to Zuckerberg: FB and instagram have advertisements damaging public health (Figure)
Facebook banned misleading posts and ads about the U.S. Census
Facebook removes misleading ads about HIV "pre exposure prevention" drugs
Facebook announced the closure of mask advertising to crack down on market speculation and bid up prices
The hidden trouble of "advertising platform" Facebook
Hot news this week
Meet the opportunity of the times: the omni channel era of mobile communication in the eyes of practitioners
Three major operators will delist from the United States: the United States seriously undermines normal market rules and order
Can new crown vaccination affect sperm? The scientists concluded that there was no substantial effect
It is said that India has not approved the import of WiFi modules from China, and many companies have delayed the launch of new products
Qualcomm Mengpu: Qualcomm has always been the role of technology empowerer, enabling various industries with 5g and AI
It's an "irreversible" three pole battle of automatic driving, with Dajiang's entry, Huawei's attack and Baidu's insistence
The brand strategy of Jingdong life service of consumer Expo has been continuously completed, and the three kilometer life service circle category has been further expanded
Do you have to pay taxes for the high popularity rate? Chinese electric vehicle companies vie to enter Norwegian Market
"Milk pouring video" arouses public anger, iqiyi apologizes publicly: close all power channels of "youth has you 3"
2021 survey report on employment of rural women in China: more and more rural women are employed at home, and 60% of the respondents say they will wear light make-up when they go out
The most popular news this week
Jingdong Logistics has 260000 employees, with an average monthly expenditure of nearly 9000 yuan
Refuse to light up card: AMD Navi 24 small core also has 1024 stream processors
The host of the game peed in the hot water bottle of the hotel and threatened to give the next guest a drink
Indian doctors warn that cow dung treatment is ineffective: it could also complicate the epidemic
New release of hardware dog: graphics card runs more accurately
Small and medium sized businesses accelerate digital upgrading, Ali's annual Gmv growth exceeds trillion
Qiya coin hard disk mining hot: Weigang SSD sales soared 5 times
IPhone users change Xiaomi 11 ultra in five years
Why is the number of fan blades odd? How good are the leaves or how few are the leaves?
April new energy vehicle sales announced! Tesla's self performance is bright