There are still months to go before the launch of the new iPhone in September 2020, but there have been several rumors about the upcoming iPhone. If Apple follows the 2019 iPhone product naming scheme, we expect the iPhone in 2020 to be named iPhone 12 and iPhone 12 pro. 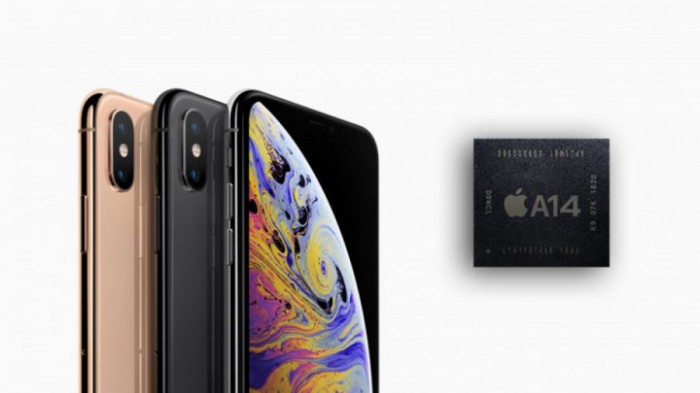 2020IPhoneThere will be major updates to introduce some of the design level changes we've seen for the first time since the iPhone x launch in 2017. We expect the new iPhone to have three types of screen sizes, 5.4 inches, 6.7 inches and 6.1 inches.

From a design point of view, there are rumors that at least one new iPhone will adopt a metal frame similar to the iPhone 4 for major design innovation. The iPhone 4 has a unique, flat stainless steel frame that can be replicated in the new iPhone. There may also be a new truedepth camera system that reduces the size of the front grooves. There are also rumors that there is a 3D three lens rear camera system, which can use lasers to calculate the depth information of objects in the room, thus improving the ability of photography and augmented reality technology.

2020 will be Apple's first year of introducing 5g support into the iPhone, which will allow new devices to connect to 5g networks much faster than 4G LTE networks.

Since the iPhone 8 was released with the iPhone X in 2017, Apple's iPhone naming plan has been confusing because it skipped the iPhone 9 directly. In 2018, apple continued to use the confusing naming scheme, choosing the iPhone XS, XS Max and XR. But in 2019, with the launch of iPhone 11, iPhone 11 pro and 11 Pro max, the picture becomes clearer.

Apple's previous product was a digital growth, and then went through an "s" year. But because we predict that the iPhone will undergo great changes in 2020, we think it is unlikely to be named iPhone 11S, or similar, and we are more likely to see an iPhone 12.

If the low-end successor to iPhone 11 is named iPhone 12 (our prediction is this), then we can expect the two high-end devices to be launched in 2020 will be iPhone 12 pro and iPhone 12 Pro max.

Of course, until the new devices are released, we can't be sure that these devices will be called iPhone 12, 12 pro and 12 Pro max, but this guess is the most accurate at present.

In 2020, the new iPhone will adopt a completely new design, with a metal frame similar to that of the iPhone 4.

The metal slotting and injection molding in the frame are said to reduce the negative impact of metal shielding on the high-frequency transmission efficiency of the internal antenna. Guo believes Apple will use sapphire or toughened glass to protect the grooves in the frame. According to another rumor, there may be a slightly wider antenna, although this has not yet been supported by reliable sources.

There are rumors that Apple will launch four iPhones in three different sizes, but it is said that these sizes will change in 2020.

Although apple is expected to continue to offer two high-end (i.e. more expensive) iPhones and one low-end (cheaper) iPhone in 2020, all devices may be equipped with OLED displays this year, and Apple will no longer provide LCD displays for the iPhone series.

The new iPhone, which is expected to be launched in 2020, will use Samsung's y-octa technology, which allows touch-screen circuits to be mapped directly on OLED panels without a single layer, enabling thinner displays and lower production costs, although it is unclear whether this can be translated into a thinner fuselage design.

The iPhone of the future is likely to use Apple watch's low-power ltpo display technology. Low temperature polycrystalline oxide (LTPO) is a kind of oxide TFT structure. Its power consumption is 15% lower than that of LTPS currently used by apple. It is not entirely clear whether Apple will adopt the technology on iPhone 12 or future iPhones.

Rumors from the famous Samsung leaker "ice universe" on twitter suggest that the iPhone launched in 2020 may adopt a switchable 60Hz / 120Hz refresh rate. Apple already uses adaptive refresh rate technology in its iPad pro, so it's not hard to imagine that this technology will be extended to the iPhone in the future.

However, the iPad Pro uses an LCD display instead of an OLED display on the iPhone flagship.

It is rumored that TSMC will produce the five nanometer chip Apple will use in the iPhone Series in 2020. The 5nm process will produce smaller, faster, more power efficient chips due to improved thermal management technology.

TSMC will start producing A14 processors for 2020 iPhones in the second quarter of this year.

The iPhone, which will be released in 2020, is likely to have a small increase in battery capacity as apple suppliers are developing a customized battery protection module that is 50% smaller and thinner than the previous iPhone. This may bring more valuable space to the iPhone.

Apple has made major adjustments to the rear camera system in the iPhone product line in 2019, adding three lens settings for iPhone 11 pro and pro max, and more camera improvements are likely in 2020.

There are rumors that Apple will add a laser time of flight 3D rear camera to the iPhone 12 pro, which will significantly improve the augmented reality experience.

The time of flight (TOF) camera system uses the laser to calculate the time it takes for the laser to bounce back from an object in the room, using this data to create an accurate 3D image of the surrounding area. In this way, depth can be perceived more accurately, virtual objects can be placed better, and photos can capture depth better.

The camera is said to be able to scan 15 feet from the device. Apple's true depth front camera uses similar 3D technology, but because it's infrared, not laser driven, it can only work at a distance of 25 to 50 centimeters.

Sony may be the supplier of Apple's new system. There are rumors that Apple has been negotiating with Sony about sensor testing. Apple's production partners are also preparing VCSEL (vertical cavity surface emitting laser) components for use in camera settings.

So far, it has been rumored that the two high-end iPhones to be launched in 2020 will use new time-of-flight rear cameras, so they may not be able to be used in low-end iPhones at lower prices.

It is said that in 2020, the high-end 6.1-inch and 6.7-inch iPhones will obtain sensor displacement image stabilization technology, which may improve the image stability of the ultra wide angle lens on these devices.

In 2020, at least one new iPhone will use a smaller front camera lens to improve the ratio of the screen to the frame, ultimately making the front-end groove smaller, according to Guo Mingfu, an apple analyst.

An analyst at Credit Suisse said that in 2020, Apple will launch at least one new iPhone without a front notch or face ID function, replacing it with an off screen fingerprint sensor, although the technology may take several years.

AMS, Apple's supplier, has announced a new camera sensor technology that allows RBG light and infrared proximity sensors for front-end true depth camera systems to be embedded under OLED displays. Apple may plan to introduce new sensor technology to its iPhone in 2020, which will enable it to build an iPhone with a smaller face ID slot.

Taiwan's Economic Daily said at least one iPhone to be launched in 2020 will use Qualcomm's ultrasonic fingerprint sensor, although this claim has not been confirmed by other rumors.

We've heard rumors about ultrasonic fingerprint sensors before, but most of them suggest that Apple will release the technology in 2021. Apple can take advantage of Qualcomm's launch of a 30x20 mm off screen fingerprint sensor for smartphones by the end of 2019.

According to Guo, apple is developing an iPhone with both face ID and off screen fingerprint sensor, which will be launched in 2021 rather than 2020. His prediction is based on Apple's patents related to fingerprint display technology and the fact that Android smartphones will continue to use this feature.

Future iPhones will include face IDs and off screen fingerprint sensors, according to a Bloomberg report in 2019. The technology could be launched as soon as 2020, but it may not be ready until 2021.

All iPhones are expected to use 5g technology, Guo said. All four iPhones will use Qualcomm's x55 5g modem chip.

X55 chip provides 7GB / s peak download speed and 3gb / s upload speed. Although these figures are the theoretical maximum, the actual speed will depend on the operator's network. The chip is Qualcomm's first 5g chip that supports all major frequency bands, operating modes and network deployments.

5g technology is still in its infancy, but by the time Apple releases its new iPhone, major U.S. carriers will have laid the foundation for network connectivity in most regions.

Apple and Qualcomm are working together to integrate Qualcomm's 5g technology into the iPhone as soon as possible. As the dispute between the two companies was resolved in April 2019, both companies are lagging behind in the market competition. Apple usually determines the final version of the modem hardware 18 months before the launch of the new iPhone.

Due to time constraints, Apple may plan to use Qualcomm's modem, but will not use Qualcomm's RF front-end components, which may affect the maximum wireless network speed, but we need to see how the implementation effect of apple can be determined.

Apple is expected to release the new iPhone 12 and 12 Pro models (tentative names) in September 2020.

What will happen in the future?

The ultimate goal of Apple's designers is said to be to remove most of the external interfaces and buttons on the iPhone and create a simple, streamlined device. If the wireless charging technology is improved, Apple may cancel the wired charging at the same time. There are rumors that Apple will release an iPhone without lightning interface in 2021.