On January 3, 2020, TRAS officially announced that the Tesla Model 3 model made in China will arrive soon and will be delivered on January 7; but the most remarkable is the price - the domestic model 3 model will be sold from 299050 after enjoying the national new energy subsidy and purchase tax exemption. 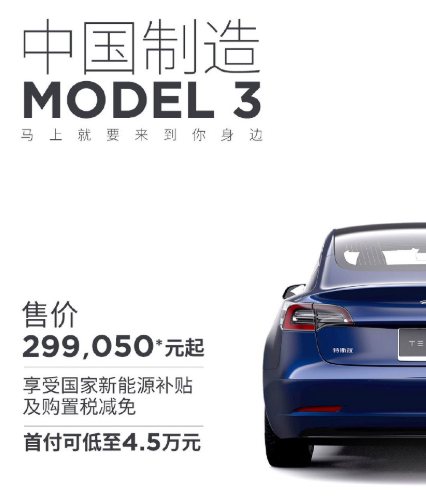 This is the first teras model with a starting price of less than 300000 yuan.

In addition to the starting price of less than 300000 yuan, Tesla also provides users with a down payment option of 45000 yuan. It should be noted that the standard black car paint of Tesla Model 3 from the price of 299050 yuan is free, but the color matching prices of Pearl White, cold light silver, deep sea blue and Chinese Red need to add 8000 yuan; the price of 19 inch sports hub is reduced to 6000 yuan.

In addition, under the starting price of less than 300000 yuan, model 3 users need to pay an additional 8000 yuan to be able to enjoy the home charging pile and installation service of teras; while model s / X owners can still continue the existing home charging policy. 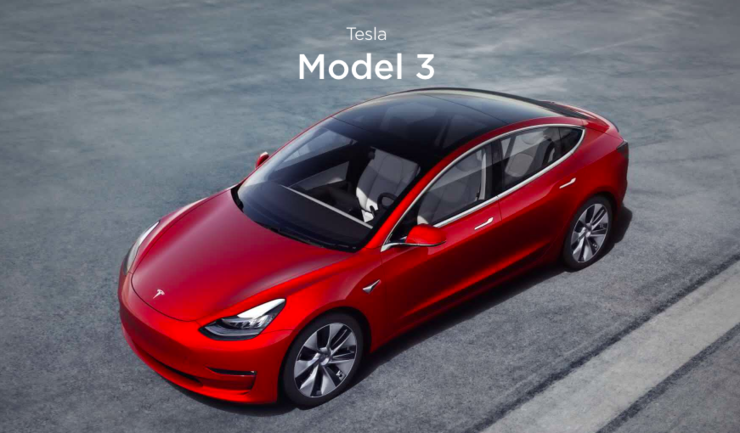 TRAS model 3 starts at 323800 yuan before being subsidized. According to the catalogue of new energy vehicle promotion and application recommended models issued by the Ministry of industry and information technology on December 6, 2019, Tesla Model 3 is listed; under the current new energy subsidy standard, the amount of private purchase subsidy is 24750 yuan, and the amount of non private purchase or user operated new energy vehicle subsidy is 17325 yuan.

In addition, in August 2019, Tesla's model s, model X and model 3 are all 11 models that are shortlisted in the catalogue of new energy vehicle models exempt from vehicle purchase tax (the 26th batch). Users can enjoy the purchase tax exemption policy from August 30, 2019 to December 31, 2020, with a maximum of 99000 yuan.

How does TRAS achieve domestic production?

This time, the Tesla Model 3 model can be sold at a price lower than 300000 yuan. Thanks to the successful realization of the localization of Tesla, its advantages in policy enjoyment and production efficiency improvement are the important reasons for the decline of domestic Tesla price. 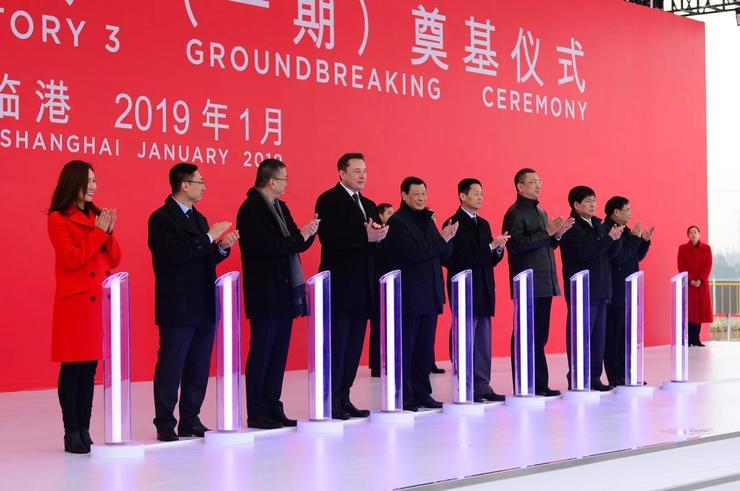 Let's take a look at the timeline of Tesla's localization:

At the beginning of 2020, it was reported that Tesla has signed cooperation agreements with China Construction Bank, Agricultural Bank of China, industrial and Commercial Bank of China and other Chinese banks, which will provide Tesla with a total of 10 billion yuan of five-year loans, which will be used to repay previous debts and other matters in the Chinese market. The interest rate is only one-year benchmark interest rate 90%, or 3.915%, is equivalent to enjoying "the lowest interest rate that can only be obtained by the best state-owned enterprises".

It is also understood that in addition to model 3, Tesla's entry-level pure electric SUV model y is ready for mass production, and will also be mass produced in Shanghai Super factory.