Tesla Song Steel: Domestic Model 3 will achieve localization of all parts by the end of the year

Original title: musk is here: domestic Tesla is officially delivered to the outside world, and Shanghai factory will build more models

Tesla founder and CEO Elon Musk, who arrived in Shanghai on a private jet on January 6 in Los Angeles, also appeared at the delivery site on January 7. 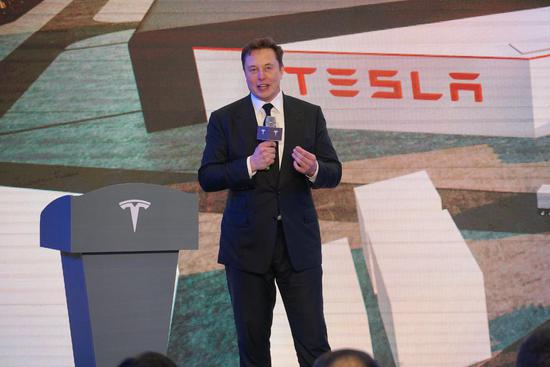 "2019 is a very significant year for Tesla," Musk said in his speech

Musk said that as the largest foreign-invested project and the first wholly foreign-owned automobile factory, Tesla's Shanghai factory is highly expected. Without the support of Shanghai municipal government, such a miracle cannot be created. It is a good business environment that enables Tesla Shanghai to build and deliver successfully.

On the scene of the activity on January 7, Wu Qing, member of the Standing Committee of Shanghai Municipal Committee and vice mayor, announced the production plan of Tesla's domestic model Y model officially launched in Shanghai Super factory.

Wu Qing said that the landing of Tesla factory in Shanghai is a reflection of the optimization of business environment in Shanghai, and the automobile industry is also a pillar strategic industry in Shanghai.

Last March, musk launched a new generation of intelligent electric SUV, model y, to the world at the Tesla design center in Los Angeles. This model is a compact SUV developed by Tesla. This electric vehicle is the fifth vehicle launched by Tesla since its establishment in 2003. So far Tesla's "sexy (sexy) series" are all on the market.

Musk said on the spot that model y is an electric SUV that Tesla has built that consumers can afford, just like model 3 is a car for Volkswagen, both of which are Tesla's car consumer markets. 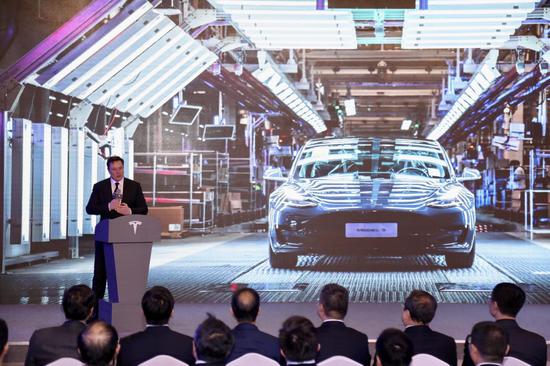 Before the delivery ceremony, musk excitedly performed an impromptu dance on the stage. Although the gesture seemed a little funny and clumsy, it could not conceal his excitement and excitement.

They buy Tesla for different reasons. Some are fans of musk, some want to use model 3 as their wife's birthday gift, and some agree with the future of the way electric cars represent.

After the delivery ceremony, musk also made a promise for Tesla's future. He said that he would like to thank Tesla China's employees, as well as the owners who believe in Tesla and buy Tesla. Before, it was more expensive for owners to buy a Tesla. Now Tesla hopes to make the product cheaper and more affordable. Now model 3 and model y are in China. In the future, more model series may be produced here, or even Tesla designed by China may be born.

A few days ago, on December 30, 2019, Tesla completed the delivery of its first model 3 to its employees. In the interview at that time, Song Gang, manufacturing director of Tesla's Shanghai plant, introduced that at present, the output of the Shanghai plant can reach 28 sets per hour, with a daily start time of 10 hours. At present, the output per week is more than 1000 sets, and it is expected to reach 3000 sets per week in the future.

"At present, the factory works overtime almost every day to meet the strong order demand." Song said that this year's production will be single shift, and next year's production will be double shift, and the output will double. The first phase of Tesla Shanghai Super plant has a capacity of 250000 vehicles / year, with a total capacity target of 500000 vehicles / year.

In addition, Songgang also disclosed that at the end of this year, the domestic Tesla Model 3 will realize the localization replacement of all parts. At present, the localization rate of parts in Tesla's Shanghai plant is about 30%, and it is planned to increase to 70% - 80% by next July. 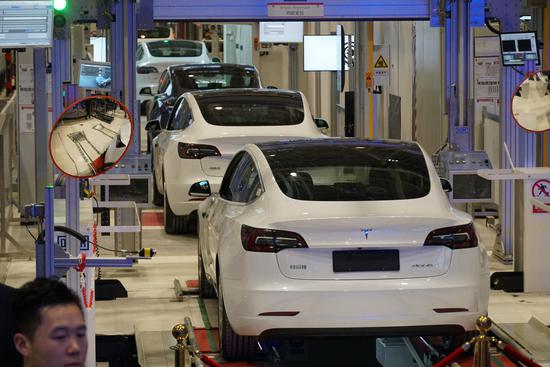 The localization of all parts and components also brings imagination space for further price reduction of domestic Tesla.

Wang Pingyang, an analyst at Soochow securities, believes that with the promotion of the domestic model 3 price reduction, the production capacity construction of Tesla's Shanghai Super factory exceeding expectations and the mass production plan of new models ahead of schedule, Tesla's auto sales are expected to grow significantly, and relevant electronic industry chain companies are facing important development opportunities.

The company's shares continued to rise on January 6 local time, boosted by Tesla's better than expected EV delivery data, rising 1.93% to close at $451.54. According to the closing price, Tesla's market value is US $81.4 billion.