Verizon: 5g millimeter wave will eliminate the need for public WiFi in most environments

At Tuesday's Citi Investors Conference, Ronan Dunne, executive vice president and consumer group CEO of Verizon, said in response to the trend to unload WiFi traffic that most people believe 70-75 percent of traffic on today's terminal devices is consumed through WiFi networks rather than cellular networks, according to foreign media. In the 5g world that Verizon is planning, Wi Fi is not considered. Instead, the company's new solution will promote indoor millimeter wave in many places.

In a world of 5G mmwaves,” we can't see future demand for WiFi because we have a safer network environment. We have higher performance standards and the ability to perform operations such as sessions, so our view is that, in the case of full deployment, public Wi-Fi will be eliminated in many environments due to the security, reliability and service capabilities of millimeter waves. said Ronan Dunne.

"We believe that the best end-to-end experience is to enjoy 99.9999% security in an end-to-end wireless environment Whether you are a consumer or a corporate customer. " 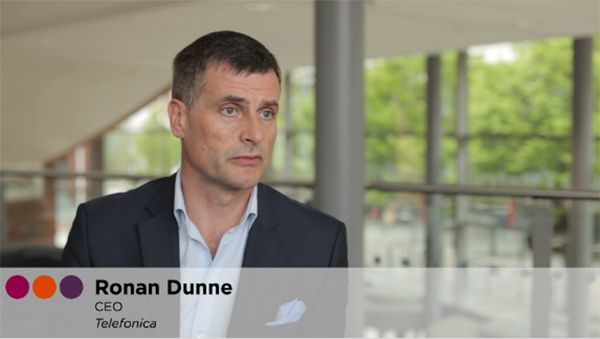 Asked about the implications of the number of cellular base stations needed to achieve that goal, he said the key lies in 5G indoor solutions, while Verizon is already studying repeaters and nodes in the indoor environment. This means using devices such as repeaters and extensions to cover places like residential areas and industrial facilities, much like the way you use Wi-Fi and mesh networks.

This is in line with what Nicki Palmer, senior vice president of technology and product development at Verizon, said last month during the Qualcomm snapdragon summit. In addition to repeaters based on new beamforming technology, 5g distributed antenna system (DAS) and other tools are expected to come out in 2020. She said that 5g Das equipment has not really appeared, but will be realized in 2020. Operators usually use Das in stadiums and other places to improve or expand network coverage and capacity.

Ronan Dunne said Verizon's focus on millimeter waves has been pioneering and that, with the advent of dynamic spectrum sharing (DSS) in 2020, all of its spectrum will eventually be able to deploy 5G.

This year, the price of millimeter wave terminals will be less than $800, and then less than $600, and the second half of 2020 will be crucial for Verizon's 5g home product, as high-performance CPE will be available.

Related news
In the 5G era, is WiFi being eliminated or is it becoming more powerful?
WiFi 6 is currently not suitable for individual users
Verizon: 5g millimeter wave will eliminate the need for public WiFi in most environments
Verizon launched a national 5g service in the US at the end of the year: preparing for the new iPhone
Hot news this week
||||||||
Samsung Galaxy note 20 exposure: S20 ultra with s pen?
TSMC's 5nm process performance is improved by 15% and the performance of AMD Ruilong 5000 processor takes off
The dark mode of IOS wechat online: is it "advice" to apple?
Tencent urgently launched the international version of Tencent conference voov meeting to compete with Microsoft and other companies
The Institute of Psychology of the Chinese Academy of Sciences and Tencent set up a psychological assistance platform to help psychological reconstruction
When Wuhan Optical Valley returns to work: Internet enterprises can apply for resumption of work and production, which shall be approved
After 00, the performer Ouyang Nana entered Taobao: the annual salary of millions is P8
Affected by the outbreak Microsoft Edge browser stabilized version suspended updates
Is it too troublesome for wechat QQ to forward documents? 14K gadgets are ready in a flash
The most popular news this week
Xiaomi's flagship razor on the shelf: 499 yuan, comparable to 2000 yuan
America's first confirmed case in the world! The U.S. president isn't calm enough to accuse GM of "bullshitting"
"Sharing employees" became popular overseas Amazon warehouse employees transferred to grocery distribution
RMB 2800 LG released 27 inch 240Hz IPS display: response time 1ms!
Amd ryzen 9 4900hs run point exposure: comparable to desktop ryzen 5 3600 (Figure)
New retail pressure behind Xiaomi's layoff
Reuters: 5g iPhone 12 mass production delayed
Samsung Galaxy fold 2 exposure: higher screen share, more extreme
ZTE AXON 11 hand :168 g/7.9mm 2698 yuan pull down 5 G threshold
Firefox still retains a lot of code from Netscape