TSMC's response to "manufacturing military chips in the United States": no arrangement yet

TSMC, the global leader in chip foundry, seems to have received an "urgent order" from the United States recently. Japanese Economic News reported on January 15 that US authorities are increasing pressure on TSMC to make a decision before the US election on whether it can go to us factories and produce military chips in the US.

It is worth mentioning that TSMC has been in charge of manufacturing chips for us F-35 fighters, but the production link is concentrated in Taiwan. The U.S. side now requires TSMC to lead its production line to the U.S. mainland for the reason of "based on national security". TSMC responded by setting up new plants in the US, but there is no similar arrangement.

According to Japan economic news, US government officials had communicated with TSMC for many times before the leaders' election in Taiwan on January 11. At the end of 2019, Ian steff, Deputy Assistant Secretary of the US Department of Commerce, also held a closed door meeting with Zhang Zhongmou, founder of TSMC, and Liu Deyin, chairman of TSMC during his "visit to Taiwan".

At present, entrusted by sarinx, the world's largest FPGA manufacturer, TSMC is currently producing military chips for the US F-35 fighter. However, the production process is concentrated in Taiwan and the final products are exported to the United States. By contrast, TSMC's only U.S. subsidiary, watertech, is responsible for eight inch wafer production, not involving military chips.

In response to the "emergency call" from the US, TSMC said: "new factories in the US are not excluded, but there is no specific plan at present." It's worth mentioning that SMIC was recently forced out of TSMC and won Huawei Hisilicon's 14nm order. The 14nm process is not TSMC's "main cash cow". According to the company's financial report, the 7Nm process accounts for 35% of total revenue in the fourth quarter of 2019.

However, from the market perspective, the news that TSMC "went to the United States to produce military chips" was hedged by the negative news that "the United States further suppressed Huawei". Reuters reported on January 15 that the US side will expand the control effect of the "entity list" and reduce the minimum standard of "US technology content" in third-party enterprises from 25% to 10%. Under the new rules, it is expected that more enterprises with business contacts with Huawei will be affected by the control of "entity list". TSMC has not violated the "25% red line" before and continues to supply Huawei.

Affected by this, TSMC US shares plummeted 3.2% on the 15th. 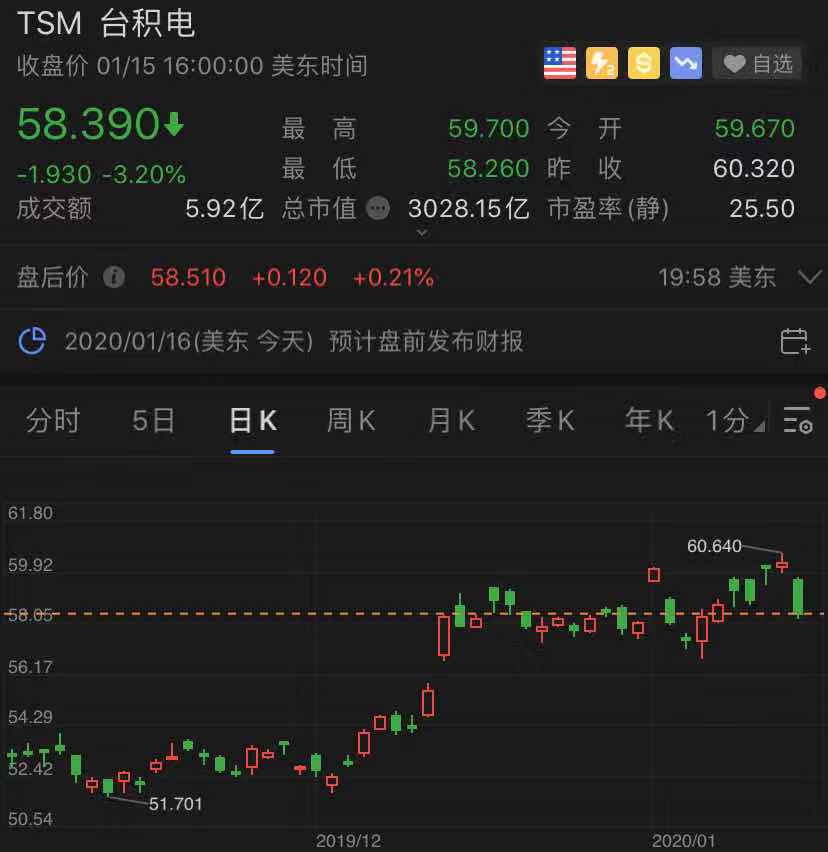