Although AMD's graphics card doesn't have any advantages in recent years, it will bring a lot of pressure to NVIDIA in some product lines, such asThe RX 5600 XT, just released, will be officially released on Tuesday 21, with a price of 279 US dollars / 2099 yuan.

RX5600XT's official targeting competitor is GTX1660Ti, which boasts a clear lead in performance but prices of $279.

Just after the RX 5600 XT was released, the RTX 2060 of evga and other manufacturers suddenly adjusted its price from $50 to $299. However, it was later said that this was an individual act of the AIC video card manufacturer, not an official action of NVIDIA, nor a deliberate action against the RTX 2060.

And just now, NVIDIA officially announced that RTX 2060 was officially reduced, with the original price of $349. Now it's $299!

NVIDIA has seen few official price cuts in recent years because of its obvious dominance in the market, and it is clear this time that the RX5600XT is under real pressure. Although gtx 1660 ti has not been reduced for the time being, but it combined with rtx 2060 double-sided click, and with the turing architecture, light tracking, high energy efficiency features of these highlights, counterattack amd is still very interesting.

RTX2060 in the domestic price reduction is not exactly news, but now generally only 2299 yuan, the lowest sold to 2199 yuan, and the lower GTX 1660 Ti has been as low as about 1900 yuan, there is basically no gap between the two, it seems that the RTX 2060 price reduction space is not large, of course, it is best to speak together. 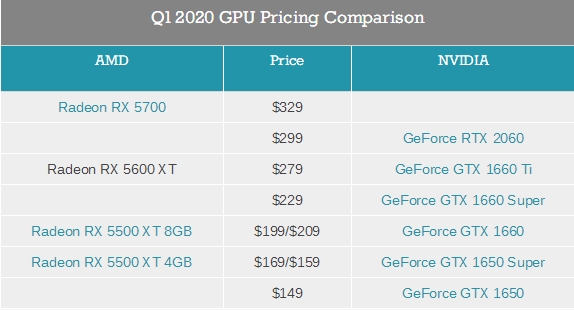