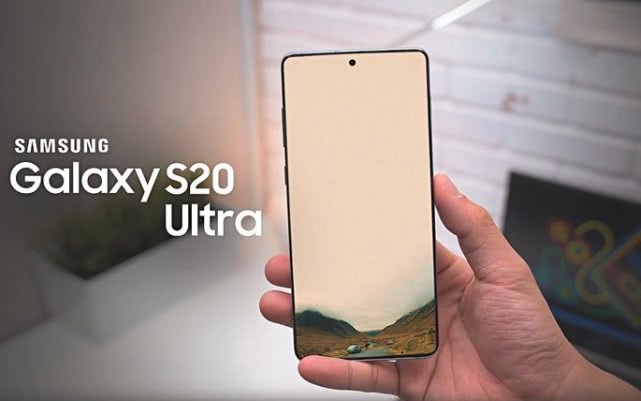 Tencent Digital News (WaterBlue) has naturally become the most-watched model of the three new Samsung S20 series due to its 100 million-pixel camera. Now, not only is the spy on the camera module on the back of the machine exposed for the first time on the web, but the information from the internal channel also reveals the detailed front and rear camera parameters of Samsung's S20 Ultra, confirming that it has a nine-in-one technology, and the speed of the film in 100 million pixel mode is about half a second to a second, but the fuselage is not as heavy as rumors suggest, but is close to Samsung Note 10.

Samsung's S20 Ultra confirmed it has up to 40MP front footage, which not only supports autofocus but also has 0.7, according to internal channel disclosures

However, perhaps because the front lens is as high as 40mp, the front aperture of Samsung S20 ultra is 3.7mm, which is slightly larger than the front aperture of the other two models in the series, which is only 3.5mm, which also means that the TOF camera is not integrated as the rumors in the past, and the pixel upgrade and improvement of night scene self shooting effect become the main upgrade of Samsung S20 ultra front lens Feature.

100 million mode, half a second

As for the rear camera of Samsung's S20 Ultra, the internal channel says it will carry a combination of a 100-megapixel 48MP periscope 12MP ultra-wide lens tof camera. Of these, a single pixel of 12MP is 1.4

It's worth noting that Samsung's S20 Ultra takes about half a second to one second in 100 million pixels mode, while there's no delay in the default 12MP mode. In terms of zoom function, the machine supports 10 times zoom when it is set to 100 million pixel mode, while 12MP mode brings up to 100 times digital zoom function. At the same time in the high-magnification zoom scene, the top right corner of the phone will have a view frame, it is said to be better anti-shake effect.

Although Samsung's S20 Ultra has a powerful photo-taking feature and is equipped with a 6.9-inch 120Hz hole-digging screen and even offers 5,000 Ma battery, the fuselage size has not become bloated and heavy. According to the internal channel disclosure, the fuselage thickness is only 8.8mm, but the weight is not the 221g disclosed by foreign websites, but is closer to the Samsung Note 10, and suspected insiders have revealed that the Samsung S20 Ultra weight is 198g, which is indeed closer to the Samsung Note 10. Samsung's S20 Ultra is said to be standard with 12GB of memory and a first-time 16GB memory high edition, but only in black and grey.