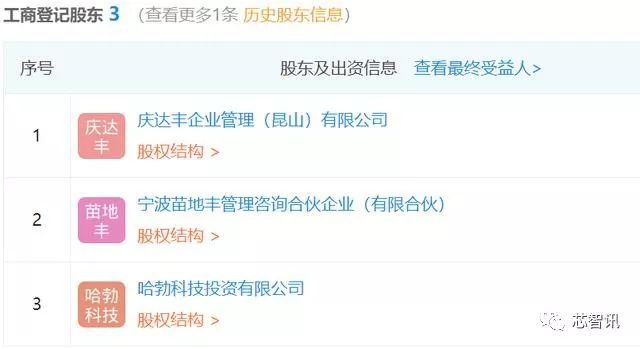 According to the data, Qinghong electronics is an enterprise specializing in connector products. The company integrates product R & D, production and sales. Its main products are industrial connectors and consumer electronic connectors. The products are suitable for communication networks, computers, servers, communication exchanges, smartphones, laptops, digital cameras and other fields.

Obviously, Huawei's stake in Qinghong electronics may have a great impact on Huawei's future connector supplier pattern and even the pattern of domestic connector market. After all, as the world's largest communication equipment manufacturer and the second largest smartphone manufacturer, Huawei has a huge demand for connectors, and many domestic connector suppliers have benefited greatly from the cooperation with Huawei in recent years. If Huawei will gradually turn its orders to Qinghong electronics, the existing connector market pattern will be broken.

What are the connector vendors for Huawei?

According to previous research reports of the FMI, the global cable and connector market revenue is expected to reach US $125.3 billion by 2022, with a compound annual growth rate of 11.1% in 2016-2022.

Founded in 2002, AVIC Optronics is a high-tech enterprise in China that specializes in providing interconnection technology solutions for defense and high-end manufacturing of military industry. Headquartered in Luoyang, it has branches and subsidiaries in Xi'an, Shenzhen, Dongguan, Shenyang, Qingdao, Taixing and Hefei. Listed on Shenzhen Stock Exchange in 2007. At present, it has independently developed more than 300 series and 250000 varieties of various connection products, and is the largest enterprise engaged in the production and research of optical, electrical and fluid connectors in China. By the end of 2018, the company has obtained more than 2800 authorized patents and formulated and revised more than 380 industry standards.

At present, avic's connector market in the field of communications occupies a large share, is Huawei, zte's main suppliers, and is the main supplier of domestic new energy automotive core connection system, has entered the jiang-huai, byd, yutong and other products supporting system. In the field of military products, AVIC's products involve the top ten military industrial groups, ranging from satellites, rockets to submarines and missiles.

AVIC optoelectronics said that the performance growth was mainly due to the accelerated release of orders benefiting from military products and the expansion of 5g communication, optical devices and cable components.

lixin precision was founded in 2004 and focuses on the development, production and marketing of products such as connectors, motors, wireless charging, fpc, antennas, acoustics and electronic modules. A-share public offering and successful listing in 2010.

There are two main reasons for the sustained and rapid development of the main business, one is the recovery of consumer electronics industry, the landing of 5g base station construction, and the other is the rise of Huawei.

It is understood that the company's performance changes in the first half of this year are mainly affected by the macroeconomic environment and changes in the scope of consolidated statements, and the revenue of household appliances and consumer electronics business has declined to a certain extent; due to the decline of the automobile industry, especially the domestic automobile industry, the revenue of electrical system business has declined slightly; at the same time, due to the increase of amortized equity incentive fees and labor in the reporting period The overall operating performance is under great pressure due to the rising cost and other factors.

Founded on April 27, 2006, Xinwei communication is one of the first batch of state-level high-tech enterprises, which was listed on Shenzhen Stock Exchange in November 2010. The main products of the company are antenna, wireless charging module and magnetic material, RF front-end device, EMC / EMI solution, cable and connector, audio / RF module, etc.

According to the data, mr. sinway is apple's core supplier and a major supplier to brands such as Huawei.

Referring to the reasons, xinwei communications said the profit level was affected to a certain extent due to the construction and relocation of new factories in shenzhen, Jintan industrial park and vietnam in the first three quarters. Now that the capacity of the above-mentioned factories has been gradually released, with the arrival of the peak season in the consumer electronics industry, the company is confident that the performance level for the full year of 2019 will be higher than last year.

Net profit of $100,000 for the year 2019 attributable to shareholders of listed companies, according to the latest forecast for its 2019 annual results

As early as 2014, through the interactive platform, aerospace appliances revealed that its supporting products in Huawei are mainly power connectors, RF connector series, etc., and obtained the main share of the supply of the above products.

Founded in 2006, eletronics specializes in the technical research, design, manufacturing and sales services of micro electronic connectors and interconnection system related products, which was listed in A-share market in July 2017.

Since the company's inception, the company has established long-term and close partnerships with well-known domestic and foreign companies such as Huawei, samsung, oppo, vivo, xiaomi and haekangwei, according to the official website.

According to the financial report, the operating revenue of the first three quarters of 2019 was 1.49 billion yuan, up 58.75% year on year; the net profit attributable to shareholders of listed companies was 140 million yuan, down 30.71% year on year.

Founded in 1973, yonggui electrical appliances, headquartered in zhejiang rooftop, is a national high-tech enterprise specializing in the research and development, manufacturing, sales and technical support of various electrical connectors, connector components and precision intelligent products. At present, the company's products have obtained more than 300 national patent licensing, with a number of independent technology research and development centers.

According to the latest 2019 annual performance forecast issued by Yonggui electric, it is estimated that the net profit loss attributable to shareholders of Listed Companies in 2019 will be RMB 320000000-325000000.

Founded in December 1995, Yihua Co., Ltd. is located in Yueqing City, Zhejiang Province. It is an enterprise focusing on the R & D, production and sales of connector and its component products, focusing on providing customers with perfect application solutions for interconnection products. The company was listed on the domestic A-share small and medium-sized board in September 2017.

After more than 20 years of development, the company has become one of the most powerful manufacturers of communications connectors in China, and has established a long-term partnership with famous enterprises such as Huawei, ZTE, Foxconn, Flextronics, Heshuo, Yaxu and TCL.

In March last year, Yihua said in the interactive platform that the company is the main supplier of Huawei connector products, providing USB, HDMI, high-speed connector and other products.

For the decline of performance, Yihua shares believes that the main reasons are as follows: the loss of newly established subsidiaries; the company attaches great importance to the R & D of new products and innovation of process technology, continuously increasing the R & D investment, with a large increase in R & D expenses compared with the same period of last year; the increase of foreign investment, resulting in the increase of bank loan interest; and the continuous growth of labor cost compared with the same period of last year.

Molex is also one of Huawei's leading suppliers, having been awarded the Huawei's highest gold content from 2013 to 2014

In 2015, MOLEX also won the title of Huawei's best partner (Gold Award). It is reported that this award is Huawei's only cable and connector supplier who has won this award. In addition, MOLEX ranks the highest among Huawei connector and cable suppliers in terms of quality and stability.