Voyager2 has been roaming in space for more than 40 years, and the years aren't spare, and it's starting to have problems with aging. NASA reports that engineers are working to get the probe back to normal and that the current malfunction has caused the ship to lock itself in safe mode. Voyager 2 failed to perform its intended manoeuvre on Saturday, January 25, when it was scheduled to rotate 360 degrees to calibrate its magnetic instruments, but the operation was delayed for some reason. In this way, it means that two special power consuming systems will run at the same time, and the available power will be exhausted. 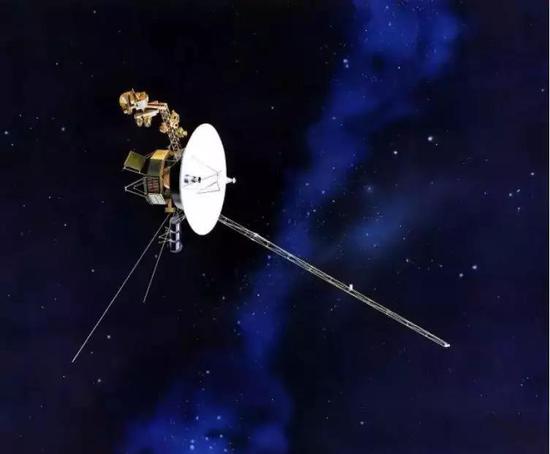 Since it is not possible to accurately send 11.5 billion miles (18.5 billion kilometers) of signals to the detector, Voyager 2 is designed to automatically respond to these conditions by entering a low power consumption mode, thereby preventing any permanent damage. Engineers at NASA headquarters can then communicate with the spacecraft to try to solve the problem.

As of January 28, the team managed to shut down one of the high-powered systems, allowing some of the scientific instruments to be reopened. the engineer is currently analyzing the data to find out the status of the remaining systems to find out how to further save energy and get the ship back to normal operation.

But because of the distance involved, the whole process has been slow. Since Voyager 2 and its twin Voyager 1 are both in interstellar space, it takes about 17 hours to communicate from NASA, and then it takes another 17 hours to get a response.

But hope remains that the long-standing spacecraft will soon restart and operate, returning more data from the edge of the solar system.

What is the next step for Voyager 2 to enter interstellar space?

What did Voyager 2 experience after a year of interstellar travel?