There are optimistic forecasts that the revenue of AMD's data center business will double again in 2020. 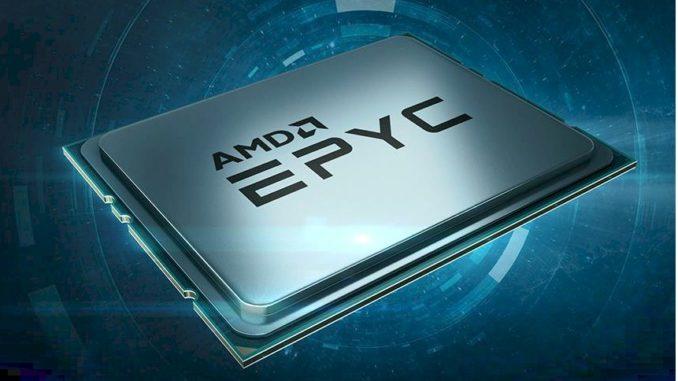 For specific business segments, AMD's PC business (including graphics card and PC chip) revenue was US $1.66 billion, up nearly 69% year-on-year, 30% month on month, exceeding the average forecast of US $1.5 billion of analysts surveyed by FactSet; non PC business (enterprise, embedded and semi customized departments) revenue was US $465 million, up 7% year on year, down 11% month on month, lower than the forecast of analysts surveyed by FactSet $4.4 billion.

Separately, it showed adjusted earnings of 32 cents per share, above analyst estimates of 30 cents. "In terms of servers, due to strong demand for the second generation of epyc processors, unit shipments and ASP are both up from the previous quarter, with double-digit revenue growth," amd chief executive Lisa Su said at the start of Tuesday's conference call

Of course, much depends on the third-generation "Milan" Epyc processor, which is expected to launch in the second half of the year. This means AMD can grow steadily in the server CPU market revenue, but can it double again?

In a conference call with analysts, it's clear that AMD's combination of these two seemingly disparate businesses has frustrated analysts. Wall Street analysts have tried various strategies to understand the actual decline of semi customized business and how its profit margin affects AMD's overall gross profit margin, but they have received vague statements.

Mitch Stevens, a capital markets analyst at RBS, candidly asked for a clearer explanation. "Basically, for the fourth quarter, the semi-custom business appeared to have fallen by 50 per cent or within that range. Is that so? asked Steve. "From a server perspective, perhaps qualitatively, how much revenue does cloud computing and enterprise computing actually have?"

Lisa Su's response provided only a little help and pointed out that the company believed that the revenue of the semi customized business in the second half of the year decreased by "up to 30%" or more, which may mean that the semi customized business fell by more than 36% in the second half of 2019. She also said about the cloud / enterprise mix in 2020, "it's going to change quarterly, but I think the best guess is, let's simply say the relationship between the two."

If AMD, like competitors Intel and NVIDIA, only provides specific figures (such as revenue and profit information) for its semi custom business and enterprise / data center business, it will save a lot of time. Analysts were clearly frustrated, and before the conference call, Wells Fargo analyst Aaron rakers wrote in a report: "amd needs to provide investors with more transparent revenue information, that is, more quantifiable details about servers and data center GPUs."

"Our business is divided into two parts, one is PC business (Computing and graphics) and the other is non PC business (enterprise, embedded and semi customized)," an AMD spokesman said in a statement "We do not report segments separately, but we do our best to provide valuable information and data to help investors best understand our business drivers."

The next platform speculated that AMD's radeon insight GPU accelerator achieved $82 million in sales, an increase of 28.4%, and epyc processor sales of $232 million, an increase of 55.7%, mainly driven by sales in Rome. Combined with their model, AMD's data center sales rose 14.8% to $314 million.

Of course, some analysts also think it's good if amd wants to continue to be seen as a PC company. But if it wants to be a server / data center provider, it needs more data for investors.

Otherwise, it may become increasingly difficult to see AMD as a strong competitor in the market.