NYSE parent company plans to buy eBay for us $30 billion 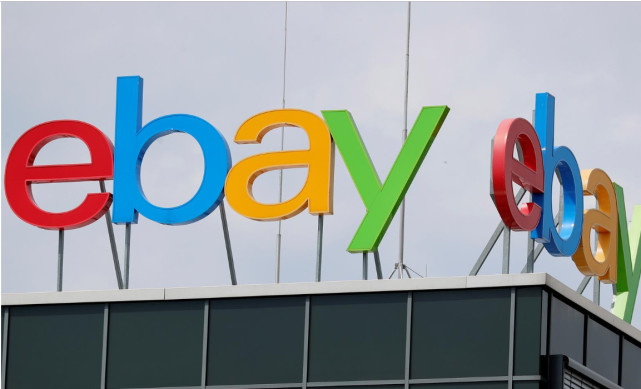 Tencent technology news, one of the u.s. e-commerce giants ebay was an established u.s. internet company, but so far, ebay has become less influential in the u.s. technology market than its former rival amazon. ICE, the parent company of the New York Stock Exchange, has contacted eBay to buy eBay for $30 billion, sources familiar with the matter said on Tuesday.

Foreign media reported that the acquisition would cost more than $30 billion, representing a substantial departure from the traditional business direction of financial markets on the intercontinental exchange. The move will use its expertise in operating financial markets to further improve the efficiency of eBay, an e-commerce platform.

Sources said the intercontinental exchange's interest in eBay was only preliminary and it was not certain whether a deal would be reached.

According to a leading U.S. financial media, ice is not interested in eBay's classified advertising unit, which eBay has been considering selling.

The news of the acquisition boosted eBay's share price, which closed up 8.7% Tuesday at $37.41, with the latest market value of $30.4 billion.

However, ice's share price fell 7.5% to $92.59, bringing the company's market value to $51.6 billion, with investors worried that the deal could affect ice's performance.

Ice and eBay declined to comment on reports of the deal.

Intercontinental exchange companies that operate futures exchanges and clearing houses are now under pressure from U.S. government regulators to freeze or reduce the cost of running financial markets, which has helped diversify their operations.

Earlier Tuesday, Starboard, a prominent U.S. activist investor, reiterated its call for eBay to sell its classified advertising business, saying it had not made enough progress in raising shareholder value.

EBay responded that it would carefully understand the starboard fund's letters and views.

eBay has shifted its focus to online advertising and payments as Amazon and Wal-Mart compete fiercely in eBay's online-market operations.

The company not only faced pressure from starboard last year, but also from hedge fund Elliott Asset Management. In a past deal, eBay told the company's top executive, Jesse

EBay also agreed in March last year to conduct a strategic review of its business, and in November it agreed to sell StubHub, a ticketing website, for $4.05 billion in cash.

The company is expected to provide the latest information on the classified advertising business this year, which Elliott values at between $8 billion and $12 billion.

According to reports, eBay has made several acquisitions in the field of classified information advertising in the past years, which has also become one of its core businesses.

Compared with Amazon, Walmart and other e-commerce platforms, eBay mainly deals with small sellers or ordinary consumers. In the e-commerce market, Amazon has become a giant enterprise in the world, and it has expanded to many fields such as cloud computing, becoming one of the five technology giants. In recent years, Wal Mart, the world's largest supermarket, has been rapidly catching up with Amazon in the field of e-commerce. In India alone, Wal Mart acquired flipkart, the largest e-commerce website in India, forming a monopoly situation between Wal Mart and Amazon in the Indian e-commerce market.

The above-mentioned starboard funds and Elliott are well-known radical investment institutions in the United States. These institutions often acquire a large number of shares in the target company, and then obtain board seats or support from retail shareholders, requiring the target company to carry out major business restructuring or spin off, so as to maximize shareholder value. For example, under the pressure of radical shareholders, the US Yahoo company has split up and sold its business, and now it has completely disappeared from the market. The starboard fund was also one of the radical shareholders who put pressure on Yahoo. (reviewed by Tencent technology / Chengxi)

Related news
NYSE parent company plans to buy eBay for us $30 billion
NYSE parent company has given up negotiation with eBay
Coupang, a Korean e-commerce giant, plans to acquire eBay's South Korean branch and go public in the United States next year
Hot news this week
"Sheep a sheep" fire, is expected to attract hundreds of millions of financing? But it doesn't have a license...
The first "zero carbon factory" in the ICT industry, Lenovo (Tianjin) Smart Innovation Service Industrial Park is officially put into production
Baidu Ping Xiaoli: The repurchase rate of users on Baidu App reached 60%, and the daily inquiries exceeded 4 million
Billions of euros in investment, Intel Italy chip factory will be located in the Veneto region, sources said
"Sheep a sheep" the whole network burst fire! The founder was the Alma mater system of exhibition card publicity
Huawei Mate50 is on sale: Kunlun glass version is difficult to find, the maximum price increase of the Porsche series
Tencent Music back to Hong Kong behind: online music "internal volume" intensification, short video will become a new growth rate
Intel failed to deliver on its promise: Summer is over and there's still no high-end, flashy desktop graphics cards
Xiaomi Civi 2 Stable Snapdragon 7:23 87mm2 Large-area VC liquid cooling, heat dissipation increased by 200%
"Look at the weather why do I need to renew membership"? Inkblot Weather membership service is a hot topic
The most popular news this week
Huawei Smart Screen portable version released: 10.4-inch 2K screen, 10995mAh battery
The world's first 6GHz frequency Intel high-profile announcement: the lead is indisputable
Do you have the opportunity to take noise -canceling ear to damage the hearing? Experts from the Three Hospital said that
Jump ticket 2 years "pigeon king"! Avx-512 is publicly supported for the first time in the Intel 60 core
I can't afford to live without Musk's help
Mobile phone fast charge new volume king Xiaomi three new machine into the network: the highest 210W?
Secretary -General of the Federation of Federation: Foreign artificial artificial Chinese online red cars have great advantages in China
Do you want to travel to space? Aerospace expert: China already has technical conditions
The strong response to the iPhone 14 Pro Max could widen the gap between the iP15 Pro series
Intel's Arc A7 flagship graphics card debuts in private: Just these two