NASA report: Voyager 2 is back to normal 11.5 billion miles (pictured)

When the equipment encounters a fault, the maintenance can be completed by observing, analyzing the problem performance and confirming the cause, disassembling and replacing parts. But for NASA engineers, this is often unrealistic. When a spacecraft, satellite or space probe fails, they have to find out the cause of the problem and tell these high-tech precision instruments how to do to return to normal, which is undoubtedly a very difficult process. But fortunately, NASA has accumulated rich experience. 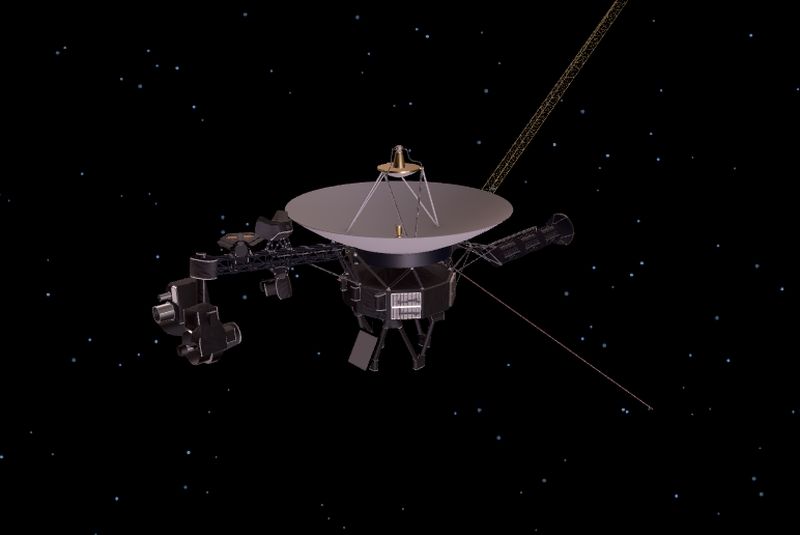 The Voyager 2 probe has been roaming in space for more than 40 years and has begun to present problems with aging. NASA reports that engineers are working to get the probe back to normal and that the current malfunction has caused the ship to lock itself in safe mode.

Voyager 2 failed to perform its intended manoeuvre on Saturday, January 25, when it was scheduled to rotate 360 degrees to calibrate its magnetic instruments, but the operation was delayed for some reason. In this way, it means that two special power consuming systems will run at the same time, and the available power will be exhausted.

Since it is not possible to accurately send 11.5 billion miles (18.5 billion kilometers) of signals to the detector, Voyager 2 is designed to automatically respond to these conditions by entering a low power consumption mode, thereby preventing any permanent damage. Engineers at NASA headquarters can then communicate with the spacecraft to try to solve the problem.

The power supply of Voyager comes from the radioisotope thermoelectric generator (RTG), which transforms the heat from the decay of radioactive materials into electrical energy, and provides power for the spacecraft. Due to the natural decay of the materials inside the RTG, traveller 2's power budget is reduced by about 4 watts per year. Last year, engineers shut down the main heater of the Voyager 2 cosmic ray subsystem instrument to compensate for this loss of power, and the instrument continued to operate.

The team spent several days assessing the current situation, largely because of Voyager 2's distance from Earth (about 11.5 billion miles (18.5 billion kilometers)). Communication at the speed of light takes about 17 hours to reach the spacecraft, while the response of the space shuttle takes another 17 hours to return to earth. As a result, mission engineers had to wait about 34 hours to determine if their orders had the desired effect on the spacecraft.

In the February 5 updateNASA says:

This is obviously good news, but it also reminds traveller 2 how incredible the technology is. What we're talking about is a machine that started in the 1970s and is still running today, returning valuable data as it escapes from the solar system and into the unknown.

Related news
NASA reallocates resources to extend the life of Voyager deep space detectors
NASA's Voyager 2 probe has uncovered new mysteries at the edge of the solar system
NASA reports that Voyager 2 has encountered technical difficulties
Miracles NASA fixed Voyager 2 flying out of the solar system
NASA report: Voyager 2 is back to normal 11.5 billion miles (pictured)
NASA remakes the famous "dim blue dot" image taken by Voyager 1
Hot news this week
||||||||
Celebrating Hubble's 30-year launch of NASA's "birthday universe" special page
TSMC's 5nm process performance is improved by 15% and the performance of AMD Ruilong 5000 processor takes off
Official disclosure of Lenovo's 2020 model Savior: 30% reduction in charger volume
HuaweiP40 release: with HMS hard-core google, no price increase to grab the global high-end machine market
Twitter is a good product, but its shareholders don't have to
Samsung and LG will send 430 employees to Vietnam to support smart device production
A Brief History of Huawei and Xiaomi
Sony Xperia 1Ⅱ detailed specification exposure: sony IMX557 exclusive lead UF3.0
Windows 10 cumulative update kb4541335 release: fix start menu problems (Figure)
The most popular news this week
Dong Mingzhu: Gree lost 10 billion in February and built 500000 masks a day
U.S. Electric Vehicle Inc. Lucid Motors postpone the release of mass-production Lucid Ai
7Nm Ruilong 4000 notebook CPU is praised as AMD's best media / self media 0 poor review in 10 years
TSMC said that the mass production of Apple A14 chips was "on track"
Tencent launches QQ app for wechat transfer
A field visit to Apple's Daidai factory: 30 thousand people are recruited in five days, and mass production of new iPhone is on the way
Huawei is under the entity list in the whole year: 2020 is the key year to test the supply chain
Direct half price! Microsoft's official turn over of surface
Huawei wins the bid for Mobile's 133000 5g base stations and Nokia is out due to its high quotation
Lenovo confirmed as the first batch of cooperators of Luo Yonghao's live broadcast products, which will mainly promote the online class platform